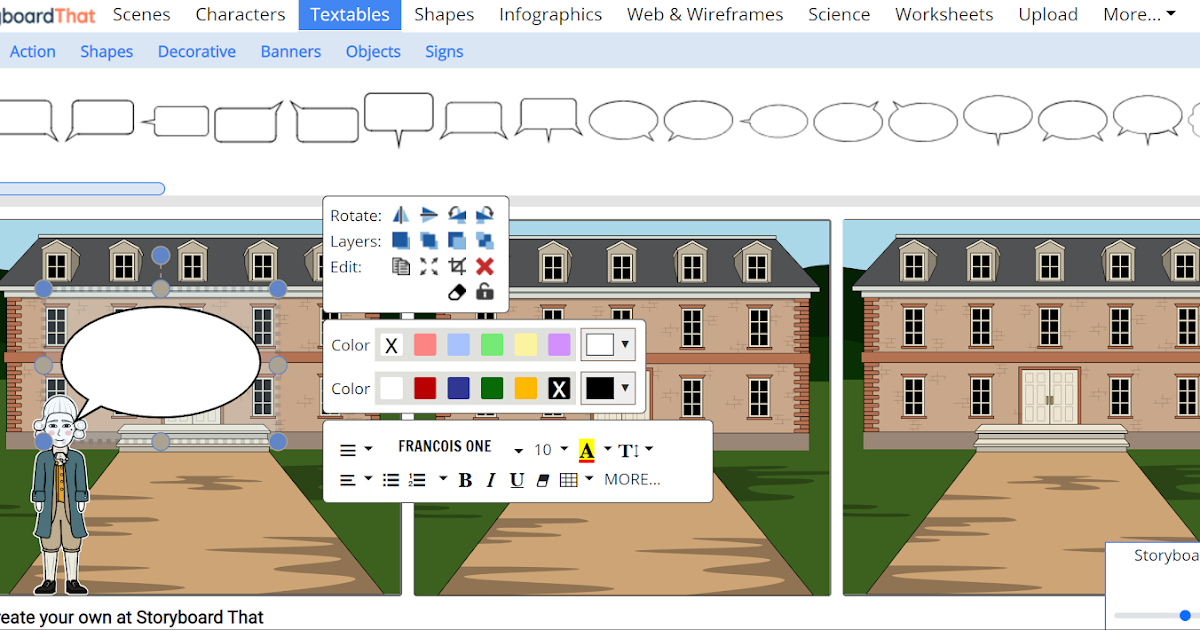 My first teaching position was as a mid-year replacement for a literature teacher who left to become the head of an ESL/ELL program in another school district. That teacher left behind a stack of comic book versions of Romeo and Juliet along with a note along the lines of “these might help with your reluctant readers.” She was right!

What I learned in using those comic book versions of Romeo and Juliet was that comics can help emerging readers understand the key points of fiction and non-fiction stories. Of equal importance those comic books helped me get kids excited to learn more of the story and ask questions about details of the story. Eventually, I progressed from having students read comics to having students create comics about fictional and real events.

Much like reading comics can get a reluctant reader interested in a story, creating comics can be a great way to get reluctant writers to put pencil to paper (or digital ink to digital paper). Over the years I’ve had history students create comics to tell stories from the Lewis & Clark expedition, to illustrate letters written by American Civil War soldiers, to create modernized dialogues between historical people, and to try their hands at crafting political cartoons.

Let’s take a look at some ideas and tools for crafting comics in history classrooms.

Biographies and Dialogues
Create short biographies of historical figures. Have students select a key moment from a person’s life. Then ask your students to illustrate that moment. For example, students studying John F. Kennedy could create comics to illustrate a conversation between JFK and Bobby Kennedy during the Cuban Missile Crisis.

If you want students to create comics to illustrate conversations in languages other than English, Make Beliefs Comix is a great choice because it supports six languages in addition to English.

Modern Communication Between Historical Characters
How might history have been different if the communication technology we have today was available 200, 300, or 500 years ago? Ask your students to think about that question and then illustrate the outcome. Students can use the SMS Generator from ClassTools.net or the wireframes in StoryboardThat.com to simulate text message and or email exchanges between historical characters like George Washington and Ben Franklin.

Illustrate a Sequence of Events
Illustrate a timeline of an event or series of events. Rather than simply writing summaries of key events, students create illustrations of the events. Canva is a good tool for making comics to illustrate a series of events. Not only does Canva provide comic templates, it also provides timeline templates. And you can mix elements of both templates. A demonstration of how to create a comic with Canva is available here.

A Comic Diagram
Have students create a comic diagram to explain how a bill becomes a law. Creating a comic diagram is a good way for students to show what they know about all of the powers and responsibilities of each branch of government. Within each branch of the diagram students can include comic frames to illustrate the types of conversations and debates that politicians have with each other and lobbying groups as a bill proceeds through the process of becoming a law. You could have students do this in Google Slides or PowerPoint by following the model in this video.

Illustrate Letters
As I mentioned in the opening section, years ago I had some of my students illustrate letters written by Civil War veterans. When I did that I had my students choose from a selection of materials that I found through the Maine Memory Network. Students then used StoryboardThat.com to illustrate parts of the letters they chose.

Many state and local historical societies have collections of letters that you can access online and share with your students. The Library of Congress has a program called By The People that offers thousands of primary source documents for students to access.

Telegram adds another antitrust complaint for Apple to ponder – Telecoms.com

A Few Tips for Getting the Most Out of Webinars

A Fun and Educational Use of Cardboard Boxes