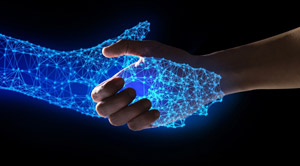 The fact that today’s population is connected than ever before and yet stays disconnected is the bane of this digital age.

FREMONT, CA: The 21st century has been undergoing a major digital transition for the past two decades. Digital transformation has evolved tremendously, and it has had a significant impact on our lifestyle. From social networking to OTT streaming, digital living has been inevitable and has made our lives better.

That being said, digital life has its own set of cons that should be considered.  It is true that we are losing touch with many challenges immersed in the digital world. Since the virtual world has better attractive options that can engage and excite our minds, we tend to spend more time virtually than in the normal society. This is why there is a relevance to the concept of co-reality.

Co-reality can be a solution and platform where people can come together to play, work and build together in both the physical and digital realm at the same time. Global tech companies are highly invested in this concept and have started experimenting on various projects. Initial projects applied to board games have quite a success rate which means this concept can be a reality in the future. Self-driving cars, robotic kitchens, humanoid robots, mixed entertainment centers, and experiential museums can be expected in the near future.

Co-reality is something that can bring people back together, which will later lead to stronger bonds and relationships. Even though today’s population is virtually connected, there is a considerable gap to be bridged in order to nurture healthy social connections. If a scenario arises where people can get the best of both worlds, it will bring more people together.

Courts side with FCC in red tape cutting mission – Telecoms.com