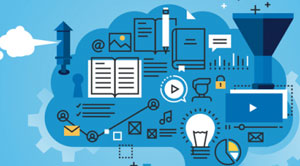 Tech giants and experts believe that this is the time to discuss the concerns regarding the future of AI as this technology is growing at a rapid pace.

FREMONT, CA: AI and Ml are the most hyped technologies of this century. Over the last few years, this tech has grown exponentially and has and continues to have a huge influence over almost every industry sector. Experts say that AI and ML can reach their maximum potential within the next decade and thereby might become the most powerful technology the world has ever seen. This is where a few of them raises a concern.

With such a powerful advancement gaining strength and capability, certain ethical dilemmas need to be considered before AI takes over. One such matter is biased AI systems. Since the AI codes are mostly generated by humans, over time, there is a chance where a bias can be formed or developed into the AI systems without even noticing. A real-life example of this scenario is that a retail giant’s recruiting process was highly biased towards male candidates since the historic recruiting data had a majority of male candidates, and the AI picked up the pattern from the data. To avoid such situations, it is important to get rid of biases and develop an ethical and responsible AI system.

Secondly, concerns are raised regarding autonomous things, especially in the case of self-driving cars and drones. The reason self-driving cars are still not mainstream is that manufacturers and tech companies haven’t tackled the security and safety risks of a car without a human driver. With accidents and failed experiments being reported, AI has a long way to have an AI-driven car to be seen on common roads. Similarly, drones also come with ethical issues. Drones or lethal autonomous weapons (LAWs) are the weapons used in the military. These LAWs can identify and engage with targets based on the program codes and descriptions. There have been debates going on the ethical issues of having AI in military arms.

Above all these issues lies the most crucial one, the concern of unemployment. According to reports, within 2030, AI can replace almost 30 percent of current human labor. By various adoption methods, automation can displace around 800 million jobs and may force around 375 million of the population for a career switch.

However, the growth of AI is inevitable. It will continue to evolve and may reach a certain advanced level where more revolutionary innovations can be expected. There are certain methods to be considered while AI continues its saga. For instance, maintaining transparency and developing a diverse AI research group are highly important to have a legal framework in countries according to the technological advancements. This way, AI ethical concerns can be managed and handled to an extent.

Intellivision shows off Amico’s hardware design, with a Qualcomm processor

Another Facebook worker quits in disgust, saying the company ‘is on the wrong side...

Digital Treasury Transformation Is Full-Steam Ahead