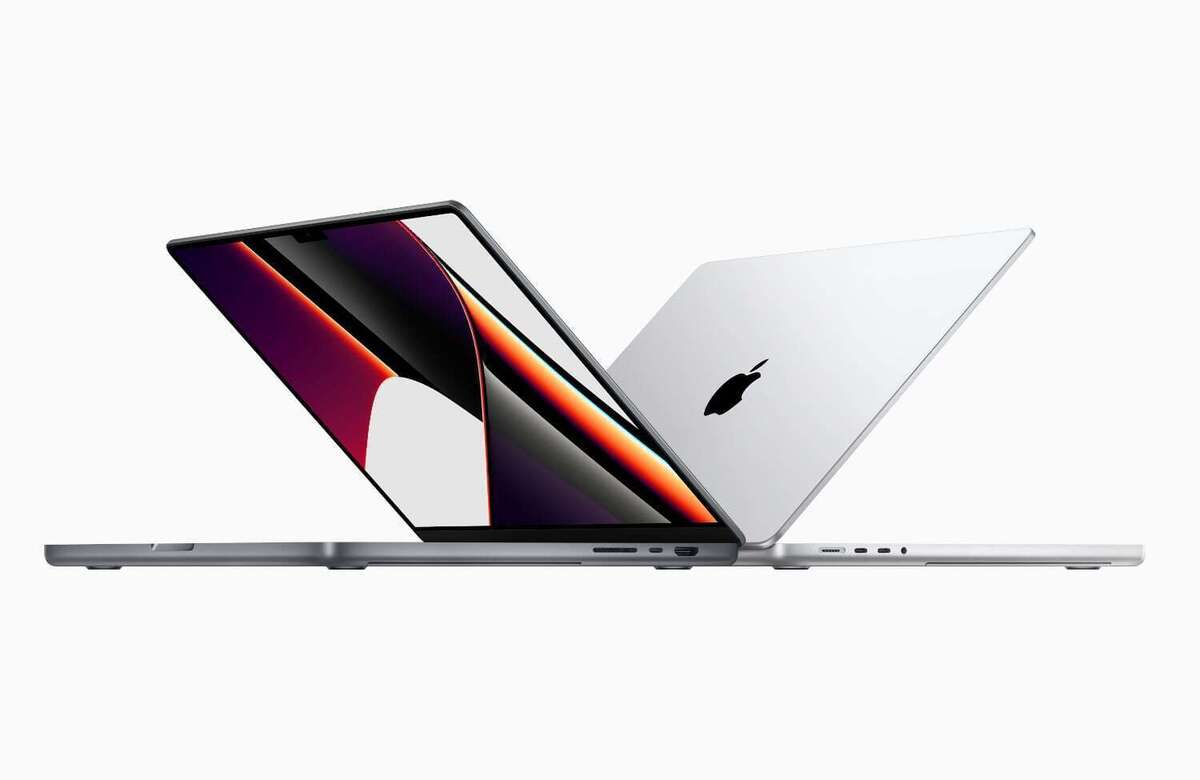 In all my years of Apple reporting, I’ve never seen a change of this magnitude for the Mac.

Since I first began reporting on Apple’s business in 1999, I’ve watched as Apple tried really hard to explain the good points of each iteration of the old G-series Macs. I was pleased at the performance gains the Mac got with the Intel chip. But this? This is something quite different.

Probably the best notebooks in the world

At its October 18 Unleashed event, Apple announced its all-new MacBook Pro lineup. Available in two sizes, 14-inch and 16-inch, the new systems are powered by the company’s proprietary M1 Max and M1 Pro processors, which build on the M1 System on a Chip (SoC) introduced last year.

Apple says these Macs deliver GPU performance that’s equivalent to the best available high-end PC laptop, but use an astonishing 100 watts less power. Benedict Evans (no relation) noticed that these new Macs will carry a chip that itself has twice as many transistors as all the CPUs the company shipped in 1984.

With up to 21 hours battery life.

What this means is that you can take these powerful systems anywhere, engage in the most demanding computational tasks, and there is a pretty good chance you’ll still have enough power to place a FaceTime call (using the much-improved webcam) to the family before you spend the next couple of hours kicking back to watch Foundation again on the way home.

If you need a quick power boost, the new Macs support Fast Charging, which means you can charge them to 50% power in just 30 minutes. For business users, that’s just about long enough to enjoy a little food and a refreshing drink in the airport lounge while waiting for your flight. For people working in the most demanding situations, that Fast Charge facility will be critical in some scenarios.

But the best thing about these Macs is performance, not battery life.

Reprising just some of the data

During Apple’s event I extracted a few data points:

TL;DR? Apple has leapfrogged Intel and AMD with these chips.

“The advent of Apple Silicon has been a shot in the arm for the MacBook lineup, and today’s announcement underlines Apple’s determination to accelerate the growth of its laptop business,” said Ben Wood, CMO and Chief Analyst at CCS Insight. “The performance of the M1 chip in MacBook products released to date is a major endorsement of Apple’s investment in custom silicon. The M1 Pro and the M1 Max chips take this to new levels with further improvements in performance and battery life.”

You can read Apple’s press releases here and here, and its tech stuff right here.

But I don’t see the sense in reprising too much data you can find elsewhere.

That data will tell you what I’m saying to you now: These Macs are the most remarkable upgrade I’ve seen yet from Apple (and the Mac Pro is still to come, so…) and there is nothing on the market that competes with them when you combine up-front costs and TCO. I stand to be corrected on that, but I think this is what we’re about to find out.

Don’t let that data point slip by you — it effectively means Apple has just put one of those reference displays that used to cost $40,000+ inside a notebook Mac that costs a fraction of that. (For reference, Apple introduced the 32-inch Pro Display XDR alongside the Mac Pro at WWDC June 2019. I was there. I saw about six reference display systems that cost tens of thousands of dollars side-by-side. I know — because I’ve seen them — how good Apple’s Pro Display XDR is in comparison.)

Now it’s in a Mac you can carry under one arm.

(I can’t promise the screen brightness is equal, as we’ve not seen the comparisons yet.)

Don’t get me wrong. I was blown away, too, by the Intel i9 16-inch MacBook Pro in 2019. I called it “absolutely the most capable Apple notebook I’ve ever used.” So it must be worth observing that these new Mac iterations deliver four times the graphic performance of those machines.

That’s not just for gaming. Enterprise users will exploit the potential of these Macs for everything from machine learning to high-end graphics design, scientific research to computational physics.

Does anyone else out there recall when Steve Jobs spoke up for the Xserve and praised the 15 gigaflops of performance that machine delivered? The M1 Macs already bring us many times that. The M1 Max and Pro deliver even more.

Bottom line? Enterprise users need to know that if you want to get some work done, these Macs are far more than capable of getting that work done for you. Probably for the next few years. Because that’s the thing, you see: When you pimp out product with this kind of power, efficiency, and performance, you’re also future-proofing the investment.

I predict these Macs are going to have strong second-user future for many years to come, because even in five or more years’ time they will still be better to use than most entry-level PCs.

We just saw Apple launch new Macs that — on paper at least — promise an enormous leap in power and performance. That means these machines should deliver immediate productivity advantages to anyone using software optimized for the new chips.

“These products add to the biggest hardware cycle (with iPhone 13 leading the pack) at Apple in roughly a decade and remains a major growth catalyst for the story heading into 2022,” said Wedbush analyst Daniel Ives, as reported by PED30.

Since nobody has one yet (*sigh*), we don’t know how well these systems will perform in the real world — I doubt many outside Apple do. We also don’t know if these systems will outperform high-end PC desktops, but they probably will. We will need to wait on those real-world performance tests.

Perhaps the biggest immediate endorsement for this event is the 10% uptick in AAPL stock price as analysts look at these Mac beasts and see Big Mac Sales ahead.

Based on what we’ve been told, these Macs deliver a step change in performance that will make them the world’s most popular systems among those who want to get things done. They look good, have plenty of interconnects (including MagSafe, which doesn’t wreck your Mac if accidentally pulled out), and will run all your enterprise iOS apps — that’s even before you stop to consider the vast security benefits Apple has built into these machines.

“Organizations need to be willing to look at employee productivity and preferences, and the fact that Apple is continuing to advance its tools to give users what they need to get their jobs done well and in their preferred manner is only proving that they’re listening and making changes every day to be the number one device ecosystem in the enterprise,” said Jamf CEO, Dean Hager.

If your company runs an employee choice hardware program, don’t be too surprised to see a few of these being picked up. If your company doesn’t run one, then your staffers are probably going to wish you would.

iOS 15: Apple sets the scene for the next big thing

Microsoft to replace legacy Edge in April with Chromium-based version