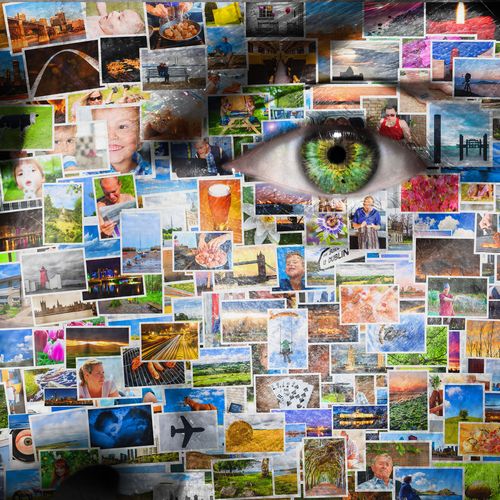 There’s been a lot of focus over the last few months on freedom of speech and censorship online. What began with Alex Jones and David Ike a number of years ago has morphed into bans for Steven Crowder, Project Veritas, Articles of Unity (a campaign to reject the two party system), Unity4J (an account supporting Julian Assange), a host of members of the Occupy movement, and the most high profile example, then President of the United States, Donald J Trump.

I’ll address the issue with censorship at another time in another video, but today I want to talk about something I consider to be even more dangerous. The harvesting of personal data and micro-targeted ads online.

If we go back 20 years before big data and social media took over the world, political advertising and campaigning was based almost exclusively on basic demographics. White women, Hispanic men, Elderly voters, students, this sort of thing. Location was also important – you wouldn’t use the same speech to talk to voters in Camden and the Cotswolds or Devon and central Manchester. It’s only logical to talk to voters about what matters to them and, if you’re a politician, what is going to make them get out and vote for you, maybe even convince others that they should vote for you as well!

Then came the internet and soon it birthed Facebook, Twitter, Google, YouTube et al. All of a sudden a handful of companies from Silicon Valley had more information on you, your personal life, and your likes and dislikes than anyone other company in the history of the world – some researchers even claimed that Facebook had a more intimate knowledge of you than your parents, siblings, or partner. These companies very quickly understood the advertising power that this data gave them. We became the product, our data and their understanding of our every click and like became and unfathomably valuable tool for businesses to exploit to sell you a product. It was only a matter of time before they were marketing something more than weight loss pills or your next holiday.

In 2013, two psychologists at Cambridge University’s Psychometrics Centre, Michael Kosinski and David Stillwell, ran a research project where they legally harvested Facebook data. They published a peer-reviewed paper that claimed they could determine everything from personality traits and political partisanship, to sexuality and more simply by correlating and examining Facebook likes and the results of a personality quiz. They used a quiz called myPersonality to score users on the ‘big five’ personality traits – Openness, Conscientiousness, Extroversion, Agreeableness, and Neuroticism and correlated them with the Facebook likes of each individual. Former Cambridge Analytica CEO Alexander Nix explained to Bloomberg,

Some of these patterns are quite strange; for example, people who liked ‘I hate Israel’ on Facebook also tended to like Nike shoes and KitKats. One internal email seen by The Guardian showed that they were particularly interested in Facebook users who ‘liked’ Mitt Romney, Walt Disney World, the US Marine Corps, and Coca-Cola.

Brian Resnick of Vox.com argued that whilst these personality traits may have an effect over our decision making on political issues, we are also influenced by ‘our ideologies, and our personal history’. Though he does concede that these are all intertwined. Our personalities are informed by our genetics and crafted by our personal history, just as our personalities, in turn, construct our ideologies. That seems fairly straightforward in theory. How difficult can it be for data scientists and psychologists to take what they know about advertising to particular personality types and apply it to political messaging? Isn’t that what politicians have been doing for years? Conservatives in America have spent decades honing the Fox News brand to represent exactly what they know appeals to the Republican base, whilst at the same time steering them in the direction they want. The British press has arguably been even more successful in cultivating an anti-EU audience based on fears of immigration and a loss of sovereignty.

So why am I telling you all this? It’s because we have to understand the power of this targeted advertising to disrupt politics and win election campaigns. Political campaigns become a test of who has the most efficiently targeted adverts rather than who has the most popular ideas. Adverts targeted to personalities have 40% higher levels of engagement and politicians are throwing more and more money at digital campaigning with every election that comes around. The budget for the Brexit campaign in 2017 was set at £7 million for each of the major campaigns on either side. In 2019 the Tories alone spent over £16 million and that will be topped again undoubtedly whenever the next election comes around. The Leave campaign paid for 1 billion ad impressions; do you really think they are wasting their money?

The 2018 Alabama Senate race was never going to be boring, especially when a study was approved to test the influence of micro-targeted digital propaganda on a voting population. Then Roy Moore and Donald Trump got involved.

David Goldstein, a US electoral expert and consultant, became intrigued by the tactics that were used by the Trump and Brexit campaigns to win against the odds. ‘It is so rare and so hard in politics to pull an upset. They are few and far between,’ he told Planet Money. Yet somehow, one company pulled off two upsets in the space of 6 months. Cambridge Analytica. We’ll get to the company itself a little later, but here I want to examine some of the tactics they used to try to swing the election and assess whether there is any demonstrable impact on the results of elections.

Goldstein believes that this is comparable to an arms race, with Democrats in America or Remainers in the UK falling far behind. Initially, the Alabama Senate race to replace Jeff Sessions (who was named as Attorney General by President Trump) didn’t seem like one that Democrats could win. They hadn’t had a senator there in over 25 years. But Goldstein simply had to prove that their methods could be demonstrably proven to have impacted on voting patterns.

He picked three districts to test on and three control districts and assembled a team of individuals to pump out a constant stream of content. He actually found that amateur levels of graphics production worked best, it feels more organic and fits with the types of adverts you might expect to see on social media.

They produced content for both sides, designed to discourage Republicans from voting or to encourage Democrats to get to the polls. When a user clicked on one of his adverts, they would be taken to a personally curated website, in the case of Democrats it was designed to uplift them and make them feel positive about voting for their candidate. For moderate Republicans, he sent them to a page filled with news stories about how other Republicans are planning to write in other candidates and for conservative Republicans they were sent to a page filled with content on how terrible Roy Moore was as a candidate. None of the stories were ‘fake news’, it was all real and accurate content from around the world. He was hoping to help construct a fake view of the world from real stories, encouraging the creation of a digital echo chamber.

Everything went live just 10 days before election day, research told him that is the most effective time to launch this sort of digital campaign. In a tight election race, you might only need to change the opinion of one or two people out of every 100 and with Roy Moore (who was accused of sexually assaulting several women at the time) on the ballot with Trump’s backing, the stage was all set for controversy galore and a much tighter race than would normally be expected.

To Goldstein’s shock, he found that the most engaged group was conservative Republicans. Engagement is one thing, but did the experiment have any real impact on voter turnout or voting behaviour? Democrats targeted with his adverts and websites turned out at a rate 4 per cent higher than the control group of Democrats, more than the margin of victory in tight elections. Moderate Republicans turned out 2.5 per cent less than the control group and conservative Republicans at a 4.4 per cent lower rate than those who didn’t see Goldstein’s adverts. Roy Moore lost the election to the Democrat Doug Jones by 1.5 per cent of the vote, just over 20,000 votes across the state. Goldstein estimated that he was able to affect roughly 8-9000 votes. There are far too many variables to verify whether he was able to have any impact, perhaps Doug Jones held some big rallies in the test districts and drove up Democratic turnout.

Obviously, it is very difficult to draw causation with correlation, but at this point, the idea that you could swing an election with digital advertising is far from wild speculation. There exists demonstrable evidence of digital campaigning affecting real-world elections. Goldstein spent just $87,000, not exactly a huge sum in US politics. How much impact do you think you could have with more resources and more data?

This is something we need to address. Politics should belong to those with the strongest message and the most people on the ground knocking on doors and organizing rallies, not on who has the biggest budget and the best data analysis. We need to reign in political advertising online, perhaps ban it altogether, before it destroys and corrupts politics and democracy altogether.