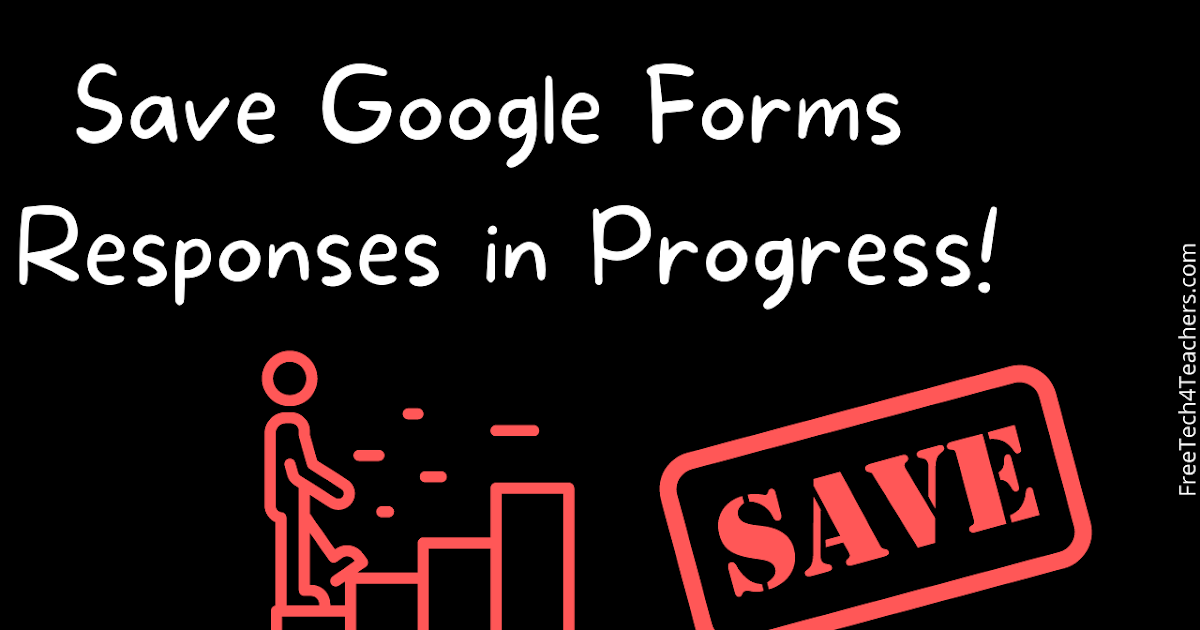 About a month ago Google announced that they were finally adding an autosave option to Google Forms. This new features lets students leave a Google Form and then come back to it later to finish answering the questions on it. The option to save work in progress in Google Forms is rolling out to all users over the next few weeks. If you haven’t seen it or tried it, take a look at my short video to see how it works.


Saving Google Forms responses in progress has been a feature that teachers have requested for as long as I can remember (and I’ve been teaching with Google Forms longer than most middle school students have been alive). Students will no longer have to start over if they get disconnected from the Internet or the bell rings to end class before they’ve finished answering all of the questions on a Google Form.

There are some situations in which you may not want students to be able to come back to a Google Form to finish it after they’ve started. For example, a student intentionally taking a long time to answer quiz questions so that he/she can return to it later after looking up answers. In that case you can disable the autosave option on that particular form.

IBM unveils cloud for 5G telcos, gets Nokia and Samsung as partners