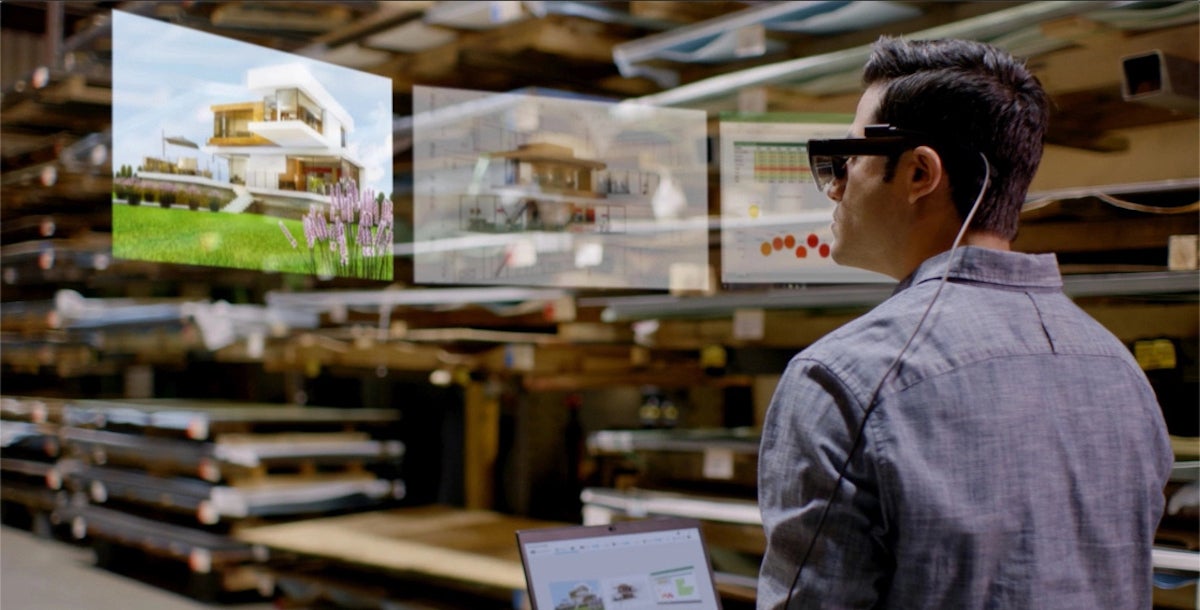 Disclosure:  Most of the vendors mentioned are clients of the author.

This week’s Lenovo Tech World 2021 offered up one of the more exciting product announcements of late: the Lenovo ThinkReality A3 Smart Glasses. Though they had been previewed earlier this year at CES, this was their more formal coming-out party.

There are three limiting factors to making PCs wearable and far smaller than today’s laptops: the keyboard, mouse, and display. All set a laptop’s smallest reasonable size at about 12 inches diagonally.  Sure, you can make them smaller, but the market hasn’t exactly welcomed smaller laptops well. (HP had a very small designer line that looked good but didn’t sell well, and Sony, before it exited the market, tried several that also failed to gain traction.)

It is interesting to note that the first time I tried on a set of smart glasses was in the early part of the century; they came from Sony, cost a whopping $21,000 and were designed for use by surgeons in the operating room. I took the glasses to a LAN Party (where people connect computers to play eSports), and they were a big hit because they worked as well as a monitor and were a lot easier to transport. But the price tag was too rich for gamers, plus you couldn’t see your hands — making it easy to mess up your finger placement on the keyboard.

While the ThinkReality A3 Smart Glasses are designed to improve remote collaboration, their ability to hook into a smartphone makes them an ideal testing platform for Microsoft Windows 365 on a mobile device. You can expand your view into something that could exceed your office monitor setup (since they can show up to five virtual monitors).

The ThinkReality Smart Gasses weigh three-tenths of a pound, use Qualcomm’s XR-1 SmartViewer and have a resolution of 1080p per eye; compared to most laptops, they fall short of the 4K resolution that would be optimal.  They also have built-in speakers and three noise-suppressing microphones, making them ideal for those wanting to use voice as an interface or who are attending a Microsoft Teams, Zoom, or Cisco Webex conference remotely.

As I found during my Sony test, these glasses prevent others from seeing what is on your screen and, particularly in a plane, can be handy for both work and entertainment. You can look down while wearing them to see your hands if you are using a laptop. Still, you could swap that laptop to just a keyboard and touchpad if you wanted or use your smartphone (currently, they work with the Motorola G100 smartphone) with a portable keyboard and mouse.

These glasses offer an exciting set of software features. They include voice recognition so they “know” you are you; have object and image recognition (using a built-in 8MP camera) so they can be informative about what you are seeing in the context to your surroundings; use head and gaze tracking to determine where you are looking; and include HDCP so you can watch movies legally. They even have a bar code reader so you can use them for inventories or authentication and can accept prescription lenses so you can customize them for your vision.

The next PC evolution?

I think we are slowly but surely creeping up on replacing PCs — at least notebook PCs — with something far smaller and wearable. To make them successful, we need decent head-mounted displays and products like Windows 365 that operate in the cloud.  While I’d like to see higher resolutions at least 2K, 1080p is a decent start for this initial offering — especially for those who genuinely need a more portable option. They could be particularly useful for those who do videoconferencing on the road.

At this point, I see these ThinkReality A3 Smart Glasses as a bridge to our computing future, one that may not have a PC in it at all, replacing today’s hardware with a Smartphone tied to a cloud service instead.

Free Technology for Teachers: The Geometry of Castles

An Easy Way to Loop Videos in Google Slides

Prevent database is secure but not secret | Letter | UK news