Home AI Data is the New Oil … and the New Asbestos 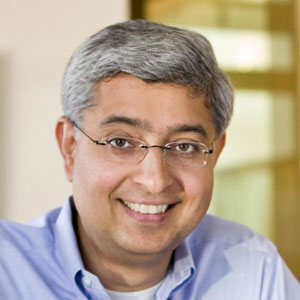 John D. Rockefeller standardized kerosene oil as the default fuel for lighting and inadvertently hastened climate change. Oil was a powerful accelerant to the industrial age, and just like oil, data has accelerated information technology. Facebook, Google, Twitter, TikTok only work because of the vast troves of data they have collected. However, just like oil, data is dangerous, and can become toxic to the companies that collect them.

Companies crave data because it is powerful. Enterprises can use data to build better customer relationships and improved financial performance. And it works! Organizations that master data, master their industries. For example:

Asbestos is a remarkable material. Asbestos cloth protected the embalmed bodies of Egyptian pharaohs from deterioration. Romans used it for tablecloths and napkins, cleaning those articles by throwing them into hot fires. Marco Polo wrote about it. Benjamin Franklin owned an asbestos purse (now on display in London’s Natural History Museum). As a wonder construction material, asbestos was widely embraced after the second world-war for its light weight, strength, and superior insulation properties. However, it is also toxic – literally causing cancer

Just like asbestos, data is also dangerous. Taken individually, the video watching habits of an average teenager are boring. But collectively, the video watching habits of millions of Americans could threatennational security. This is exactly how TikTok, the popular video sharing and social networking site, raised alarms and found itself facing bans in the US and elsewhere. With access to vast amounts of user data, TikTokcould easily influence what information becomes viral and, in turn, what people believe. And in a democracy, what people believe is what decides elections. The TikTok story is a sobering reminder of howdata can have even geo-political consequences.

Data Governance Is an Unsolved Problem

Cloud computing has destroyed the traditional perimeter that protected enterprise networks, and hence their data. With data in the cloud, who controls it? Controlling data access is extraordinarily difficult, yet it is the key to protecting privacy and preventing loss. Regulatory efforts like California’s Consumer Privacy Act (CCPA) or Europe’s General Data Protection Regulation (GDPR) levy hefty penalties on organizations who fail to comply. Fines can reach $7,500 per breached record.

With each new software upgrade and cloud subscription, attackers have more opportunities for mischief. Companies like Baffle[i] mitigate risk by encrypting data at rest and in use. Concentric discovers risk in sensitive and regulated data using advanced deep-learning technologies and their proprietary Risk Distance™ analysis. And Menlo Security now offers up to $1 million to cover remediation costs if malware passes through the company’s isolation core and causes an infection. These are all critical capabilities in the fight to stay compliant and secure.

Artificial intelligence, trained using massive amounts of data, can do amazing things. AI powers Tesla’s autopilot and fully self-driving cars are being tested as we write this. However, they can also amplify human bias. A 2018 study conducted by fast.ai, for example, showed how one model identified 84 percent of cooks as women (only 2/3 of cooks were, in fact, women). Racial bias in predictive policing and criminal justice decision support algorithms has been well documented.

​Controlling data access is extraordinarily
difficult, yet it is the key to protecting privacy and preventing loss

Inaccessible, siloed and disparate data sets create more problems. Medical researchers, for example, must balance the need for data privacy with the benefits of large data sets. Data scientists spend up to 80 percent of their time simply cleaning and labelling data to ready it for use. A new company called Robust Intelligence tackles these problems (and more) with solutions for critical decision making based on robust, reliable and secure AI.

These are tough challenges for the most compelling material of our time, and we ignore them at our peril. Last September, the town of Asbestos in Quebec, Canada, changed its name to Val-des-Sources in honor of the three lakes located nearby. Its past as a mining town for asbestos is behind it, and now so is its stigmatized name. While it is hard to imagine the same fate for data, we can’t be complacent – or data could become the enterprise’s next asbestos.

Why Outsource Your Big Data Initiative

Sources: Amazon is working on a contactless Alexa-enabled device that can track and monitor...