Home TOP STORIES What are the Different Types of Temperature Sensors? 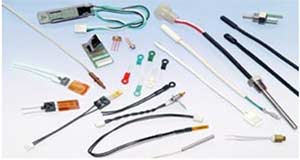 Temperature sensing is one of the most sensitive properties installed to measure the amount of heat an object or system is giving off.

FREMONT, CA: Temperature sensors must be reactive and precise for crucial quality control sometimes in applications, like equipment utilized to make life-saving pharmaceuticals, and many applications, such as the thermometer in the car, may not need an accurate or responsive sensor.

For industries such as petrochemical, automotive, aerospace and defense, consumer electronics, and various other sectors, the temperature sensor is one of the most sensitive features or factors. These sensors are built into devices to sense the temperature of a medium accurately and effectively under specific conditions.

Temperature sensors are essential in regular life. These critical pieces of equipment determine the amount of heat emitted by an object or system. Companies can physically perceive a change in temperature due to the measures provided, and the sensors play a significant part in prevention. Temperature sensors alert users when a preset high point is reached, giving them enough time to take preventative action.

The resistance of the RTD element changes with the temperature shown in a resistance temperature detector. A film or, for more accuracy, a wire wrapped around a ceramic or glass core makes up an RTD. RTDs made of platinum is the most reliable, while nickel and copper are less expensive. But nickel and copper are not as consistent or reproducible as platinum. Platinum RTDs provide an exact linear output over a wide temperature range of -200 to 600 °C, but they are significantly more costly than copper or nickel.

Two wires of different metals are electrically bonded at two points to form a thermocouple. The proportional changes in temperature are reflected in the varying voltage generated between these two different metals. When used for temperature management and adjustment, thermocouples are nonlinear and need conversion with a table, commonly achieved using a lookup table. Thermocouples have a low accuracy range of 0.5 °C to 5 °C, yet they function throughout the most extensive temperature range of -200 °C to 1750 °C.

PlayStation and Xbox are not in a ‘console war.’ They’re racing in different directions.

Best-loved productivity tools of the rich and famous