Home Technology What are the Different Types of Mobile Payment Methods? 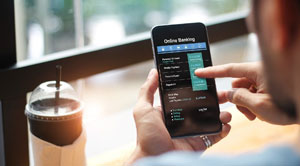 Due to the ever-increasing dependence on smartphones, numerous payment methods have been developed to allow customers to pay conveniently using their phones.

FREMONT, CA: Any payment made with a mobile device is referred to as a mobile payment. Due to the ever-increasing reliance on smartphones, various methods for consumers to pay using their phones have been devised.

But there are other sorts of mobile payments besides contactless phone payments, including both remote and face-to-face transactions. Let’s have a look at the various methods people can use to pay with the phone.

NFC phones use close-proximity radio frequency identification to interact with NFC-enabled card machines. Mobile phones do not need to touch the point of sale to transfer information, such as money, but they must be within a few inches of the terminal.

Mobile payments depending on sound waves (or sound signals) are a modern, cutting-edge technology that works with most mobile phones. Transactions are performed by distinct sound waves holding encrypted data regarding the payment without using the internet. The sound waves are sent from a terminal to the customer’s phone to transmit payment details, translating the data into analog signals that complete the transaction.

Magnetic secure transmission is a third way to pay with a mobile phone at a card terminal (MST). When a phone sends out a magnetic signal that mimics the magnetic strip on a credit card, the card terminal takes it up and processes it as if it were a physical card swiped through the machine.

Both in-store and remote payments

A mobile wallet (commonly known as a digital wallet) is a type of app that keeps payment information on a mobile device. Throughout the payment process, mobile wallets can use various technologies, the most common of which being NFC, but some firms have also used other modalities such as QR codes.

QR (short for “quick response”) codes have a wide range of applications and can be found in advertising, on product labels, and in seemingly innocuous places. Not everybody is aware that they can also be used to pay for products. It works with specific banking applications that already have the cards linked to them and other apps from stores and providers that can connect the card details.

Is identity theft the cyber crime consumers fear most? – Telecoms.com

How to Enable Google Sites Collaboration Through Google Classroom

Free Technology for Teachers: Join Us Next Week