Home AI How to control your Android phone with your eyes 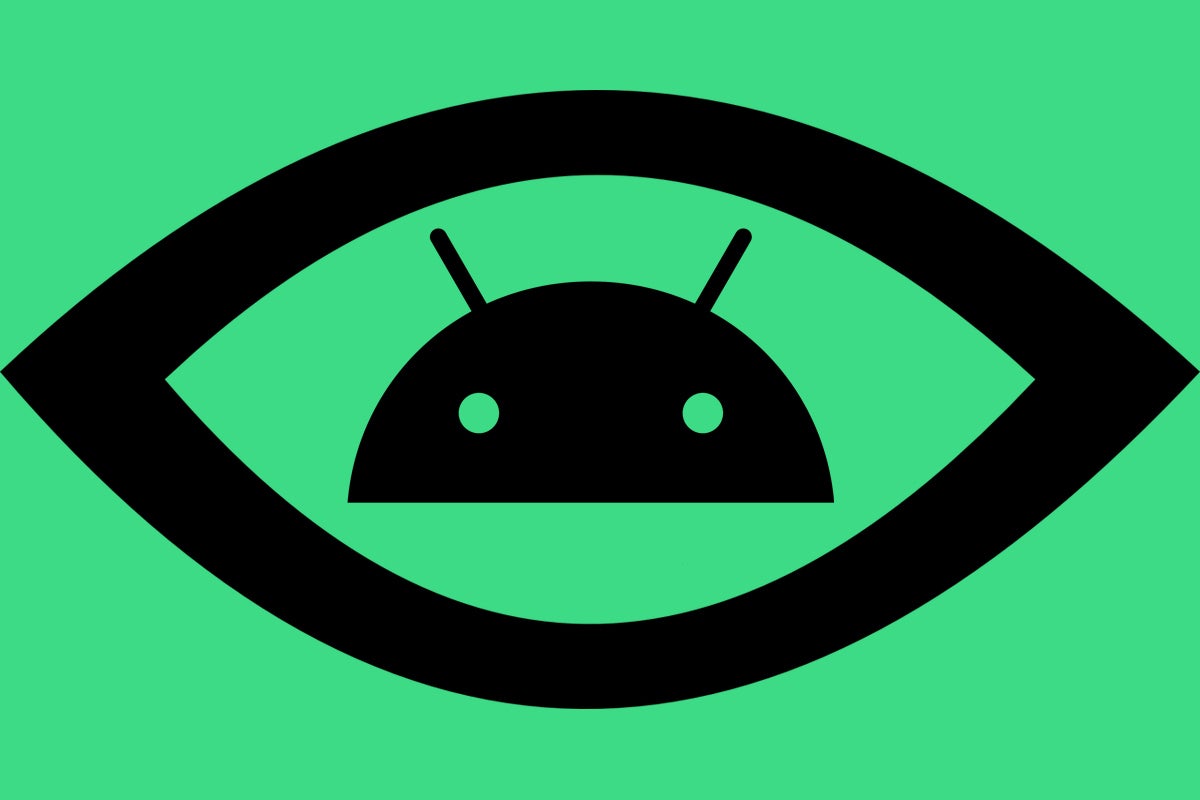 Well, I’ll be: Just when we thought we’d uncovered all there is to know about Google’s almost-ready-for-prime-time Android 12 update, a futuristic new feature has snuck its way into the mix.

As spotted over the weekend, the latest Android 12 beta release includes an intriguing new capability that quite literally lets you control your phone with your eyes. A glance to the left, for instance, could take the place of the typical system-level Back gesture. A glance upward could open your notifications. And a coy-looking eyebrow raise could take you back to your home screen (as well as make anyone around you think you’re the most awkward person alive).

The possibilities only keep going from there. You could teach your Android phone to open your Quick Settings panel when you open your mouth, even, or to open the app-switching Overview interface whenever you flash a winning grin. (Just be sure to avoid using the system whilst eating deli meat, as all of the chomping and salami-induced smiling could really make your phone go bananas.)

This is some seriously wild stuff, and it works almost shockingly well. Most shocking of all, though, may be the fact that Google hasn’t so much as even mentioned the presence of this possibility in any public forum. It just kind of quietly showed up, with no real fanfare, announcement, or so much as a tiny hired monkey prancing around and clashing cymbals to alert us.

If you’re using the latest Android 12 beta, though, you can try out the system for yourself this very second. And if you aren’t, don’t get yourself into too much of a tizzy. The feature will probably make its way to your phone once the Android 12 software is officially finished and ready to roll out — something all signs suggest should happen any week now and certainly within the next month.

Now, one quick side note before we dive in: This new face gesture system is technically part of Android’s suite of accessibility services, and it’s easy to see why. A system like this could be invaluable for anyone with a condition that keeps them from having full movement and fine control of their arms, hands, and fingers. But like so many Android accessibility options, it’s every bit as impressive — and potentially even useful — for just about anyone.

So warm up your peepers and set yourself a mental bookmark. Whenever you’re got Android 12 in front of you, here’s all you’ve gotta do to find and activate the thing:

However you go about it, you’ll ultimately have six possible eye- and face-based gestures you can configure.

And you can configure any of ’em to handle just over a dozen different tasks.

The simplest thing to try is setting some of the gestures to control your basic system navigation — y’know, commands like going back a step, returning to your home screen, opening your system Overview interface, and maybe also opening your notifications and/or Quick Settings area.

The other thing I’d suggest is tapping the option on the main “Switch Access” settings screen to enable the “Switch access shortcut.” That’ll let you set the system up to be active and watching for your commands whenever you press and hold both volume keys down together and then to turn itself off with the next press of those buttons.

The visual gesture system burns through a fair amount of battery power, and it can also get pretty annoying if it’s being activated when you aren’t deliberately trying to use it (especially if you tend to raise your eyebrows a lot, you awkward, awkward weirdo). Having that shortcut enabled will give you a simple and unobtrusive way to flip the system on and off whenever you feel the urge.

So putting this all together, here’s an example in which I never touch my screen and take only the following actions:

As a result of those steps, you’ll see:

Again, outside of the initial activation of the feature — via the volume-up and volume-down button pressing — that involved nothing other than subtle movements with my face. Pretty crazy, right?!

Long-time Android fans may note that this feature is vaguely similar to a “Smart Scroll” option Samsung used to include on its Galaxy devices. With that, the phone would attempt to use the angle at which you were holding the device to scroll through web pages and other long documents based on how much you were tilting either the phone itself or your plus-sized noggin at any given moment. That feature was never especially reliable, though, and it quietly disappeared somewhere around 2014.

With Android 12, it looks like the same basic concept is coming back with much more advanced and consistent technology behind it and a much more distinctive purpose in mind. Accessibility purposes aside, of course, it’s tough to say how genuinely useful it’ll be in the real world in any long-term sense. Maybe with a handful of extra action options, it could have some real potential for simplifying phone use whilst you exercise (think elliptical trainer or stationary bike) or read over Very Important Business Materials™ in bed.

If nothing else, though, it’s a fun new trick to play around with and an impressive demonstration of what our current phone technology makes possible. And it’s absolutely a feature worth keeping an eye on as it makes its way into the world and then continues to evolve from there.

Get six full days of advanced Android knowledge with my new Android Shortcut Supercourse. You’ll learn tons of time-saving tricks for your phone!

How Backup can be an Effective Defense Against Ransomware

Free Technology for Teachers: How Tall Can a LEGO Tower Get?