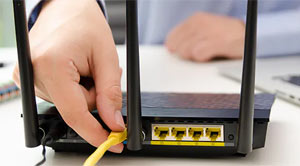 Mesh systems are designed to provide Wi-Fi coverage across the home, increasing wireless coverage by sharing the network among several devices.

FREMONT, CA: Mesh routers are designed to provide Wi-Fi coverage throughout the home, increasing wireless coverage by sharing the network among several devices. A mesh Wi-Fi router is a solution for people if their current router doesn’t provide the wireless connectivity they need for their entire house.

People have 3-5 different routers in their house, but they’re all connected to the same Wi-Fi network. Unlike standalone routers that use a single device to provide Wi-Fi coverage to a specific region, Mesh routers use two or more connected devices to provide numerous sources of Wi-Fi signal on the same seamless network. Modern mesh systems are also relatively easy to set up, allowing users to eliminate dead spots and fill gaps in the home’s coverage, helping to enjoy Wi-Fi in any area, including the backyard and garage.

The basics of wireless mesh routers

The router, the primary piece of equipment that broadcasts the wireless signal to which your devices connect, is at the heart of standard Wi-Fi networks. As the name implies, a router routes internet data between a connected modem and Wi-Fi-enabled devices like PCs and tablets. The majority of people neglect their routers until their Wi-Fi signal goes down.

Mesh routers can assist in the elimination of dead spots. Mesh router systems have several access points instead of a single point from which Wi-Fi signals are distributed. One point connects to the modem and serves as the router, while one or more other access points, referred to as satellites, catch the router’s signal and relay it to the rest of the network.

The benefits of mesh routers

Easy network management: One of the primary differences between mesh-router systems and regular routers is the ease of providing network access. Several mesh-router systems are entirely automated, enabling convenient management using a smartphone app even while they are not at home. But configuring a device across a browser dashboard is significantly more complex than connecting directly into a router and establishing a mesh system with a smartphone app.

Tight security: Many residential mesh-router kits include reasonable security assistance in addition to easy management. It’s easy to maintain the router devices safe due to the stated, convenient network management, and several of them automatically scan for and install firmware upgrades.

Streamlined connections: Even as people travel from one room to another, a mesh-router system does not need continual reconnection. People will also see less latency because the access points all transmit the same signal instead of routing requests across different networks.

How to Create a Tech Help Site With Google Forms