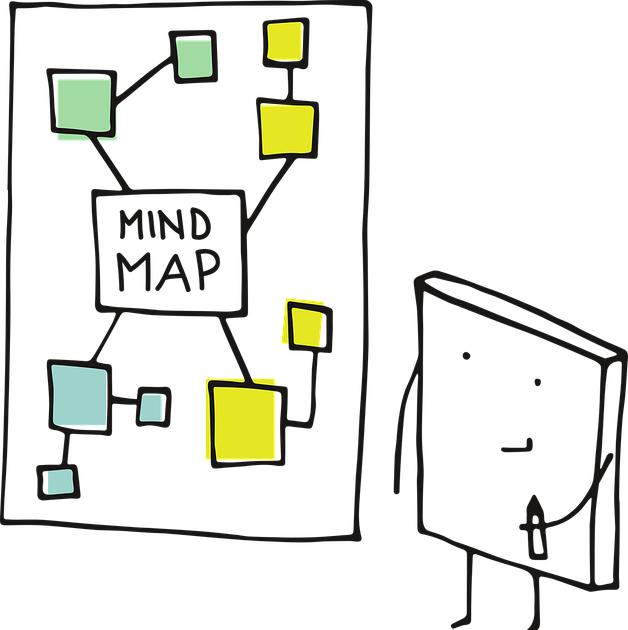 On Wednesday morning I published a long list of tools that students can use to create mind maps, concept maps, and flowcharts. What I didn’t include in that blog post was a description of the differences between the those three things. I also didn’t outline the benefits of mind mapping that students can experience. The purposes of this post are to explain the difference between mind maps and concept maps as well as list some benefits of having students complete mind mapping activities. Mind Maps versus Concept Maps
The process of creating a digital mind map begins with one key word or term placed in the center of the screen. Often, the central key word or term is represented by an image or icon. From that central word or term students add lines to connect to other words, terms, or ideas that they associate with the central word or term. Images and icons can be used to represent the associated words and terms. Students may use multiple font and line colors and sizes to indicate relationships or similarities between the words and terms in their mind maps. Finally, other than having a central word or term from which all ideas emanate, a mind map does not need to be arranged in a hierarchical manner nor should it be used as an assessment tool.

While concept maps and mind maps have similarities there are noteworthy differences. First, a concept map often has a hierarchical structure that is used to show the connections and segments of a large concept. Second, when an hierarchical structure is used for a concept map it is possible for there to be incorrect connections created. For example, a student creating a concept map about the seasons of the year would be incorrect to place “leaves change color” as a branch of “winter” instead of as a branch of “autumn.”

Sakuna: Of Rice and Ruin sells 500,000 copies less than a month after launch