Home AI Windows 365: The version of Windows that will change the PC world 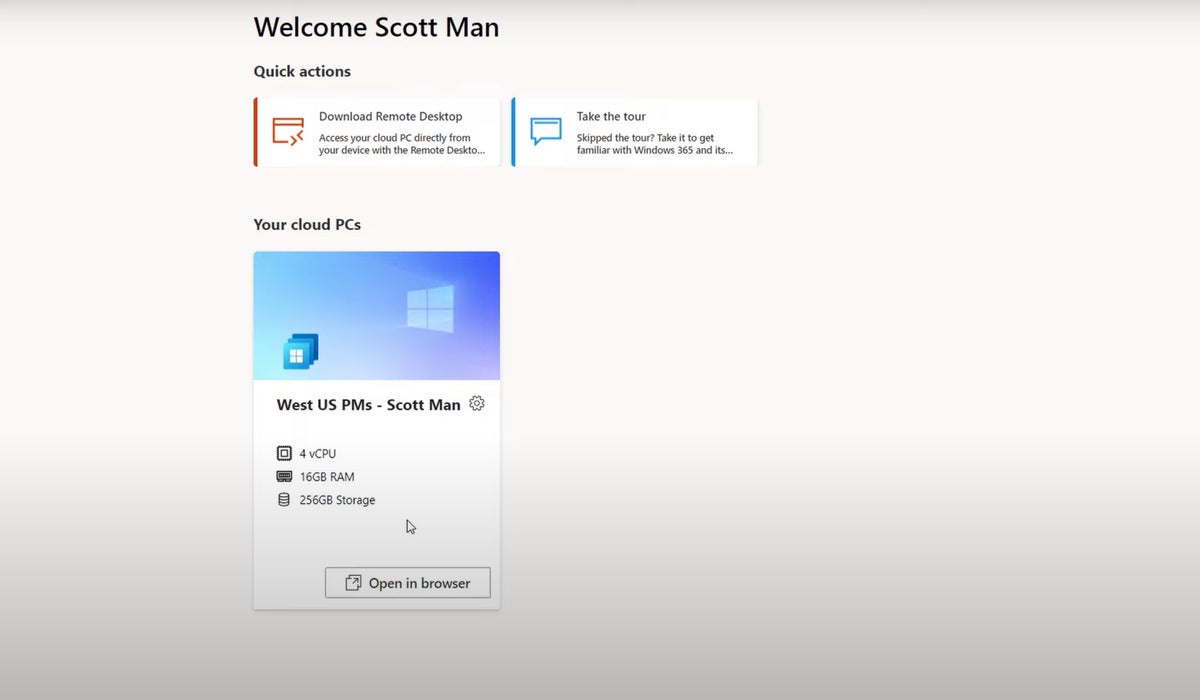 Disclosure: Most of the companies mentioned are clients of the author.

We’ve been moving towards a version of Windows in the cloud ever since Satya Nadella took over as Microsoft CEO. Windows 365, unveiled this week, is his signature version of Windows, but it is only at the beginning of its evolution. In the future will come advanced AI support, quantum computing elements, and virtual assistants so capable they don’t yet exist outside of science fiction. The biggest constraint won’t be CPUs or GPUs, it will be the network.

Windows 365 provides a synced cloud image and related virtual machine to stream Windows through a browser when connected and work on your synced desktop when you aren’t. You have a wide choice of “hardware” ranging from a single-core virtual PC with 2GB of memory and 64GB of storage to a full-on workstation with eight cores, 32GB of memory, and 512GB of storage. Costs won’t be released until early August. (Note: there isn’t yet a GPU spec for the hardware choices though I expect that will change as this service emerges.)

Much like today, if you have multiple PCs on Windows 10, your settings will transfer between the Windows instances. And if you only work in the cloud, that instance will remain constant. This week’s release focused on enterprise use and the requirements for a variety of other Microsoft services. Still, it could also work for individuals, small businesses, and medium-sized companies. These licenses include Windows Pro endpoints (Windows 10 Enterprise or Windows VDA), an Azure subscription, a Virtual Network (vNET) in Azure subscription, and Intune.

Having a local Windows Instance will allow you to work while offline. But as 5G rolls out, airplane wireless performance improves, and Wi-Fi 6 becomes more common, most people will only need a terminal and can likely forgo a second Windows instance in favor of the browser-focused operating system. The resulting terminal, or thin-client set-up, is still rare today — but it’s likely to become the standard as Windows 365 becomes more common.

Initial beneficiaries of this move should be Qualcomm and Dell — Qualcomm’s desktop hardware solution favors connectivity over localized performance, and Dell already maintains a robust thin client option. (It should pivot more rapidly than most to this new normal.) In the home market, the Xbox could easily be turned into a thin client desktop, and I’d expect Microsoft’s Surface line to begin optimizing against a hybrid or pure-play Windows 365 configuration by the end of the year.

Eventually, WAN-enabled laptops and hard-wired thin clients should become effective new hardware standards. Long term, you could use the processing power around you — say, in an intelligent car, game system, smartTV, or advanced monitor — connect up a microphone (for advanced voice command and voice-to-text) or a wireless keyboard and mouse and not have a PC at all.  And if you move to a head-mounted display, suddenly you have an entirely new class of computing for this new service.

The advantages to this approach include lower maintenance costs, higher resistance to cyberattacks and malware, faster provisioning, less downtime for PC failures, easier patching, less disruptive, updates and far easier shifts to and from work-from-home. Also, you should be better able to share content collaboratively because you can build that sharing more aggressively into apps.

Among the disadvantages: additional costs (yet to be determined), more dependency on the network, higher latency (cwhich ould adversely impact some types of work), and more aggravation due to the use of dual-factor authentication. (The latter will be critical to securing Windows 365.)

Integrating macOS with Windows 365 might become problematic as Apple is unlikely to want Microsoft to make its OS redundant. I’d anticipate Apple blocking or crippling Windows 365 on its products because it doesn’t want competing offerings on its platform. Given the agreements between Microsoft and Apple, this could lead to large-scale litigation.

Wrapping up: Windows 365 is the future of Windows

It took Windows 95 nearly five years to move the market to its new model after it was launched; I  expect a similar timeline for Windows 365.  That’s not because it’s as challenging to deploy as Windows 95 was, but because Windows 365 represents a whole different paradigm, with Windows-as-a-service and critical paths for deployment tied to network upgrades and 5G availability. It will take time to get comfortable with the new model.

I also expect licensing changes as we move from paying for the OS with our hardware to just signing up for Windows 365 and using a client device that doesn’t have a native version of Windows. It’s possible  Microsoft makes desktop Windows free and then looks to recapture revenue through Windows 365 signups. (I wouldn’t expect that change until the second half of the decade, if ever.) In fact, this move to services could eventually justify future hardware subsidies much as is in place for cable companies now.

Regardless of how the overall ecosystem evolves, the future of Windows is here.

US hints at state support for domestic ORAN push – Telecoms.com

Email is for yesterday, today, and tomorrow