Home TOP STORIES What are the Different Types of Pattern Recognition Algorithms? 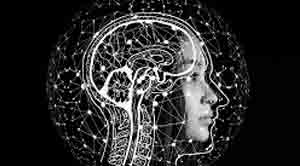 FREMONT, CA: Pattern recognition is a subfield of Machine Learning (ML) that demonstrates robust algorithms to identify regularities in a given data set. This technique applies to various problems, including facial expression recognition, computer vision, and speech recognition.

Algorithms for pattern recognition can be classified as follows:

In statistical modelling, modelling identifies the location of a particular piece. It is a mathematical representation of observed data and refers to learning from examples through statistics. The pattern is defined in terms of features and is chosen so that distinct patterns do not overlap. The selected characteristics are critical in establishing clusters. It describes the probability distribution, decision boundaries, and so forth and then proposes such patterns for further processing. Then, testing patterns are used to determine pattern recognition, resulting in additional classification methods.

For complex pattern recognition tasks, such as multi-dimensional entity recognition, structural algorithm models are optimal. Patterns are hierarchical in this model, which means they are classified into subclasses. This model elucidates the intricate relationship between numerous elements. There are sub-patterns in this model, and the model is extended to include structure and its manifestations in patterns. This model is used for various purposes, including shape analysis, image analysis, and others that require the confirmation of measurable structures.

The most frequently used method for pattern recognition is feed-forward networks, which have no feedback from the input. This approach utilizes biological concepts to recognize patterns, and as a result of this effort, artificial neural networks were discovered. As humans learn from their previous experiences and errors, such networks also learn by providing feedback on the input patterns—this type of feedback aids in restoring the input patterns and ensuring that they are error-free.

The template matching process entails comparing the target’s features to a predefined template and identifying the target by proxy. It is a pattern recognition technique for determining the sub-image of a target image that most closely resembles a template image. This technique is used to determine the similarity between two objects. When a pattern is matched, it is stored in templates, given scalar and rotational flexibility. This method’s capability is contingent upon the database’s already-stored templates.

Fuzzy logic is a subset of many-valued logic in which variables have truth values between 0 and 1, inclusive. It is used to deal with partial truth, in which the truth value varies between entirely accurate and completely false. This pattern recognition technique is known to produce superior results when compared to other methods because it is used to model uncertain domains and recognize components.

The Hybrid algorithm model deploys multiple algorithms simultaneously. For example, combining neural nets with fuzzy systems, hidden Markov models, or symbolic and sub symbolic learning are all hybrid pattern recognition strategies. The best part of this approach is that it takes advantage of all methods and is more human-friendly.

How does a 140-year-old newspaper reinvent itself?

Will we just accept our loss of privacy, or has the techlash already begun?...