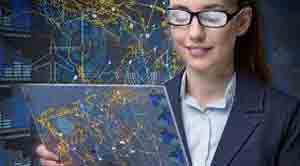 Data mining is a technique used by businesses to transform unstructured data into useful information.

FREMONT, CA: Data mining is a popular term in machine learning because it extracts meaningful information from large amounts of data and is used for decision-making tasks. It is a technique for identifying patterns in a pre-built database widely used in business and academia. Data mining encompasses various processes, including data cleansing, integration, transformation, discretization, and pattern evaluation. Below lists the top data mining techniques in machine learning that data scientists use the most.

Association Rule Learning is a data mining strategy used in unsupervised data mining that defines an item set as a collection of one or more items. It is essentially a rule-based machine learning technique for discovering relationships between variables in large datasets. It is a subset of the If/Then statements and consists of two major components: an antecedent and a consequent. One of its superiority is that this technique searches the hypothesis space with few database entries. Thus, this technique is advantageous for resolving issues such as analyzing customer behavior. Among the most well-known association rule learning algorithms are APRIORI, SETM, and Eclat.

Classification is a widely used data mining method referred to as supervised learning because it is used to learn the structure of the groups using an example dataset. This technique discovers the establishment of a dataset of examples that has already been partitioned into groups known as categories or classes. Additionally, these categories are typically learned using a model used to estimate the group identifiers, also referred to as class labels, for one or more previously unseen data examples with unknown tags. Among its applications are customer segmentation, document classification, medical disease management, and multimedia data analysis.

Clustering analysis is a data mining technique for segmenting data into subsets that can solve a specific problem. Clustering analysis is beneficial in data mining in various ways, including similar grouping data to better understand the internal structure of the data and knowledge discovery from the data. This technique is advantageous for both data exploration and anomaly detection. k-means clustering, fuzzy C-means, and Expectation-Maximisation (EM) are all popular clustering algorithms.

Reasons Why Business Plan Must Include Regular Data Backups