Home TOP STORIES Our Environmental Benefits Of Working From Home 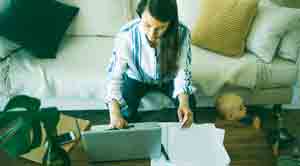 Apart from the pandemic, job seekers pursuing remote employment list a variety of reasons for doing so, ranging from achieving a better work-life balance to saving time and money. You are not only limiting air emissions by operating from home but also avoiding the possible health risks of breathing dirty air every day. Additionally, making a good contribution to the community.

Consider the following four environmental advantages of working from home:

Less Use of Fossil Fuels

According to the U.S. Energy Information Administration (EIA), approximately 142.71 billion gallons of gasoline were consumed in the United States in 2019.

Working from home will help you save money on gas and reduce your carbon footprint. Xerox announced that its teleworkers drove 92 million fewer miles in 2015, saving 4.6 million gallons of gas and almost 41,000 metric tonnes of CO2.

According to the United States Environmental Protection Agency (EPA), transportation, which includes automobiles used for commuting to and from work, is the largest source of greenhouse gas emissions in the nation.

Working from home for as little as one or two days a week will minimize the number of cars on the road, resulting in less traffic congestion and road wear and tear, as well as a reduction in greenhouse gas emissions.

As fewer people drive to work, there will be fewer vehicles on the road. As a result, there is less pollution in the air. Less air pollution is good for the atmosphere because it reduces acid rain, reduces the chance of algae blooms, reduces haze, reduces ozone depletion, and combats climate change. Reduced air pollution is also beneficial to humans.

Even though commercial buildings are becoming more energy-efficient, they use a significant amount of energy for heating, cooling, and lighting. Buildings are thought to account for up to 40 percent of all carbon dioxide emissions in the United States. Even if that number includes residential and commercial buildings, individual homes use less energy to cook, cool, and light than an ample office space.

Facebook sets out to create its own OS – Telecoms.com

Another Facebook worker quits in disgust, saying the company ‘is on the wrong side...