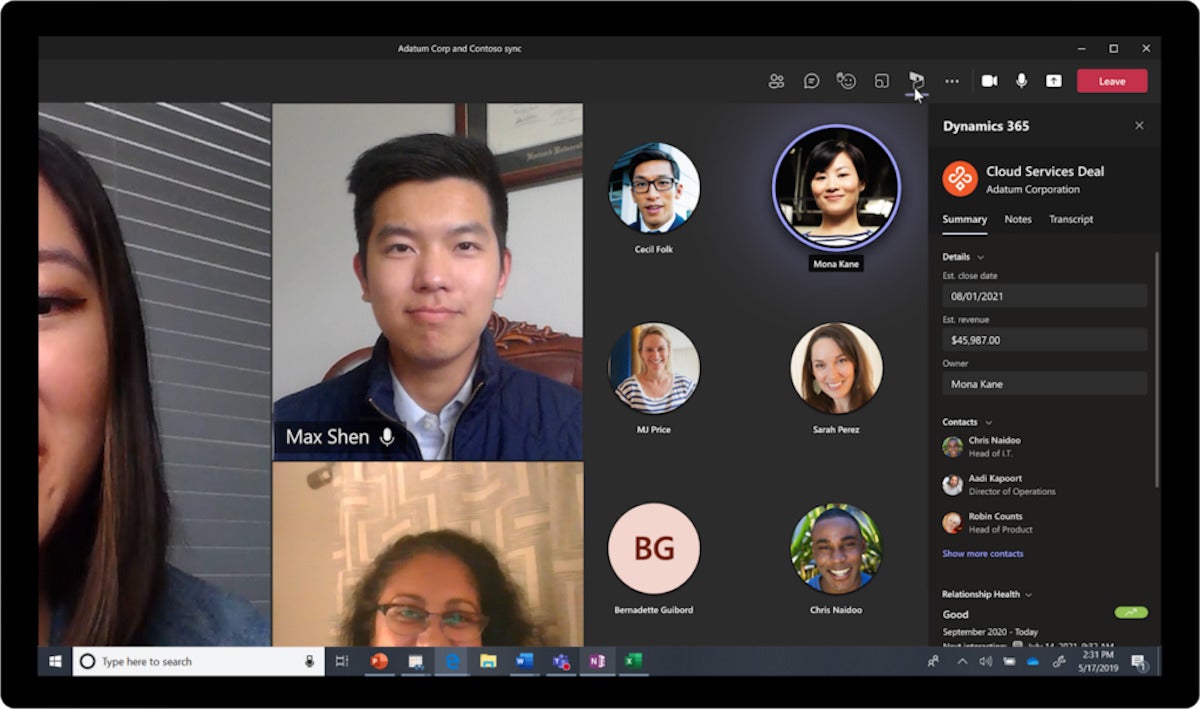 Microsoft Teams users can now access Dynamics 365 data without the need for licenses for the CRM platform.

Microsoft has already moved in recent months to deepen ties between Dynamics 365 and the team collaboration app; in March, the company added the ability to embed Teams chat into the Dynamics 365 app, while improving access to data from within Teams.

At its Inspire event this week, Microsoft announced that all Teams users will now have access to Dynamics data from within the collaboration app, regardless of whether they have a Dynamics 365 license. Admins will be able to set permission and access rules to restrict access to customer records.

“Dynamics 365 users can now invite anyone in the organization to view and collaborate on customer records right within the flow of a Teams chat or channel,” Jared Spataro, corporate vice president for Microsoft 365, said in a blog post.

By eliminating the “licensing tax” that had previously held customers back from using the available integration, CRM data can be shared among more employees, he said. That would allow sales and customer service employees to interact with colleagues who don’t routinely use the CRM tool, allowing finance teams to share purchase order and payment details with sales staff, for example.

The announcement “helps to reinforce the growing links that Microsoft is keen to establish between Teams and Dynamics 365,” said Angela Ashenden, principal analyst at CCS Insight. It can also help Dynamics 365 customers drive broader adoption, without the need to invest in additional licenses for casual or irregular users, she said.

Wayne Kurtzman, research director at IDC, said that Microsoft is positioning Teams as the “launching point” for employees to get work done. “While it is a work in progress with some UI challenges, the integration of Dynamics 365 signals Microsoft’s view of the importance of collaboration in the enterprise — and for all workers and across all devices,” he said.

Microsoft also announced that Dynamics users can now add a Teams meeting when creating an appointment and capture and save notes from a Teams meeting for later access in the timeline of the Dynamics record.

Broader integration of Teams has been a growing priority for Microsoft. This includes new ways to interact with SAP’s enterprise resource planning (ERP), HR, and CRM software from Teams, announced in January, that lets SAP users share information such as supplier details with colleagues without switching screens.

Earlier this month the the Salesforce app for Teams was made available, giving sales and service teams that use Salesforce Sales Cloud and Service Cloud access to data from Microsoft’s collaboration app.

Microsoft’s CRM rival Salesforce appears set to follow a similar path by integrating its core business software products with Slack – a competitor to Microsoft Teams. Salesforce announced plans to acquire for $27.7 billion last year, with that deal set to close later this month.

By continuing to tie Teams and Dynamics more closely together, Microsoft can strengthen its position against Salesforce and Slack, once that deal goes through.

“Ultimately, I think it’s likely that Teams will become the default interface (or at least entry point) for Dynamics 365 for most users, further blurring the line between collaborative applications and line-of-business apps in the Microsoft portfolio,” said Ashenden.

“Given the success of Teams, it’s easy to see why Microsoft would want to drive this, and given the acquisition of Slack by Salesforce, it’s a trend that’s going to become the norm pretty soon.”

Sources: VCs have approached Clubhouse about investing in its next round at ~$1B valuation,...