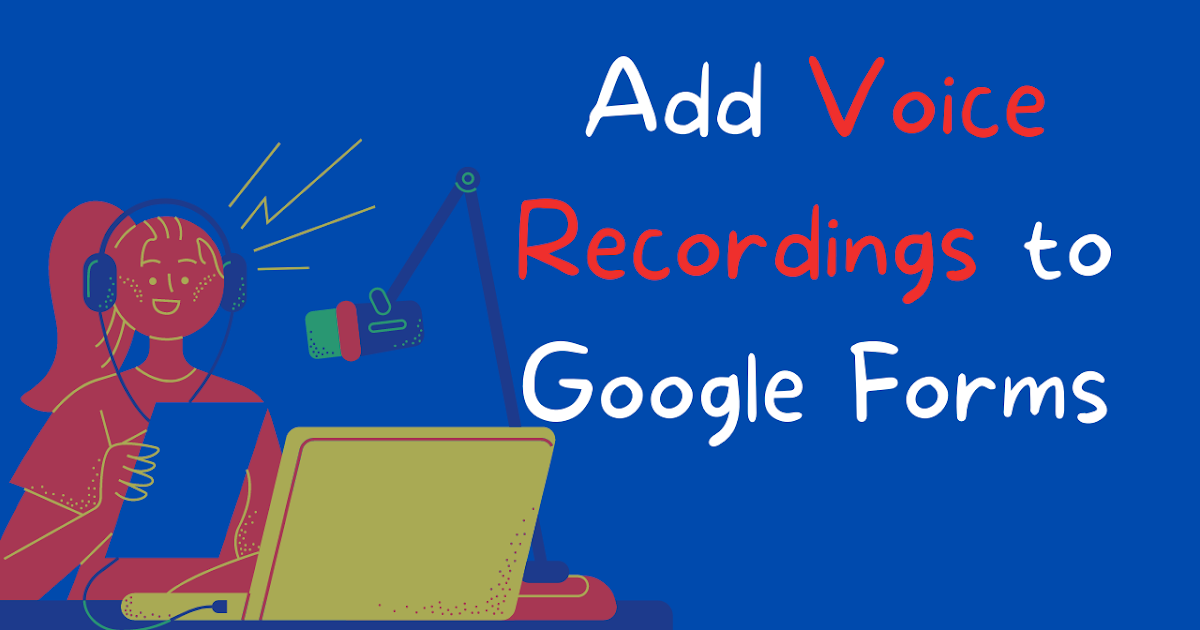 I’m taking this week to recharge and get ready for the next session of the Practical Ed Tech Virtual Summer Camp. For the next few days I’m going to highlight some of my favorite new and new-to-me tools so far this year.

Earlier this year I shared a series of videos about how to add voice comments to Google Documents, Google Slides, and Google Classroom. All of those videos featured the use of a free Chrome extension called Mote. Mote also offers teachers the ability to add voice notes to Google Forms.

My first thought when I saw that Mote would work with Google Forms was to use it in world languages courses. Teachers can now record prompts for students to listen to and speak replies to directly in Google Forms.

As I demonstrated in the video above, adding voice notes to Google Forms could be a good way to provide audio support for students who need it when taking an assessment in Google Forms.

This post originally appeared on FreeTech4Teachers.com. If you see it elsewhere, it has been used without permission. Sites that steal my (Richard Byrne’s) work include CloudComputin and 711Web.

Coronavirus outbreak designated a pandemic by the WHO – Telecoms.com