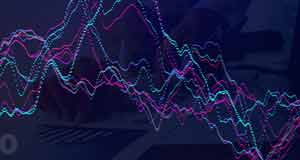 Virtual reality will enable people to touch information as if it were real with the help of data visualization, resulting in more accurate data analysis and faster judgments.

Data visualization in Augmented Reality (AR) and Virtual Reality (VR) could be the next big thing, with instances of three-dimensional data visualizations—which can be used to build models, supplement maps, create games, and virtual events, among other things—indicate fundamental shifts in how we engage with data. Experts estimate that the global market for augmented reality would be worth roughly 209 billion dollars by 2022, demonstrating the huge potential of analytics and data visualization once again. It is worth noting that new chart kinds are appearing in VR, allowing for more natural interaction with data. VR will enable people to touch information as if it were real with the help of data visualization, resulting in more accurate data analysis and faster judgments.

In the future, data from smart traffic systems augmented reality vehicles, and other smart platforms will overlay the physical environment, causing data to be visualized more. Smart traffic systems, for example, can predict traffic congestion a few hours ahead of time. They also estimate public transportation shortages and advise travelers on how to deal with potential traffic jams on their routes. AR in autos would increase safety by overlaying critical information for the driver within the line of sight, alerting them to potential threats along their path, and more. Smart devices not only increase the amount of data available, but they also make it more difficult to interpret it. Users’ expectations of data’s effectiveness will rise as data becomes more widely available. Data visualization will aid in the detection of anomalies, trends, and spikes.

Microsoft proposes AI that improves when you smile

How Google Tables can turn up your productivity