Home Cloud Why it is on the Rise 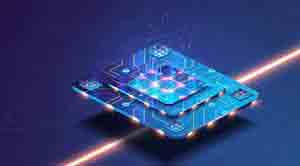 Rather than investigating each alternative separately, developers employ quantum computing to encapsulate problems as qubits, which compute numerous combinations of variables at once.

FREMONT, CA: Scientists have been exploring quantum computing for decades. Still, it has only recently sparked a spike in commercial interest, fueled by Google’s claim last year that it had achieved ‘quantum supremacy,’ as well as pronouncements from industry giants. Rather than investigating each alternative separately, developers employ quantum computing to encapsulate problems as qubits, which compute numerous combinations of variables at once. This might theoretically allow researchers to swiftly solve issues requiring multiple variables, such as cracking encryption keys, examining the features of various chemical compounds, or modeling multiple business models.

Researchers have begun to show how these early quantum computers could be used in real-world scenarios. Quantum computers could, in theory, lead to significant advancements in quantum cloud computing, materials science, artificial intelligence, medicine, finance, communications, and other fields.

On the other hand, Google Cloud does not currently offer a general-purpose quantum cloud computing service, even though TensorFlow Quantum, a library for developing quantum machine-learning models, has been available since March 2020.In general, quantum cloud computing services will resemble the following: cloud providers will have remote data centers with quantum computers, similar to how they do with ordinary computers. Users will connect to them via their personal computers and either build their own software or use current software to take advantage of the computational power without having to learn how it works.

Partnerships with IonQ and D-Wave create quantum machines and provide access to actual quantum hardware. You can rent access to genuine quantum computers through the cloud using cloud services like Bracket, Azure Quantum, and IBM Quantum Experience. The disadvantage is that the quantum hardware provided by these services is still in development.

Anyone with a public cloud account can now access quantum environments thanks to the quantum cloud computing services already available on the market. To experiment with quantum software, one does not need to deal directly with a quantum hardware vendor or figure out how to put up their own quantum simulation environment. The industry is probably at least a decade away from having easy access to a production-ready quantum environment.

How to Create a Video With Canva

NSA shares advice on how to limit location tracking

C-SPAN’s StudentCam Contest is Back

How to sustain IT workplace culture — without the workplace