Home Security What are the Benefits and Drawbacks of Drones and Uncrewed Aerial Vehicles? 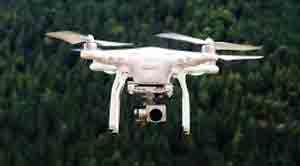 Drones are small and unobtrusive. Various industries use them to accomplish complicated tasks. For many, these tasks may be challenging or costly without the use of drone technology. The diverse applications yield varied results: enhanced creativity to more expansive commercial and community outreach.

FREMONT, CA: UAVs or drones can be operated remotely or programmed to fly automatically without a pilot. Several organizations, including the military, government, commercial, and recreational industries, are implementing this technology. As a result, drones are becoming more mainstream and affordable, creating new debates about the pros and cons of their use. Below are some pros and cons of drone technology.

UAVs can be programmed and navigated accurately using GPS (the Global Positioning System) and are helpful in a wide variety of situations. For instance, UAVs are used in precision agriculture to fertilize, treat infestations of weeds, and monitor crops. Thus, using UAVs, farmers can save both time and money.

Advanced control technology permits most drones to be operated and deployed with minimal training. Drones are getting more accessible for lower-cost operators due to their relatively low cost. UAVs have greater mobility than crewed aircraft. Their wings are more maneuverable, allowing them to fly lower and in multiple directions.

Drone use is both advantageous and safe. UAV operators can use a license to use UAVs for security and surveillance for businesses, sporting events, public gatherings, and other venues. Data gathering during and after natural disasters is also helpful for protection and recovery.

Laws are not yet adequate to cover the broad deployment of uncrewed aerial vehicles. The FAA has rules for small uncrewed aircraft used for commercial and recreational purposes, but the ambiguity persists. These include determining airspace property rights and keeping landowners safe from aerial trespassing. It just gets worse when federal and state, and local regulations conflict.

One of the most frequently expressed public concerns about UAVs is privacy. Drones can collect data and images invisibly, raising concerns about privacy invasion. This could occur if government entities began monitoring the public with drones.

When it comes to uncrewed aerial vehicles, safety is paramount. To avoid mid-air collisions, UAVs must be programmed with capabilities comparable to those of crewed aircraft’s “sense and avoid.” This requires drones to be capable of detecting potential collisions and repositioning away safely. Falling drones are another severe danger in system failures, primarily when used near large crowds or densely populated areas.

Police could access US cloud data under planned crime-fighting deal