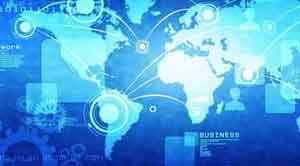 Terrorism upsets legal and social order in any community. Machine Learning (ML) analytics predict and respond to terrorism on a real-time basis. Integration of Big data and machine learning (ML) with GIS systems provides a predictive framework to determine the exact position of terrorist attempts on each region’s borders.

FREMONT, CA: Over the past few years, terrorism has been adding threats to global security. AI technologies effort to combat terrorism.  Machine learning is one of the fastest developing branches of informatics, having extensive applications in many sectors. Machine learning algorithms are artificial patterned data or training sets that allow discovering patterns in real-life data sets. The training sets include personal information or traits of a person when used to mass surveillance. The training sets so show when the intelligence agencies see the individual as threatening. The trained algorithm then applies to a data set without labels with the same characteristics and identifies individuals as “threats” based on what they have learned. Below are the three challenges that counterterrorism data sets create in ML algorithms.

As the motives, the planning, and performance of terrorists are distinctive, the number of persons engaged and how they are communicated varies depending on the digital footprints that terrorists have left behind in their preparation for attacks. Individual indications in a single data set could be hard to uncover, but they might become clearer if different data sets are combined. Machine-learning algorithms for mass surveillance are trained on many different data sets to find a relation between those.

When the algorithm of machine learning is taught to find out whether a person is more likely to perform a terrorist act, the information utilized for training should be equally positive and negative. Machine learning approaches work for somewhat unequal data sets. There is no proximity to a balance of terrorists and non-terrorists in a data collection reflecting the state’s population, a country, or a region.

Big data analysis is known to enhance the possibility of correlations in the data, some of whom are pointless if additional features are added to the data set. These other connections can occur irrespective of whether the data collection is balanced and hence impossible to avoid. They exist between two functionalities that don’t have a causal relationship and typically lead the algorithm to overfit.

How to Create and Host Your First Kahoot Game