Home Cloud Bringing the Cloud and Network Together 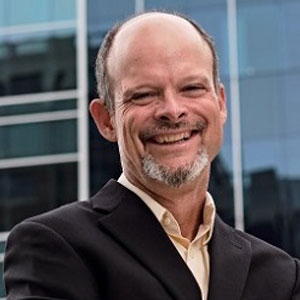 The cloud has been important to enterprises for some time. But now it’s everywhere – literally. Examples include hybrid cloud for distributed applications, virtualized networking applications, hosting for IoT applications, public and private wireless infrastructure, and so on.

Enterprises must now take a more holistic approach to cloud and edge compute. And this approach must include their communications network.

Let’s take a look at the latest trends in cloud and communications technology, and how they impact enterprises – both today and tomorrow.

The what – ubiquitous virtualization

Virtualization is now a standard approach to building out IT infrastructure. Virtual machines (VMs) are set up to handle applications, and these VMs share physical infrastructure. They can be hosted locally, or in the cloud, or moved based on changing requirements.

Now we can employ the same approach with communications infrastructure using network functions virtualization (NFV) and universal customer premises equipment (uCPE). We can remove closed and dedicated networking devices (also called appliances). Instead, we can use best-of-breed software running on a standard server.

Enterprises must now take a more holistic approach to cloud and edge compute. And this approach must include their communications network

This approach is like what we see with a smartphone. We can pick a smartphone with the physical features that we want (e.g., cameras, screen size, radios, etc.) and then load it with the apps of our choice. Developers can even create their own apps.

Likewise, with NFV and uCPE we can get similar benefits:

• We can pick the software that best meets our needs, and change it later – without changing the hardware.

• We can pick a server or servers based on our criteria: cost, support, processor type, memory, physical hardening, resilience, number, and type of ports, etc. And we can change it later, or pick multiple suppliers. That way we can increase competition and supply chain resilience.

• And because we are using an open and cloud-centric approach, we can run our own applications.

The why – edge cloud

I often say that “it’s all about the cloud.” And not only as an end, but also as the means.

Let’s assume we have decided to move forward with a cloud-centric approach to communications services. What else can we do with such an edge cloud? How can it act as a platform for innovation? Here are some of the drivers we’re seeing with enterprises.

Modernization: Enterprisesare making the changes required to become digital natives and to embrace the cloud. That means moving to software-centric approaches, containers, agile development, etc., all of which require ubiquitous cloud infrastructure – such as uCPE.

Consolidation: We all are trying to do more with less. And that means eliminating unnecessary devices. NFV provides a perfect way to replace multiple dedicated devices with software running on a single server. Examples include software for Wi-Fi, surveillance systems, internet of things (IoT), point of sale (PoS), and custom applications.

Supply-chain resilience: Covid-19, the trade wars, and industry consolidation have forced us to re-learn a hard lesson. It’s dangerous to rely on single-sourced items. That’s true of both hardware and software. With NFV, we can break open networking devices and replace them with separate hardware and software suppliers. And we can change them independently when required.

Hybrid cloud: Hybrid cloud started as a way to harness multiple cloud providers. Now enterprises need to extend that approach to on-site compute. The driver for this move could be the need to reduce latency, or to live with limited WAN bandwidth, or to meet privacy or data sovereignty requirements. Whatever the reason, enterprises need a strategy that lets them support these distributed applications.

Network improvements: Many enterprises are looking at software-defined wide-area network (SD-WAN) and secure access service edge (SASE) as ways to improve their network and to reduce costs. But they don’t want to achieve these goals by introducing yet another networking device into their locations. The move to virtualization and uCPE gives them a perfect platform to make this migration.

Future-proofing: This may be the most important driver of all. Enterprises may justify the move to a virtualized system based on the requirements above. That’s because they can quantify the costs and benefits. However, there’s also a larger but less tangible value – and that’s the ability to make rapid changes to address unforeseen requirements and problems.

A solution for today and a platform for tomorrow’s innovation

With open virtualization delivered with NFV/uCPE, we can power today’s communications and hybrid cloud applications. We can consolidate and modernize at the same time. We can address the need to move to services like SD-WAN or SASE. We can power our small offices with a single server. And we can do all that right now.

But more importantly, we have created a platform for innovation. The world is unpredictable. But an open and virtualized platform helps our upside with easier development and reduces our risk. And that’s always a good thing.

How the concept of free shipping forces small e-commerce businesses to eat the cost...