Home Security Back to the ’90s: Boutique browser Vivaldi now offers its own internet... 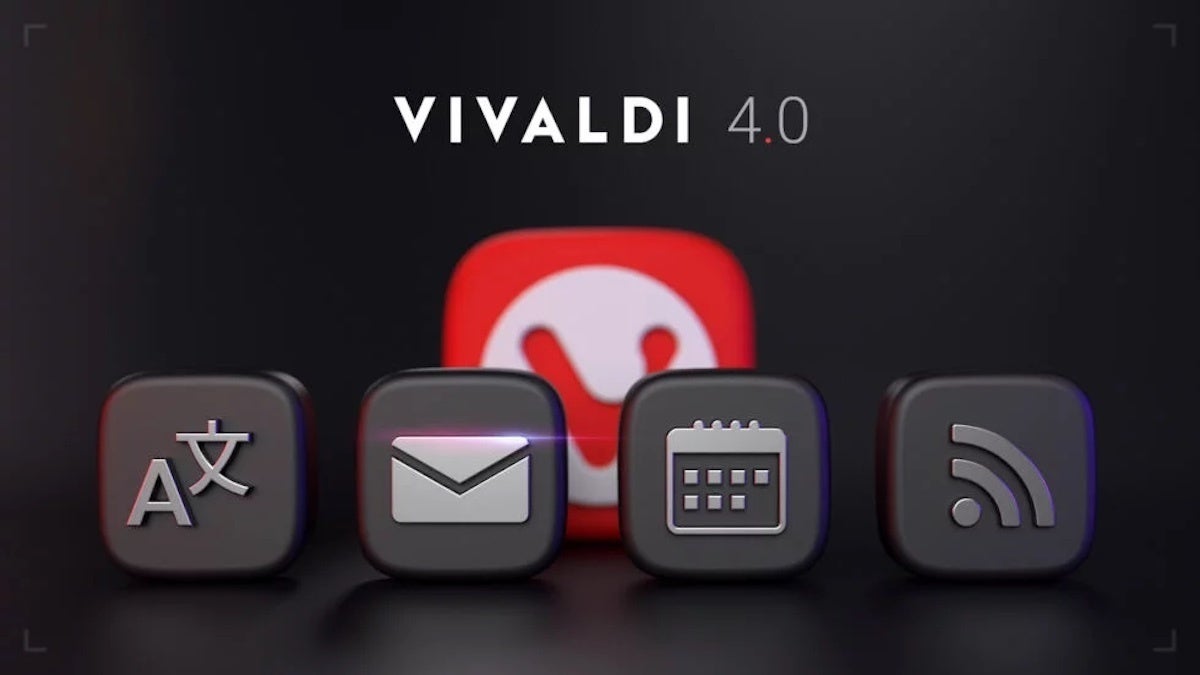 What goes around comes around. In fact, the 1990s called and want their browser suite back.

Vivaldi, one of the boutique browsers that fight for scraps left on the floor by Google’s Chrome and Microsoft’s Edge, has turned to a strategy reminiscent of Netscape Navigator, the world’s first dominant web browser.

Vivaldi 4.0, which launched earlier this month, added an email client, calendar, and RSS (Really Simple Syndication) reader to the already-available browser, creating the 21st century version of Netscape Communicator, an all-in-one kitchen sink released in 1997. That collection ranged from the browser and email client (Netscape Messenger) to calendar and an HTML editor (Netscape Composer).

The successor to Netscape Communicator was, for those with long memories, the Mozilla Suite (later called the Mozilla Application Suite), which began with the former’s code base.

Vivaldi’s makers have to be hoping for a better ending than Netscape saw; that company not only lost its No. 1 spot to Microsoft’s Internet Explorer but inside of a decade had effectively disappeared from the browser playing field.

Vivaldi’s co-founder and chief executive Jon von Tetzchner pitched his grab bag as the answer to Big Tech, the words initial-capped to mimic headline writers referring to the largest firms, like Google and Apple, Amazon and Microsoft, that are facing scrutiny from regulators worldwide. “The era of blindly trusting Big Tech is over,” declared von Tetzchner. “A growing movement of people worldwide is looking for reliable, functional alternatives to the tools offered by the tech giants. We are building Vivaldi to meet that need — and more — with an expanded set of integrated features that give you more control of your data and your workflow.”

It’s an interesting approach, if only because it runs counter to the demise of integrated software, like Netscape Communicator, Apple’s AppleWorks, Microsoft Works, Lotus Jazz, and others.

The Vivaldi browser remains the cornerstone of the new construction. It also remains what von Tetzchner debuted five years ago: a wildly customizable browser that very much went against the grain of austerity that Chrome pioneered, and every major rival adopted sooner or later. Vivaldi’s settings pane is still overloaded with options of all kinds, to the point that those accustomed to the minimalism of the biggest browsers may feel more lost than comfortable.

First-timers are given a helping hand during the browser’s opening moments, when they’re asked to choose between three layouts, essentially how much of Vivaldi 4.0’s new features to surface. “Fully loaded,” for instance puts everyone in the UI (user interface), including the email client and news reader, in view. Users can later add elements from the Settings/Preferences pane, although Computerworld struggled to find the options and had to resort to Vivaldi’s support pages to come up with an answer.

The big add to the browser itself is integrated translation, provided by the Cypriot firm Lingvanex. The translation engine, though, is hosted on Vivaldi’s servers — not Lingvanex’s — which are located in Iceland.

But the trumpeting of Vivaldi 4.0 was loudest about the expansion beyond the browser, notably to the email client, less so to the RSS reader and calendar. All were labeled as betas by Vivaldi.

The client can render both POP3 and IMAP email, and has some skill — Gmail excepted because of Google’s somewhat-self-serving rules regarding non-Google applications and security — at automatically inserting the correct settings to pull messages from third-party providers. Not surprisingly, the email client cannot grab mail from an Exchange server, whether on-premises or on Microsoft’s Azure servers. The end result is a webmail creature with the usual skills, although writing a new message in another tab, rather than have it open in a new window atop the browser, is something others should copy.

Likewise, the reader and calendar will be familiar to users of other online rivals. Neither can match a stand-alone app, but that’s not really the point: If users pick Vivaldi’s suite, it’s because they’re willing to give up something (functionality, feature set) to get something (a centralized experience).

It’s a good idea to remember that Vivaldi characterized the emailer, reader, and calendar as beta projects, meaning that more may well come before they’re dubbed production readyand that the company has an easy excuse when things don’t work properly.

More information about the trio in beta can be found here.

An embattled group of leakers picks up the WikiLeaks mantle

Puppet’s 2019 State of DevOps report: How security needs to fit into continuous delivery