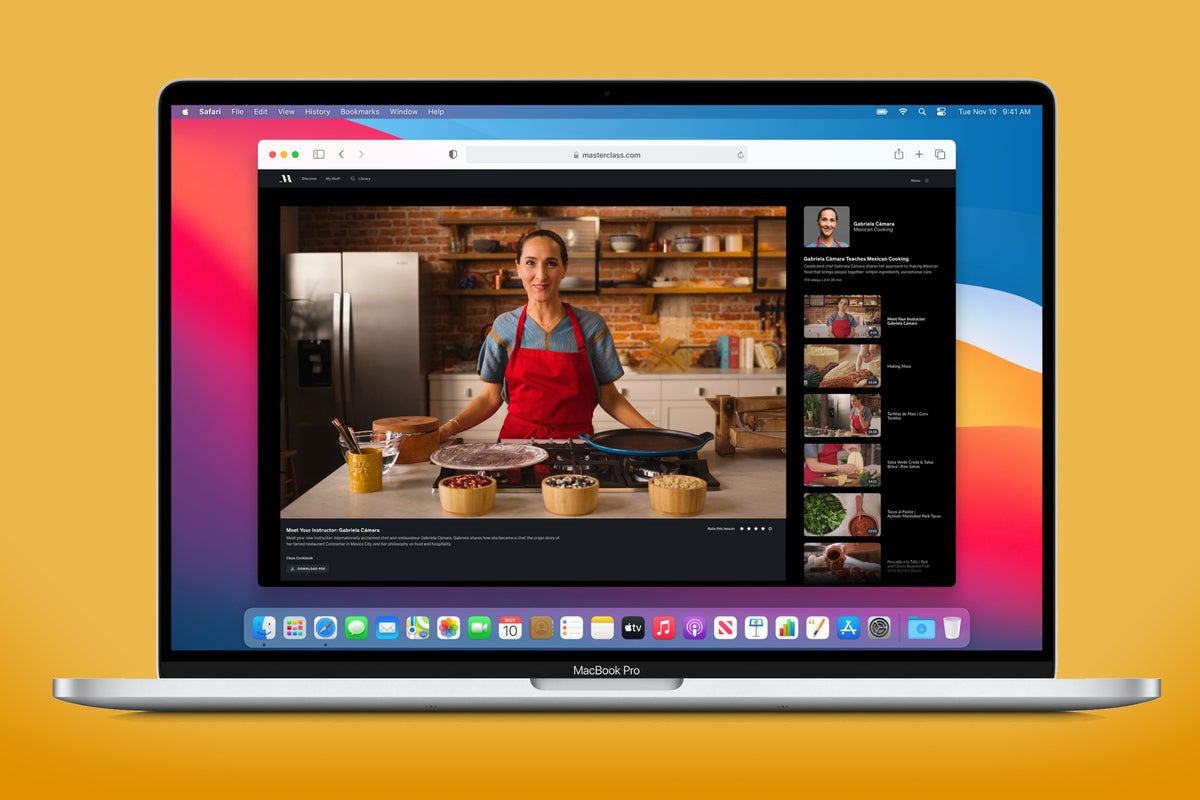 Regular as clockwork, Apple will launch the lone Safari upgrade for the year this fall when it rolls out its new version of macOS, aka “Monterey.”

Mac users can now get a jump on that timeline by grabbing a copy of the preview Apple just made available for Safari 15, which runs on the still-current operating system, “Big Sur.”

While the makers of the other browsers that dominate the web release upgrades every few weeks — Google and Microsoft will begin that tempo this fall with their Chrome and Edge browsers, while Mozilla’s Firefox already hews to that schedule — Apple takes its time. Really takes its time. That means Apple packs more new into its annual Safari upgrade than Google, Microsoft or Mozilla does into half a dozen updates.

Among the most noticeable changes to Safari are several either directly or indirectly related to tabs. Not surprising, since tabs remain one of the few UI (user interface) elements left standing after the rush to minimalism sanded down, stripped and scoured almost every other bit of chrome around the active page’s content.

At the top of Safari’s UI changes: a compressed toolbar with fewer visible commands.

Safari 15 boasts a top-of-frame toolbar that combines address bar with the tab bar, unifying everything in one “line,” so to speak. The tabs themselves come with rounder corners and the active tab is much more visible because of its darker color. (In Safari 14 it was difficult, sometimes impossible, to tell which tab represented the active page one was looking at.)

The fused tab/address bar means that page content has a bit more vertical room, offset by a reduction in horizontal capacity for one’s tabs. The active tab and address bar share space — clicking on an inactive tab not only makes it active but exposes the address bar for entering a URL or search string — which may not be a worthwhile trade, depending on how many tabs a user likes to leave open.

Computerworld predicts that users will either detest the unified bar or love its economy. Apple’s betting on the latter, saying multiple times during its Worldwide Developers Conference that the design would extend the content “to every edge of the window.” We’re not so sure.

Adding to the new: Apple’s matched the color of the top of the Safari frame to the underlying website, or if that hasn’t been set by the designer, then a prominent one the browser picks. More of Apple’s “to every edge” philosophy this time around the upgrade cycle, the effect sometimes seems as if the upper area of the frame has become semi-transparent. It can be distracting and makes one wonder about Apple’s design choices.

Safari 15 also added tab groups, a feature others, notably Chrome, have already implemented. Tab groups are, well, just that — a way to collect multiple tabs to separate them from the chaff bloating the bar at the top.

In Safari, that separation wasn’t left to tab colors or a line under the grouped tabs (Chrome uses the latter), but physically isolates the collection to the sidebar at the left. Grouped tabs vanish from the browser’s tab bar; to see them the user must click on the group’s name in the sidebar. A button beside the group name displays thumbnails of that group’s tabs.

The banishment to the sidebar is both boon and bane. On the plus side, putting groups aside marks them more clearly as out of bounds of the current scatterbrained surfing. But that also means they’re less convenient, as one has to open the sidebar, find the desired group and click on it. Safari’s approach will be appealing to those who want to group lots of tabs.

(In Computerworld‘s quick testing of Safari 15 on Big Sur, tab groups — and their tabs — did not reappear after the browser was restarted, unlike the ungrouped tabs. Fortunately, the Reopen All Windows from Last Session command under the History menu resurrects them.)

The Safari Technology Preview, currently at Release 126, can be downloaded for macOS 11, Big Sur, from Apple’s developer website.