Home AI What Are the Competitive Strengths of Google Cloud? 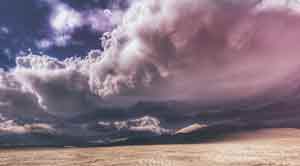 Google cloud platform is primarily a service for developing and maintaining original applications, which can then be released through the Web from the hyperscale data center facilities.

FREMONT, CA: Google Cloud (also known as Google Cloud Platform) is a computing resource provider for developing, installing, and running web applications. Google cloud platform is primarily a service for developing and maintaining original applications, which can then be released through the Web from the hyperscale data center facilities. Its cloud infrastructure hosts applications such as Google Workplace (formerly G Suite, and before that, Google Apps).

One can use a cloud platform such asGoogle cloud platform when they want to build and run an application that can utilize the power of hyperscale data centers in some way: to reach users worldwide, or to borrow sophisticated analytics and AI functions, or to employ massive data storage, or to take benefit of cost efficiencies.

The implementation of modern applications can be automated. Since an app has so many moving parts, some developers choose to start by building their apps in the cloud (cloud-native). Kubernetes, an orchestrator for applications with several components, was created by Google. Early on, Google took a pragmatic approach to automate the deployment of these multifaceted apps to the cloud, for example, by partnering with Kubo, an automation framework designed to assist developers using Cloud Foundry in deploying their apps to the cloud from dev platforms.

Creative cost control. Google’s approach with Google cloud platform encourages cost competitiveness in some ‘sweet spot’ situations, rather than being the low-cost leader. For example, Google’s object data storage has a lifecycle manager that allows for the offloading or deleting of items that have not been used in 30 days or more.

Friendlier hand-holding for first-time users. A cloud services platform can be a difficult concept to grasp for a beginner. A public cloud is a fresh and alien beast for people who are accustomed to seeing and touching the system they are using, just as it was not clear to many customers what the object of a microcomputer was. Google cloud platform provides step-by-step instructions for many of the most popular tasks, such as spinning up a Linux-based virtual machine, which is essentially the same as declaring and setting up one’s own brand-new device out of thin air.

How Can Maturity-Based Approaches Better Cybersecurity?

How to Mute Everyone in a Zoom Meeting