Home Security Why Coin Miners Go Bad & How to Protect Your Tech When...

Cryptocurrency enthusiasts are flocking to the Wild West of Bitcoin and Monero to cash in on the recent gold rush. Bitcoin’s meteoric rise in value is making coin mining an appealing hobby or even a whole new career. Coin mining software is the main tool in a prospector’s belt.

Some coin miners, also known as cryptocurrency miners, are tempted by the dark side of the industry and resort to nefarious means to harness the immense computing power needed for cryptocurrency profits. Greedy cryptocurrency criminals employ a practice called cryptojacking, stealing the computer power of unsuspecting devices to help them mine faster. Your device could be at risk at being recruited to their efforts.

Let’s dig into how coin mining programs work, why they turn malicious, and how you can stay safe from cryptojackers.

Once the software is installed, the rig is ready to mine, running mathematical calculations to verify and collect new cryptocurrency transactions. Each calculation is known as a hash, and hash rates are the number of calculations that can be run per second.

From there, casual miners may choose to join a mining pool, which is a club of miners who agree to consolidate their computing power and split the profits based on how much work each miner contributed to the output.

Bitcoin rewards miners every 10 minutes for their efforts. Each time miners solve a string of mathematical puzzles, they validate a chain of transactions, thus helping make the entire Bitcoin system more secure. Miners are paid in bitcoin and they also receive a transactional fee.

While coin mining typically starts off as a casual hobby, coin mining programs can turn malicious when cryptocurrency miners want to earn more without investing in boosting their own computing power. Instead, they reroute their targets’ computing power without asking. This is called cryptojacking.

Mining requires incredible amounts of electricity and the more rigs involved; the more cryptocurrency can be mined. Usually, the utility bills and the cost of running coin mining software negates any profit. For example, a casual miner may have one rig devoted to mining. An average rig processes approximately 500 hashes per second on the Monero network (a type of cryptocurrency). However, 500 hashes per second translates to less than a dollar per week in traditional, or fiat, currency.

Greedy cryptocurrency criminals recruit CPU soldiers to their mining army to improve their hash rate. To do so, criminals download coin mining software to a device and then program it to report back to their server. The device’s thinking power is diverted from the owner and funneled straight to the criminal’s server that now controls it. Compromised devices run considerably slower and can overheat, and the strain on the device can eventually destroy it.

How to Stay Safe from Cryptojacking

Cryptojackers are not your everyday thieves. Their target is your CPU power, and they employ devious methods to funnel it for their own use. Luckily, there are a few easy ways to thwart their efforts:

Personal devices are often infected through phishing within emails and texts. There are many tell-tale signs of a phishing message. For example, they are often poorly written and use language that indicates that the sender wants a hasty response. Also, phishing attempts often charade as official organizations, like banks and credit card companies. If you are ever suspicious of an email or text, do not open any of the links and do not reply. Instead, contact the organization’s customer support to verify the legitimacy of the message.

Another way miners gain access to personal devices is by camouflaging malicious code in pop-up ads. An easy way to avoid being cryptojacked is to simply never click on these ads. Or even better, install an ad blocker to help eliminate the risk.

Public wi-fi and poorly protected networks present a vulnerable entry point for cybercriminals to hack into your devices. Cybercriminals often attempt to download software remotely to your laptop, desktop, or mobile device to reroute its computing power for their own selfish gains. Always connect to a VPN like McAfee Safe Connect VPN to safely surf unsecure networks.

Cryptojacking code is inconspicuous and generally hidden in legitimate code. Antivirus software, such as McAfee Total Protection, is a recommended way to proactively scan for malware and even identify fraudulent websites. McAfee WebAdvisor has a Chrome extension that specifically blocks cryptojackers.

Be aware of the signs your devices have been cryptojacked. For example, monitor any changes in the speed of your devices and check out your utility bills for dramatic spikes. By remaining vigilant with these tips, you will keep your devices safe from cryptocurrency miners gone rogue. 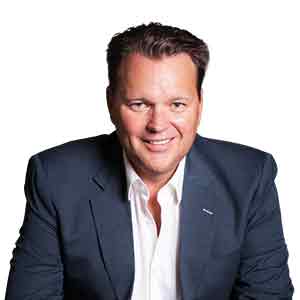 A technical critique on why even a well-intentioned effort to build a client-side scanning...

The Trouble with Free and Open Source Software