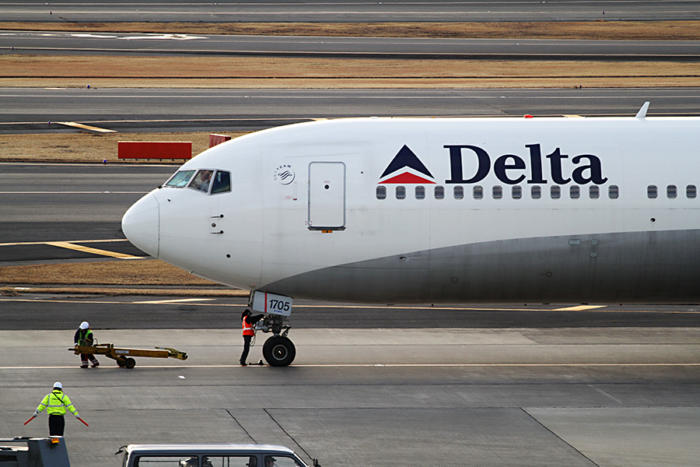 Delta Airlines this week dropped the biggest hint of this when it announced deployment of 19,000 iPhone 12s for its in-flight staff. The airline shared some of the ways in which it expects to make use of these devices, particularly in training and catering.

In short: Delta plans to use iPhones to offer immersive training experiences to staffers, featuring video, photos, and AR. Specifically, it plans to use AR to help cabin staff quickly locate where items are stowed – useful for hand luggage but even more useful when attempting to locate a flight’s worth of desserts for the meal.

I can already imagine how this might work. It’s also easy to imagine AR overlays on phones or other connected devices (including glasses) being of use when checking in-flight passenger manifests and identifying those passengers who need additional attention or special meals during the flight.

Such actionable AR experiences deliver significant improvements in business efficiency, along with better employee and customer experiences. They also enable new approaches to business problems; AR solutions developer  Campfire, for example, recently raised millions to fund its holographic collaboration system for product designers. This, incidentally, uses a headset designed with Frog Design, who some may recall designed Apple’s computers in the 1980s.

TeamViewer (now used by Mitsubishi to provide support for industrial automation equipment) is a good example of the latter. This system enables onsite technicians to use iPhones running the app, pointing the camera at equipment that needs maintenance or repair. What they see is shared with an expert off-site who is also running the app. The expert can then annotate the video feed of the equipment to guide the technician.

It is interesting to note that use of these technologies also enables field service maintenance team members to specialize, as it empowers them to share knowledge with other engineers in real time as needed.

Scope AR, one of the key enterprise AR companies watched by IDC (Atheer and Upskill are the others), continues to explore enterprise exploitation of AR. It offers a complex set of creative tools to build and deliver actionable AR insights and instruction.

This form of applied AR can help augment the humans who use it. Lockheed Martin puts it this way: “Scope AR’s WorkLink augmented reality platform has tremendously helped our space division build high quality spacecraft by reducing the time it takes to interpret work instructions by more than 95 percent.”

In Estonia, parcel robot producer Cleveron uses AR developed with Scope AR to help customers install automated equipment without requiring the company’s technicians to be present. The solution gives customers training courses, an AR-based tool for the installation process, and access to a remote supervisor within the app.

“With the help of the AR tool, we have installed products on three different continents with partners who have little or no prior experience with the particular product. Due to the restrictions imposed by COVID-19, this would not have been possible any other way,” said Cleveron CTO Ott Pabut in a statement.

These enterprise-focused deployments are, I think, the most interesting to look at as we consider Apple’s work AR.

It’s a field that seems to have become overly synonymous in public imagination with games like Pokemon or Apple Arcade’s Hot Lava and shopping experiences such as those promoted by IKEA; but that’s not really the biggest reality shift behind such tech. As these few examples show, AR can and will enable huge leaps forward in enterprise process and product design, remote support, and human-focused task automation.

The latter is precisely what Delta hopes to achieve by deploying 19,000 iPhones. All those flight crew members really need is a headset so they can keep their smartphones in their pockets while still bringing your on-board meal.

Ultimately, the current evolution in task-focused AR has been frustrated by the need to also develop safe and reliable systems to run them on – and in most cases, solutions that leave your hands free to get things done are the missing piece of the puzzle.

Given that Apple chose to mention the AR-focused Delta deployment this week, it makes sense to anticipate further mentions around AR as it opens up WWDC in a few week’s time. Apple tends to think about how and why it places such breadcrumbs into public view.

How to Create Online Whiteboards, Share Them, and Monitor Them

Affected by a Data Breach? Here Are 5 Security Steps You Should Take