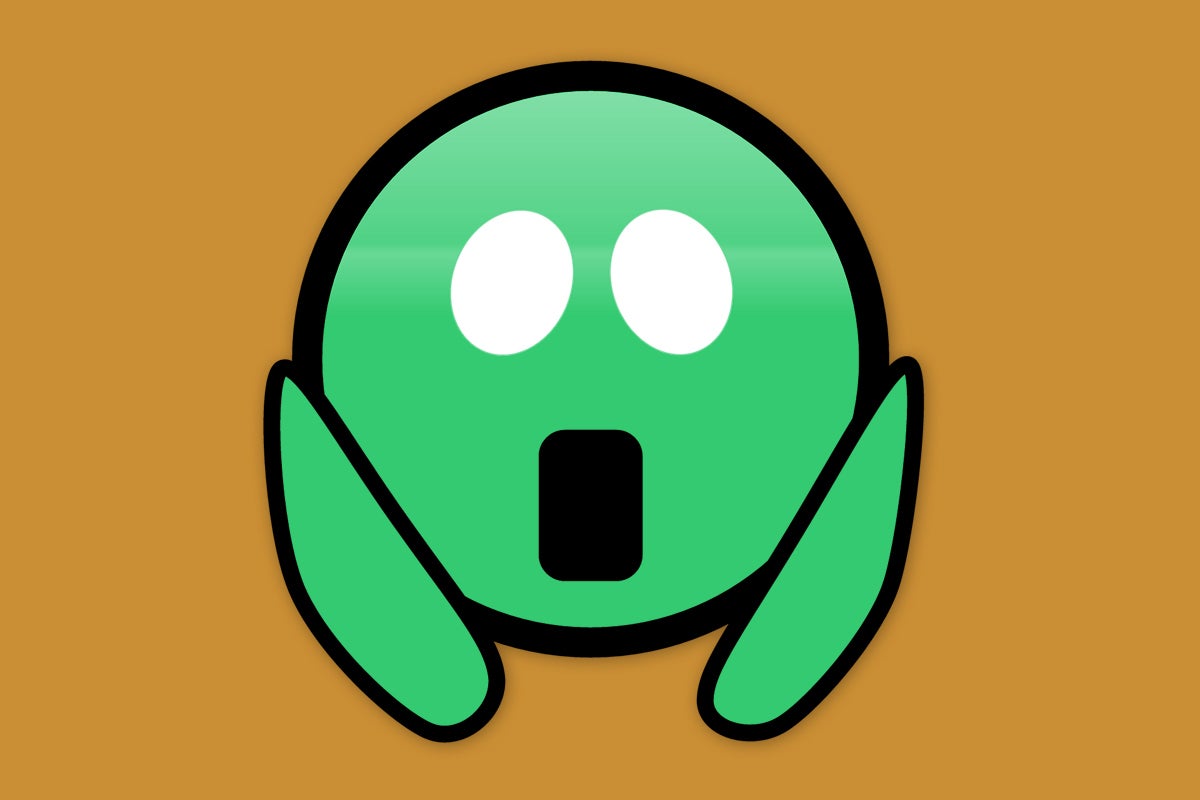 Holy floppin’ hellfire, Henry! Have you heard? A terrifying new form of Android malware is running amok — stealing passwords, emptying bank accounts, and drinking all the grape soda from the refrigerators of unsuspecting Android phone owners.

We should all be quivering in our rainboots, according to almost all the information I’ve read on these here internets. Numerous adjective-filled news stories have warned me that the “scary new Android malware” is “spreading quickly,” targeting “millions” (millions!) of users, and occasionally even “kicking people square in the groin.” (All right, so I made that last part up. But you get the idea.)

BUT WAIT! It gets worse: The malware, known as FluBot (because it wouldn’t be Android malware if it didn’t have an annoyingly cutesy name), works by showing up on your phone, gaining access to all of your most sensitive data, and then sending your deepest secrets to hooligans who are preemptively cackling over your unavoidable misfortune.

It’s enough to make you want to toss your Android phone into the nearest quarry and go into permanent hiding. I get it — who wouldn’t react that way? Before you start searching for the nearest bunker, though, there’s something you should know about this menacing Android malware. And it’s something that, if we’re being fully honest, applies to the vast majority of fear-inducing Android security stories we see out in the wild.

Ready? This Android malware should be incredibly scary for you — if, that is, you’re a complete and total nitwit.

No offense to the complete and total nitwits of the world (we love you, we really do), but let me provide a little oft-missing context about how exactly this latest big, bad malware monster actually works:

In related news, if a suspicious-looking fella approaches you on the street and asks for your wallet — then tells you three different times what he’ll be able to do if you give him your wallet and confirms four times that you actually want to give it to him, anyway — well, by golly, if you go ahead and hand him that wallet, some bad stuff is probably gonna happen.

All analogies aside, there’s actually one more asterisk to this, and it’s an important one: In an enterprise arrangement, any company whose IT department isn’t made up entirely of complete and total nitwits would have policies preventing users from installing apps from random unknown sources in the first place. Such policies are in place by default on a managed Android enterprise arrangement, in fact, so the IT folk would’ve had to deliberately disable that form of protection in order for any of these hijinks to be possible on a company-connected phone.

Android enterprise policies can also control exactly which apps are allowed to be set as accessibility services, so there’s another layer of nitwit protection. And that’s to say nothing of the anti-phishing measures lots of companies also put in place on their devices. In virtually any (non-nitwit-involving) business situation, then, you’d never get past step 3 — or possibly even step 2 — no matter how hard you tried.

And even in an individual user situation, you’d really have to work pretty darn diligently to let an app like this do its dirty bidding, given all the barriers Android puts up before you could reach the point of actual danger.

And y’know what? It’s more or less the same freakin’ story every freakin’ time. That’s absolutely the case with another Android bogeyman making the rounds right now — a “sophisticated new malicious app” that “disguises itself as a System Update application” and steals “data, messages, [and] images” while simultaneously “taking control of Android phones” and monitoring everything from your phone call contents to your messages and even your browser history (yes, including that one site you looked at before bed last night).

But, oh yeah: You’d have to go to some random unofficial website to find and download the thing and then skate past all those same sorts of prompts to install it and give it the various forms of advanced access it needs to operate. And if you’re using a work-connected phone, you probably couldn’t do any of that, anyway.

Oh, and the company pushing the publicity campaign about that one, by the way? It’s Zimperium, which conveniently and completely coincidentally happens to sell security software for Android devices. (Funny how that always seems to work out that way, isn’t it?)

The bottom line is this, my fellow Android-carrying hominid: Android security can certainly seem scary on the surface, especially if you spend much time swimming in the endless stream of sensational stories about it. And goodness gracious, some weeks, those fear-infested waters can be damn-near impossible to avoid.

Once you start looking closely and asking the right questions, though, an Android security scare is almost always far less frightening than it initially appears. And despite what the companies pushing these narratives would presumably prefer, there’s rarely any real reason to panic — so long as even the teensiest shred of common (non-complete-and-total-nitwit) sense is involved.

How to prepare and protect your digital legacy

Three Ways Your BEC Defense Is Failing & How to Do …

Health Prognosis on the Security of IoMT Devices? …