Home IoT What You Should Know About 5G Mobile Communication System 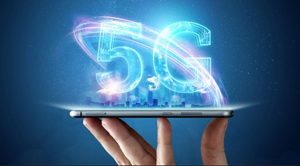 The demand for intensive implementation of the Fifth-Generation Mobile Communications System (5G) is increasing due to advanced mobile communications.

Since LTE is commonly used worldwide, and LTE-Advanced is being produced in several countries and regions. Moreover, it will meet a certain degree of demand for wireless high speeds and high-capacity communications generated by rising communication traffic due to the increasing number of smartphones with enhanced applications will be met for the time being.

In the 2020s, however, further development of the communications infrastructure would be unavoidable, with significant penetration of wearable devices, improved video content generated by 4K or 8K video systems, and other factors to consider. It will be critical not only for entertainment and advertising purposes but also for defense, healthcare, and education.

The number of wireless communication modules used to link gas, and electric metres is immensely increasing. Simultaneously, there is an increase in demand for sensors used in agriculture, livestock, or the construction sector.

Even though LTE or LTE Advanced (corresponding to IMT-Advanced) has accomplished transmission latency in the order of 10 milliseconds, it is claimed that for specific use cases, such as tactile communications, a more dramatic reduction in latency will be needed.

Low latency and high-reliability communications will be expected in some use cases. For example, communication among cards to prevent accidents or remote control of robots are examples of these use cases. As a result, the end-to-end latency of a few milliseconds or less than one millisecond will be necessary for the radio access part.

How to Record a Video in PowerPoint (Windows Desktop Version)