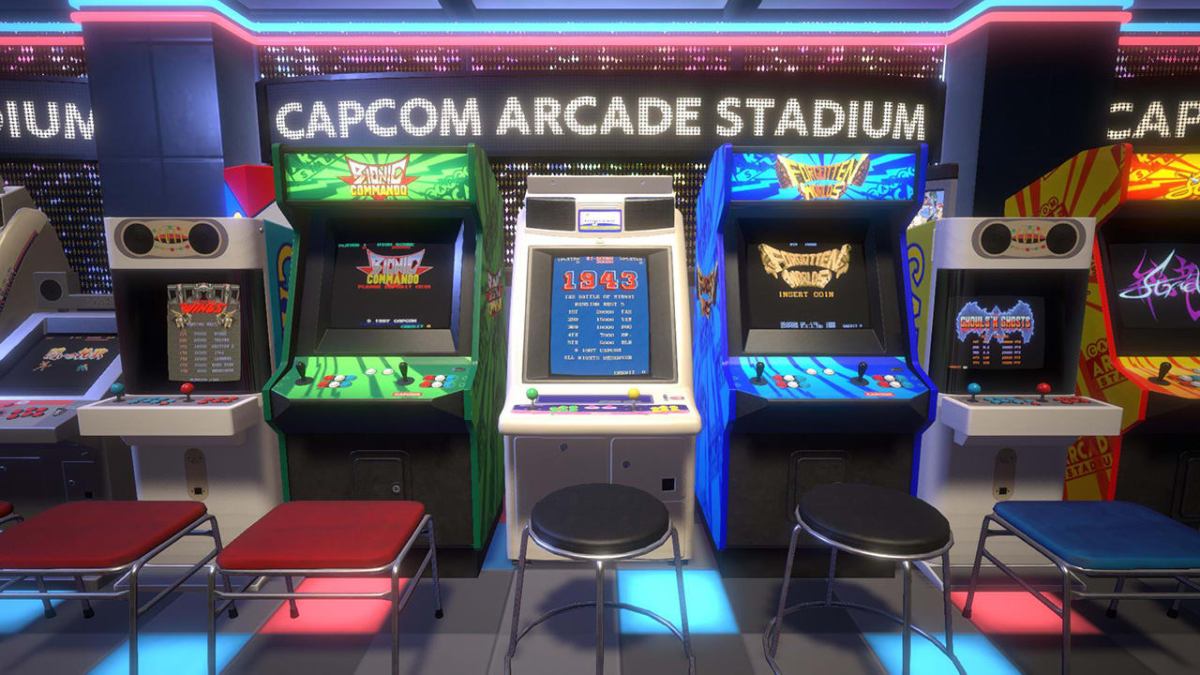 Last month, Capcom released Capcom Arcade Stadium for Switch, PlayStation 4, Xbox One, and PC. I’m here to tell you that this delightful compilation is worth looking into if you’re a fan of retro arcade games.

If you buy the full version of Arcade Stadium for $40, you’ll get access to 32 games from a time period stretching between 1984 to 2001. This includes some of Capcom’s biggest hits, like Street Fighter II, Final Fight, and Commando. You also get access to some deeper cuts like the Three Kingdoms-themed beat-’em-up Dynasty Wars and the co-op sidescroller Mega Twins.

But the presentation is what really makes Capcom Arcade Stadium cool for me.

Your “menu” is something of a digital arcade. Each game has its own cabinet, and your perspective shifts over to the machine when you start playing on it. Maybe the pandemic just has me really missing actual arcades, but I love this little bit of immersion. And don’t worry, you can use the option to choose a more basic view of the game if you don’t like looking at the sides of a virtual arcade cabinet.

I love it when compilations do something creative. It can be dull when all you’re doing is picking games from a list. Past standouts include Sega Genesis Classics, which has you picking your games from the shelf of a digital ’90s kids bedroom. I was also a big fan of those Namco Museum collections for the original PlayStation, which had you exploring an digital museum.

Above: Even picking your game is fun.

I also appreciate the amount of customization and other options you have access to. If you’re using a Switch, you can even set it up so that the games that used vertical screens in the arcade can run that way on your portable screen. Arcade Stadium also has a built-in achievements system, which gives you a bit of a fun incentive to dive deeper into each game. And of course, you get access to things like rewind and save state features.

As someone who remembers a time when arcade games were technically and graphically superior to what we got on consoles, its always delightful seeing how accessible arcade ports are these days. And with digital collections like this, you don’t need to worry about running out of quarters.

Now, that does bring up an issue that almost all arcade games on consoles come across. They just weren’t designed for at-home play with an infinite amount of free lives. Being able to continue as much as you want with no penalty can turn you into a lazy and careless player. That’s why I’ve always preferred made-for-consoles beat-’em-ups like Streets of Rage 2 over something like the arcade version of Final Fight. In Streets of Rage 2, you have to be careful because a game over is a real risk. If you’re just playing an arcade game with an infinite amount of digital quarters, you never have to worry about losing. Winning is more of an endurance test than anything else. 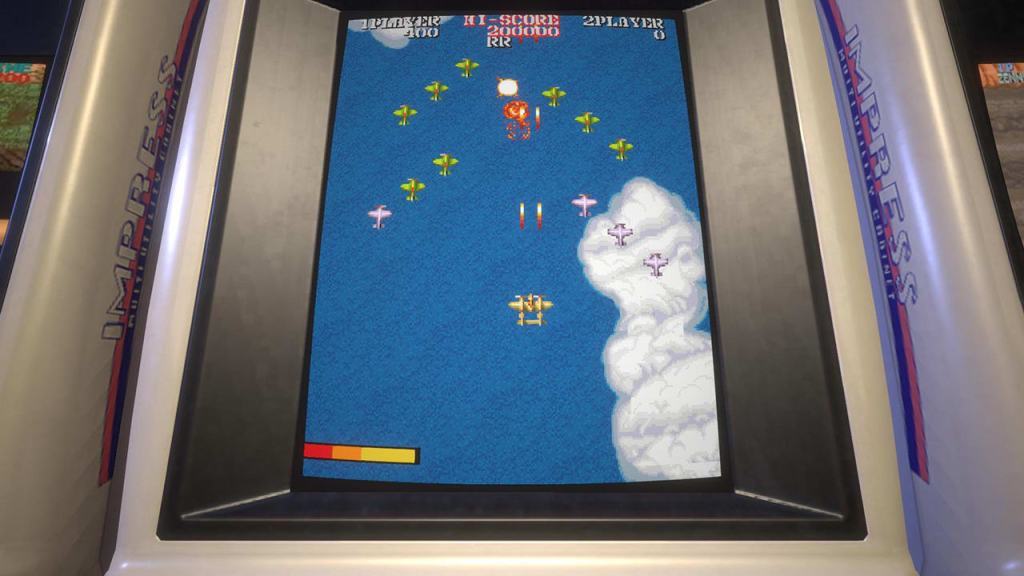 Above: Shmup it up!

I’m also sad to see some games missing from the compilation, especially from the mid-to-late ’90s and early 2000s period. It’s a bummer to not have some of Capcom’s best fighting games on here, like Street Fighter III, Darkstalkers, and Rival Schools. Look, I’m not expecting to see Marvel vs. Capcom on here, given the licensing nightmare that must be, but I would have killed for a few more high-profile fighting games. This would have also been a great chance to give us the arcade version of Cannon Spike, the 2000 action-shooter that features a crossover of Capcom characters like Cammy, Arthur, and Mega Man.

But overall, this is a cool compilation. If you love retro arcade games, especially beat-’em-ups and shoot-’em-ups, you’re going to find a lot to like in Capcom Arcade Stadium. Just looking through its collection of digital arcade cabinets is a vibe that I enjoy.

Now I hope that Sega can give us a similar collection of its arcade hits. I need Daytona USA 2 and Fighting Vipers on my Switch, darn it.

In 2020, businesses likely to shift blockchain focus to integration, interoperability