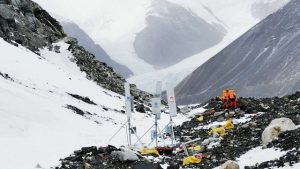 Huawei has increased its lead at the top of the global telecoms equipment market, boosting its revenue share by a couple of percentage points last year.

Given the endless column inches devoted to charting Huawei’s issues in the 5G RAN and handset spaces, stemming essentially from Beijing’s trade war with the US and concerns about national security in many markets, it is easy to forget how dominant the Chinese vendor still is in the broader global market for telecoms equipment.

Huawei claimed a 31% revenue share in the kit market – including Broadband Access, Microwave & Optical Transport, Mobile Core & Radio Access Network, SP Router & Carrier Ethernet Switch (CES) – in 2020, more than twice that of its closest rival Nokia, which accounted for 15% of the market, according to estimated figures shared by Dell’Oro Group on Monday.

“Revenue shares continued to be impacted by the state of the 5G rollouts in highly concentrated markets,” Dell’Oro said. “While both Ericsson and Nokia improved their RAN positions outside of China, initial estimates suggest Huawei’s global telecom equipment market share, including China, improved by two to three percentage points for the full year 2020.”

Top top seven vendors –  Ericsson, ZTE, Cisco, Ciena, and Samsung occupy positions three to seven, in that order – have retained their positions in the ranking and together account for somewhere between 80% and 85% of the total global market, Dell’Oro’s numbers suggest. However, while the ranking order has not changed compared with 2019, there were subtle changes in revenue share, and in a market in which the odd percentage point here or there could mean billions in revenue, those small changes make a big difference.

The wireless industry was the strongest growth driver, with spend on RAN and mobile core networks both increasing beyond the expectations of Dell’Oro analysts. Mobile core and RAN together account for just under half of the worldwide equipment market. And growth in China has clearly made a difference to the global total.

“With investments in China outpacing the overall market, we estimate Huawei and ZTE collectively gained around 3 to 4 percentage points of revenue share between 2019 and 2020, together comprising more than 40% of the global telecom equipment market,” Dell’Oro said.

Despite revenue figures in 2020 coming in higher than the company had predicted, it remains optimistic the trend will continue in the current year, putting the growth rate for 2021 at between 3% and 5%.

That’s a lot of revenue for the big players to do battle over and provides further evidence – if it were needed – that companies like Nokia face a pressing need to overhaul their businesses, while reminding us that Huawei remains a real powerhouse, despite its highly-publicised manifold issues on the global stage.

Securing the 2020 Election: 'We're Not Out of the Woods Yet'

How Do You Choose The Right Data Career Path?

Breakdown of a Break-in: A Manufacturer's Ransomware Response