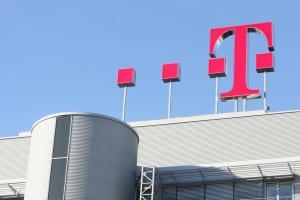 Deutsche Telekom will not part with its towers assets, despite recently inking a deal of that nature in the Netherlands, but it could look to float its passive infrastructure business or seek out a partnership.

“It always takes two to tango,” said Tim Hoettges, speaking at the German incumbent’s 2020 results call on Friday. “We might have a partner, where we have synergies and a value-enhancing story,” he said, a comment that doubtless caught the attention of executives at the operator’s French peer.

Orange CEO Stéphane Richard recently named Deutsche Telekom as an ideal partner in the towers space; while the telco wants to retain control of its own towers, that could mean co-control with another big operator, Richard explained. There were no formal talks happening with Deutsche Telekom – or Vodafone, Orange’s other perfect partner – when Richard made the revelation, but that was the best part of two weeks ago…

Deustche Telekom appears to be following a similar strategy to Orange.

“Because everybody does something, this is exactly why I’m not doing it,” Hoettges said, referring to the current trend of telecoms operators selling off towers assets for sizeable sums of money. “It might be right that you have to monetise your towers to deleverage your balance sheet… [but] we don’t need that today,” he said. “We keep the value on hand.”

Indeed, Deutsche Telekom’s full-year figures showed that net debt including leases fell by more than €4 billion in Q4 to end the year at €120.2 billion, putting its leverage ratio at 2.78x. That’s very close to what Deutsche Telekom describes as its comfort zone of 2.25x-2.75x, where it intends to be within three years of the Sprint/T-Mobile merger in the US. Excluding leases, its leverage ratio is already at 2.4x.

As an aside, the inclusion of Sprint in Deutsche Telekom’s 2020 numbers – the deal closed in April – helped to push the group’s revenues over the €100 billion mark, an increase of more than 25% on 2019; turnover grew by 3% in organic terms.

Back to towers. Telefonica is one of the big names selling off towers at present, and it made no secret of the fact that debt reduction was one of the main drivers of the €7.7 billion deal it inked with American Tower in January.

But for Deutsche Telekom, towers and their growing value are a strategic asset, “not just selling something and getting the money,” as Hoettges put it.

He referred to the deal the telco brokered in January to combine its towers in the Netherlands with those of Cellnex and simultaneously create a fund in partnership with the towers firm to invest in passive infrastructure assets.

In addition to the possibility of a towers partnership, Deutsche Telekom also has not ruled out the idea of listing its towers business.

“We might IPO,” Hoettges said. “Others are doing it. [It] might be a good idea. Let’s see how it is working,” he said, doubtless thinking of Vodafone’s recently-confirmed plan to float its Vantage Towers unit in Frankfurt before the end of this month.

“We have more towers than Vodafone and American Tower here in Germany together…We know about the value we have,” Hoettges said. “And so therefore, let’s keep it on the hand and play our joker when we want to play the joker.”

IBM unveils cloud for 5G telcos, gets Nokia and Samsung as partners