Home Business BT gets through another Chairman as du Plessis calls it a day... 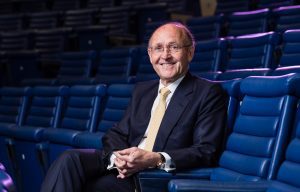 The Chairman of UK telco group BT – Jan du Plessis – has decided he’s had enough of the executive rollercoaster and is stepping down.

“BT has made good progress over the last few years,” said du Plessis (pictured). “We have a refreshed Board and much-strengthened senior management team delivering on our strategy to transform the Company. We have made big strides in enhancing customer service and have really stepped up to support the country during the pandemic.

“Above all, our relationship with Ofcom has improved significantly over the last three years and I strongly believe the Board’s commitment to invest in a full fibre network is in the long-term interests of all BT’s stakeholders.

“BT is a fantastic company and it is a huge privilege and responsibility to be its Chairman. But after 17 years of demanding roles as Chairman of significant FTSE companies, I know the time is now right for me to step down and focus on other interests. Until I hand over to my successor, I remain fully committed to BT and helping Philip continue to deliver for all our customers, colleagues and shareholders.”

Du Plessis took over from Mike Rake back in 2017 and soon saw off Chief Exec Gavin Patterson. His main job was to steady the ship after a series of dramas and he seems to have been moderately successful in that respect. Current boss Philip Jansen hasn’t made any major mistakes and the regulatory situation is stable. Having said that BT’s share price is around half what it was when du Plessis took over.

“I’d like to personally thank Jan for both his service to BT but also his commitment and support to me since I joined,” said Jansen. “His wise counsel, in particular over the last year as we have led the company through the pandemic has been hugely appreciated.”

“Jan’s focus on improving customer experiences, investing for the long-term and motivating our colleagues has been consistent throughout his time at BT and with his strong support we now have a clear strategy to deliver in the years ahead.”

Du Plessis will clear off once the British establishment has been tapped for his replacement. He has given no indication what these ‘other interests’ he wants to focus on are, but his predecessor went on to join Huawei UK’s board. Just saying.