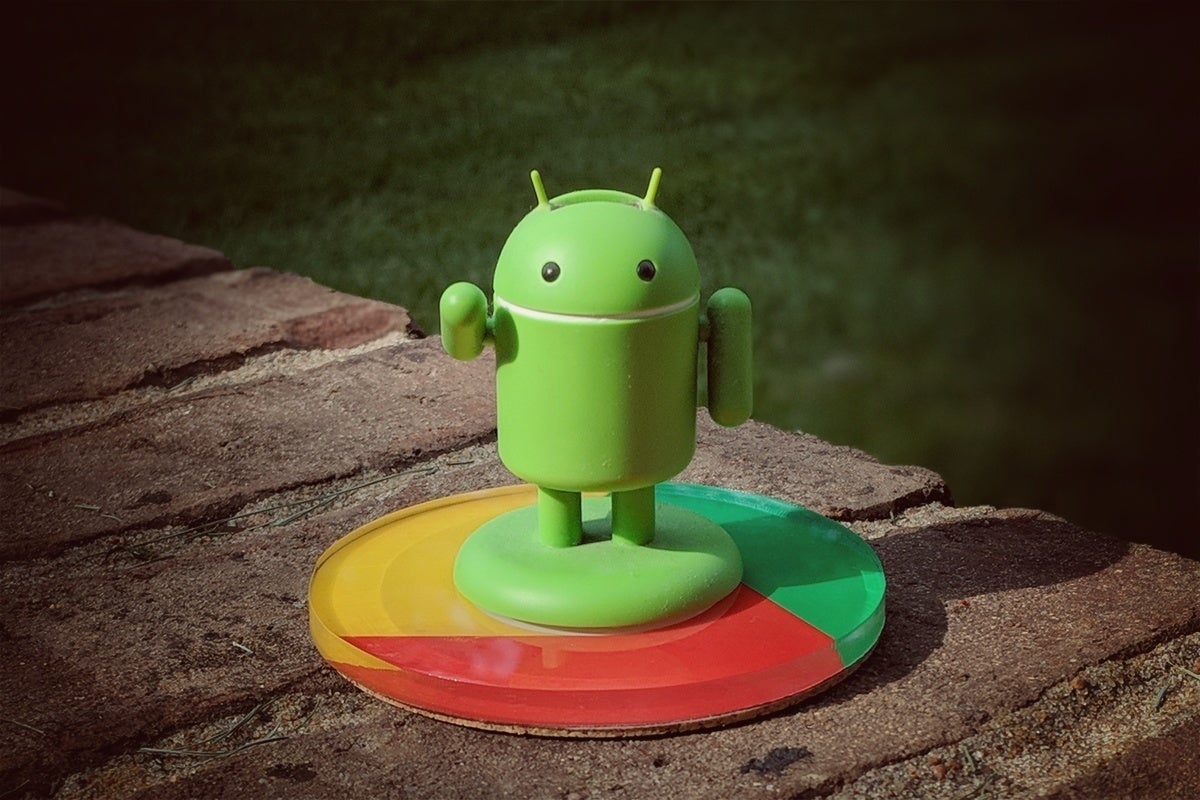 We’ve heard plenty about how Android apps on Chrome OS are a big deal, but when you first find yourself staring at the Google Play Store on a dual-purpose device, it can be tough to know where to begin.

Chromebooks were already quite capable without Android apps in the equation, after all, and many of the Play Store’s most popular titles are also available in web-app equivalents. Sure, you could install the Google Docs Android app or the Twitter Android app onto a Chromebook, but you’d get better and more complete experiences by using either service’s web-based counterpart. So why bother?

The trick is to figure out which Android apps actually enhance Chrome OS in a meaningful way — either by filling in a gap in the platform or by adding something new and practical into the experience. But in a sea of overlapping titles and mobile-specific utilities, singling out such a selection isn’t always easy.

That’s why I’m here to help. I’ve spent countless hours living with Chromebooks and using them as both productivity and entertainment tools. I’ve explored the available Android app options and pinpointed the programs that expand a Chromebook’s capabilities in measures that matter. I’ve even gone on business trips carrying nothing but an Android-app-enabled Chromebook for all of my work and (ahem) procrastination needs.

Start with the titles below — all free, unless otherwise noted — and watch your Chromebook transform from a cloud-centric laptop into a platform-defying all-purpose device.

(When you’re done here, by the way, don’t forget to consider some Linux apps for your Chromebook, too. Those can further extend your computer’s productivity powers — in some different but equally interesting ways.)

Documents, spreadsheets, and other file-oriented work

We’ll kick things off with the most obvious of the bunch: If Google Docs doesn’t cut it for you and Microsoft’s Office Online offering is equally inadequate, the Android versions of Word, Excel, and PowerPoint are precisely what you need. They’re fully featured and fantastically familiar, as long as you have an Office 365 or Microsoft 365 subscription — and they fill a formerly unaddressable void left by Microsoft’s lackluster web options.

Need a desktop-caliber office suite without the recurring fee? MobiSystems’ OfficeSuite Pro is the next-best thing to Microsoft’s standard-bearer. The app costs $20, plus an additional $10 for a font pack you’ll probably want. (And remember: Once purchased, you can use the program on any Android device as well.)

Xodo does one thing and does it well: It makes it dead simple to write on, highlight, and annotate PDFs. If you need to fill out forms by hand or mark up the occasional document on your Chromebook, this free and easy-to-use app — also my recommendation for the best PDF manipulation program for Android devices — is the one for you.

The native Chrome OS Files app is fine, but you can give yourself greater file management power with Solid Explorer, an Android file manager app that’s optimized for Chrome OS support. Solid Explorer allows you to use a two-panel view for easy dragging and dropping of files between multiple locations — including your regular local storage, the area of your storage dedicated to Android app use, and cloud-based storage from a variety of compatible providers. It can connect to your own personal or company FTP or WebDav server, too, and it lets you add additional layers of encryption to files in any of those locations.

OneNote users, take note: The Android version of OneNote — my pick for the best fully-featured Android note-taking app, notably — one-ups its web-based equivalent by providing offline access to your notes along with enhanced handwriting support. If you’re using OneNote with a Chromebook, it’s well worth having around.

Google’s note-taking service has a perfectly functional web version, but the Keep Android app offers some noteworthy advantages. First and foremost, just like with OneNote, the Android version of Keep lets you view and work with your notes even when you’re offline — which could be a valuable option to have, at least in some theoretical future world where we’re all traveling again.

Beyond that, the Keep Android app is especially well-suited to on-screen scribbling — with a stylus, your finger, or whatever appendage you prefer — thanks to its built-in tools and settings for controlling the color and thickness of your “ink.” It even has the ability to add a variety of paper-like grid lines into your notes to make them feel like more of a natural writing environment.

Speaking of taking notes by hand, this $12 note-taking utility is a must-have for anyone who uses a Chromebook with a stylus. Nebo gives you a powerful set of tools for writing and drawing directly on your device’s screen and then having your words converted into regular, copy-and-paste-ready text. You can even draft diagrams and have the app translate all of your work into plain text, HTML, or a fully formatted Word document that’s ready to be shared with your team.

Squid is less about converting your handwritten notes into text and more about giving you a robust canvas for scrawling out info and leaving it in that pen-created form. It’s specially optimized for low latency with stylus use and completely vector-based, too, so you can create high quality, fully scalable images. And anything you make within the app can be exported as a JPG, PDF, or PNG file or even cast to a Chromecast-compatible screen for an on-the-fly presentation.

The app’s basics are free while certain advanced features — the ability to import PDFs, for instance, along with the options to use the highlighter and shape tools for editing — are available as part of an optional $1-a-month or $10-a-year premium subscription.

Stuck living in Microsoft’s email universe? Leave Outlook’s lackluster web version behind and give yourself the pleasure of using the Android app instead. It provides offline access to your email and is noticeably faster than its browser-based brother.

If you rely on Facebook’s Messenger system for any sort of professional communication, using the standalone Android app is infinitely better than keeping the full Facebook website open all day (or picking up your phone every time a new message comes in). It’s Facebook messaging without the rest of Facebook, in essence. What more do you need to know?

Google Calendar’s web interface may feel familiar, but the Android version of the service has the more contemporary and touch-friendly interface — and it works offline, too, something the web version surprisingly still doesn’t do. Especially if you’re accustomed to using Calendar on your phone, you’ll appreciate having the app available on your Chromebook, even if only for occasional use.

Trello lovers, listen up: You’ll absolutely want to have Trello’s Android app on your Chromebook for any touch-oriented organizational work. It’ll make it feel like you’re working on a tablet instead of clumsily trying to claw around a website with your finger — and it’ll let you access your data when you’re offline.

Google’s own Tasks service isn’t the most powerful task manager around, but if you like using it, the Tasks Android app will be a smart addition to your Chromebook setup. It lets you treat Tasks as its own standalone program, for one — as opposed to just being bundled into Gmail, as it typically is on the desktop — and it’s capable of working offline.

Two-factor authentication is an important way to protect your most important accounts, and Authy’s one of the best options out there for generating and managing 2FA codes. If you want to be able to access codes from your Chromebook in addition to your phone, the Authy Android app is the way to do it.

There’s no shortage of commendable VPN services that’ll run directly within Chrome, but if you’re already paying for Google’s Google One subscription service — which gives you extra storage across all Google services for as little as two bucks a month — you automatically get access to Google’s own VPN for encrypting all of your data transfers. And while Google doesn’t actively promote this fact, you can install the Google One Android app on your Chromebook and activate that feature.

Maps’ web interface is no slouch, but the Android app gives you a slew of time-saving touch gestures as well as useful extras like traffic alert notifications. And — yup, you guessed it — it can work offline as needed.

Maybe you use your Chromebook in conjunction with a Windows or Mac computer. If so, Duet Display is just the tool for you. Install the app on your Chrome OS device and then install the companion program on your other computer, and your Chromebook can turn into a wireless second display for your Mac or PC. Hey, no need to choose — you can have the best of both worlds!

Speaking of having the best of both worlds, if you like the Chrome OS environment but sometimes find yourself needing to see the universe through an alternate lens, remember that you can install secondary browsers by snagging their Android versions. (If the full desktop-level browsing experience is what you’re after, then the Linux versions are what you’ll need.)

Free Technology for Teachers: How to Make a Connecto Game