Home Business Verizon is the most valuable telecoms brand, Reliance Jio the strongest –... 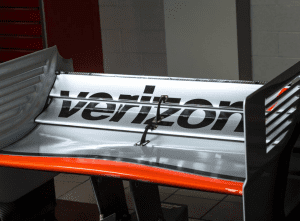 Size matters in the latest iteration of Brand Finance’s 2021 ranking of the world’s most valuable telecoms brands.

However, being amongst the biggest in the world did not help China’s three telecom giants, all of which saw hefty declines in the value of their brands over the past 12 months.

India’s Reliance Jio was Brand Finance’s headline performer in its new ranking, because not only was it the fastest growing in terms of brand value, it also topped the charts based on brand strength. Brand Finance uses metrics such as marketing investment, customer perception, staff satisfaction, and corporate reputation to measure a company’s brand strength, and awarded Reliance Jio a Brand Strength Index (BSI) score of 91.7 out of a possible 100 and a AAA+ brand strength rating…which works a bit like a credit rating and is pretty self-explanatory.

Brand Finance highlighted Jio’s rapid rise to become India’s biggest mobile operator – and the third largest in the world – and its affordable, often free, plans that changed the way Indians use the Internet to explain its brand strength.

“The dominance of the brand across the nation is evident from the results from Brand Finance’s original market research. Jio scores highest in all metrics – consideration conversion, reputation, recommendation, word of mouth, innovation, customer service and value for money – compared to its telecom competitors in India,” the analyst firm noted. “The brand has no major weaknesses within the sector, and unlike other telecoms brands globally, Jio has shown that it has broken the mould, and enjoys genuine affection from consumers.”

You can’t say fairer than that, really; how many other telcos can truly claim genuine affection from their customers? There are some out there that would be happy with mild disdain…

Based on Brand Finance’s calculations, which use the BSI score and revenue metrics amongst other things, Jio increased its brand value by 50% from last year’s ranking to US$4.8 billion, making it the fastest growing in the telecoms space.

But that $4.8 billion figure is a drop in the ocean compared with the top of the brand value ranking table.

League leader Verizon increased its brand valuation by 8% to a staggering $68.9 billion, putting it in the top 10 brands globally across all industries.

“Two years since the beginning of Verizon’s business transformation program, Verizon 2.0 – focusing on the transformation of the network, the go-to-market, the brand, and the culture of the business – the brand continues to make leaps and bounds across the industry,” Brand Finance said, highlighting in particular the US telco’s network coverage, the volume of traffic it carries, and its 5G network rollout.

“While 2020 was the year for Verizon to optimise its existing assets, we expect 2021 to be the year where Verizon strengthens its network leadership through acquisitions of a broader spectrum and a wider launch of its 5G,” said Savio D’Souza, Valuation Director at Brand Finance. “Supported by an increased focus on gaming, the company is also leveraging its superior brand strength to increase customer differentiation by migrating customers to unlimited plans and increasing stickiness with content and partnerships such as Disney+, Apple and Discovery plus,” he added.

To put it another way, you could say Verizon is piggybacking on other strong brands to boost its own. Maybe that’s a little unfair. But putting together two or more strong brands will always have an impact in the eyes of the consumer.

Arch-rival AT&T has a number of well-known brands in its arsenal – HBO and DirecTV, for example – but it has not fared as well as Verizon in the ranking. It comes in second in the table with a brand valuation of $51.4 billion, down 13% on last year. Brand Finance did not elaborate on AT&T’s position in its report summary, but given the recent weak performances at its video business and questions marks over the future of big name assets it paid a fortune for in the recent past, it is perhaps not surprising that the telco is struggling.

15 US telecoms brands feature in the top 150, including Charter’s Spectrum, which was the second fastest growing in the top 10, increasing its valuation by 11% to $21.4 billion. Choosing a brand name that is also a key component of the broader mobile industry was something of a gamble for Charter. Looks like it is paying off.

The fastest growing telecoms brand in the top 10 was Deutsche Telekom, which saw its brand valuation increase by 28% to $51.1 billion, putting it in third place, a whisker behind AT&T. Deutsche Telekom is the biggest telco in Europe by revenues, it is seeing success domestically in the expansion of high-speed broadband, and there’s also the small matter of the T-Mobile US/Sprint merger to take into consideration; that last event boosted revenues by a significant amount, which aided its brand valuation calculation…although to the semi-trained eye, T-Mobile appears to be a stronger brand than that of the parent organisation…from a consumer perception point of view, at least.

However, size matters in Brand Finance’s ranking, with revenue volumes and growth having a bearing on brand valuation.

That partly explains why the big three Chinese players struggled in this year’s report, despite all ranking in the top 20. China Mobile’s brand valuation dropped by 23% to $37.6 billion; China Telecom was down 34% to $13.3 billion; and China Unicom slid 15% to $7.9 billion.

Declining subscriber numbers, including on a large scale in the enterprise space, and mid-year floods that destroyed 41,000 homes played a part in the valuation shrink, according to Brand Finance.

Big is beautiful when it comes to brand value. But the bigger they are, the harder they fall.

Stantinko botnet adds cryptomining to its pool of criminal activities

Linux and malware: Should you worry?