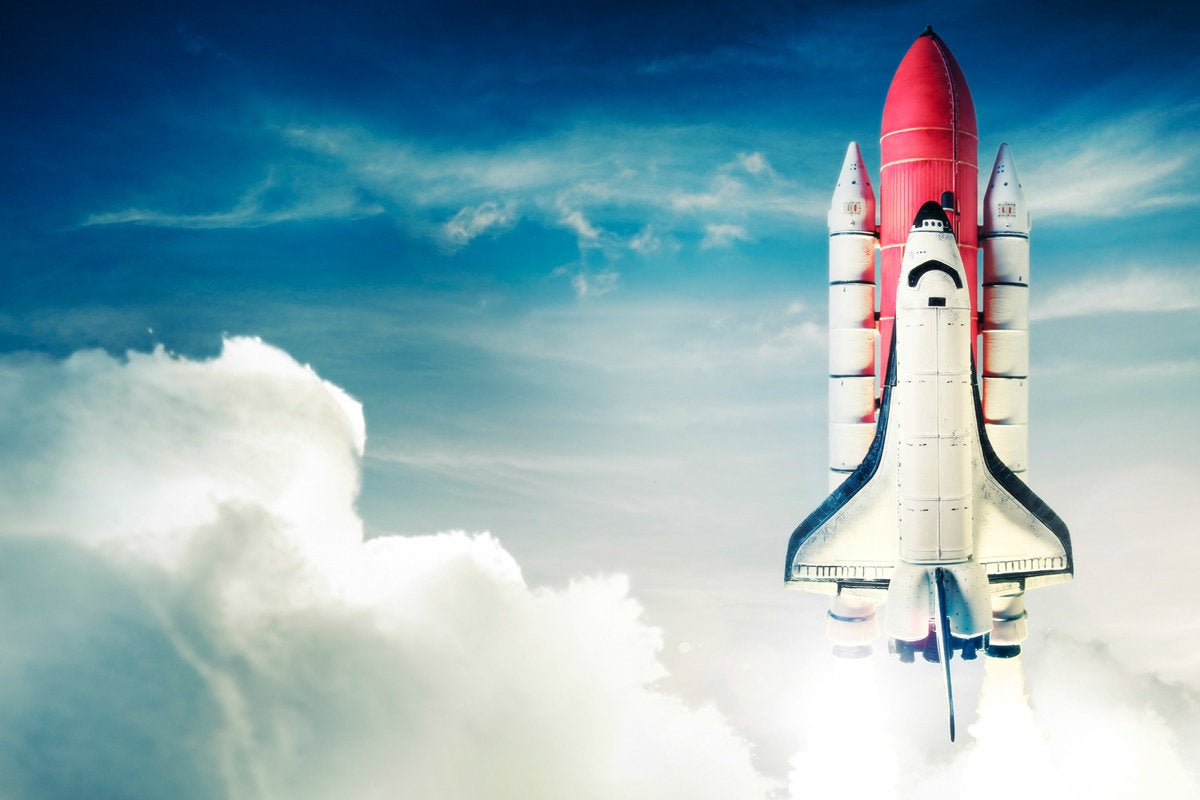 The enterprise tech startup sector is packed with companies capitalizing on growing demand — even amid the disruptions caused by the pandemic — for tools in the world of big data, devops, cloud, mobility, the internet of things and cybersecurity.

According to Gartner, global IT spending is expected to grow by 6.2% this year, with total spending  projected to hit $3.9 trillion. The unprecedented acceleration of digital transformation in 2020 to satisfy the move to remote work, changes to education and new social norms presented by lockdowns has largely offset the early hit to IT spending caused by the COVID-19 outbreak.

(A report by Crunchbase showed that global venture funding in the first half of 2020 was down about 6% compared to 2019, totalling $130 billion — the lowest figure recorded since 2017.)

Despite a rocky year, funding hotspots emerged from during the pandemic, with Massachusetts in the US, India, Indonesia, Israel, Australia and New Zealand, France, Belgium, and Brazil all reporting above average levels of funding.

“COVID-19 has shifted many industries’ techquilibrium,” said John-David Lovelock, distinguished research vice president at Gartner. “Greater levels of digitalization of internal processes, supply chain, customer and partner interactions, and service delivery is coming in 2021, enabling IT to transition from supporting the business to being the business. The biggest change this year will be how IT is financed, not necessarily how much IT is financed.”

In this list, we highlight some of the hottest startups building software and services aimed at large enterprise customers, who their customers are, their funding so far and how close they might be to initial public offerings (IPOs) or acquisition in 2021.

Amid the COVID-19 outbreak, Cockroach Labs saw its revenue more than double in 2020, thanks in part to wide-spread cloud adoption. The startup expects to see similar levels of growth this year and claims to be on track to double its workforce from 200 to 400 employees by the end of 2021.

Funding: Cockroach Labs raised $160 million Series E funding on Jan. 12, 2021. The round comes just eight months after the startup brought in $86.6 million Series D funding and leaves the company valued at about $2 billion.

There are a lot of factors that make Cohesity a ‘hot’ enterprise startup: unique technology, a founder on his second act after co-founding the now public software company Nutanix and $250 million in funding from SoftBank’s Vision Fund.

The startup was originally pitched as a cheaper way for enterprises to store what it calls “secondary data” — backups, files, test/dev and analytics data — all monitored using a single cloud platform. It has since expanded into other areas of enterprise data management, including analytics, security and rapid recovery.

Funding: In April 2020, Cohesity raised $250 million in Series E funding, bringing its total funding to $660 million. This put the company value at $2.5 billion.

Founded by the creators of open-source Apache Kafka, Confluent is a commercial version of the software that helps developers manage system and application messaging at high volume and add real-time streaming data to their apps.

Kafka has proved popular with companies like LinkedIn, which uses the technology for activity stream data and operational metrics; Netflix for real-time monitoring and its event-processing pipeline; and Spotify, where it’s used as part of the company’s log delivery system.

The idea behind Confluent is to make it easier for companies that don’t have a surfeit of developer power to harness Kafka.

Funding: The company announced a $250 million Series E funding round led by Coatue Management in April 2020, with participation from Altimeter Capital, Franklin Templeton, and existing investors Index Ventures and Sequoia Capital. This brought total funding in the company to $456 million and a valuation of $4.5 billion.

Front was founded by French nationals Mathilde Collin, who is now CEO, and Laurent Perrin – who is CTO – after coming through the famed Silicon Valley startup accelerator Y Combinator. Front evokes the sort of evangelism often reserved for consumer apps instead of enterprise software, drawing the inevitable comparisons to Slack.

The original Front app is for any team that shares an email inbox. It is particularly handy for customer support, sales, and even PR teams. It allows emails to be assigned to team members and for teams to collaborate in a shared space, increasing response speeds.

Now, the company is looking to transform the email experience for all office workers after receiving a serious cash injection.

Swedish software-as-a-service (SaaS) startup Funnel specializes in combining and tidying marketing and advertising data for clients, regardless of where it resides, to get better insights into customers.

The software is priced on a tiered basis depending on monthly ad spending, starting at $499 a month. Reference customers include Skyscanner, Samsung, and Ubisoft.

“Visualization is done well in existing business intelligence tools once the data is properly prepared,” Funnel co-founder and CEO Fredrik Skantze told TechCrunch. “Automating the collection and preparation of the data has proven to be a very hard thing to do right and we wanted to make sure we were the best at this, which we now confidently can say we are as we hear that again and again from customers.”

Funding: Funnel secured a $47 million Series B funding round in January 2020, led by Eight Roads Ventures and F-Prime Capital, with participation from existing investors Balderton Capital, Oxx, Zobito, Industrifonden, and Kreos Capital. It is planning to expand into the US.

GitLab is an open-source Git-repository manager built by Dmitriy Zaporozhets and Valery Sizov. Not to be confused with developer code repository GitHub, this Bay Area startup has had a big couple of years as enterprises and investors have taken a keen interest in devops.

The company has evolved from being just a git repository to helping developers track, manage, and collaborate on code with built in CI/CD functionality.

Funding: GitLab closed $268 million funding round in September 2019 led by existing investors Goldman Sachs and Iconiq Capital. As of January 2021, the company is valued at $6 billion.

Founded in 2016 and headquartered in Bristol, it produced the world’s first graph tool chain (in 2016) designed for machine intelligence called Poplar Software Stack. In 2017, the startup added the Colossus GC2 chip to it product library and in July 2020, it unveiled hardware using a second-gen processor called GC200. GC200 is a 59-billion transistor, 823-square-millimeter integrated circuit with 1472 computational cores and 900MB of local memory.

Funding: Graphcore raised a massive Series E funding round in December 2020 of $222 million, led by the Ontario Teachers’ Pension Plan Board with participation from funds managed by Fidelity International and Schroders, along with existing investors Baillie Gifford and Draper Esprit. The firm has now raised more than $700 million.

London-based virtual events startup Hopin had a better 2020 than most. Founded in June 2019, Hopin wants to “reimagine virtual events from the ground up and make them so good that they become no longer a sideline option but a mainstream destination.” Investors and customers alike clearly believe Hopin has achieved its aim, with the company raising the fourth-largest European Series B round of 2020.

The pandemic undoubtedly had a hand in Hopin’s success in 2020; as of November, it was claiming 3.5 million users at more than 50,000 organizations, including the United Nations, NATO, the Atlantic, UCLA, and Miro. Hopin’s workforce has also experienced high levels of growth over the past 10 months, starting 2020 with a team of 23 people and ending the year with 215.

Funding: Hopin raised a $125 million Series B round, for a $2.1 billion valuation. Launched just eight months ago, it has now raised $170 million in total — making it one of the fastest-growing startups in Europe. Hopin counts Slack, Salesforce, and Northzone amongst its investors.

Combining some favorite buzzwords for investors — security and open source — Snyk has skyrocketed to a $1 billion valuation since it was founded in London in 2015.

Funding: Snyk raised a $200 million investment round in September, led by investment firm Addition. That followed a January 2020 fundraise of $150 million, putting total funding at $450 million and a private valuation of $2.6 billion.

Cybersecurity specialist Tanium was founded in 2007 by father-and-son duo David and Orion Hindawi who went on to sell their first business, BigFix, to IBM in 2010. It was at BigFix the pair developed a way to map and manage complex networks; with Tanium, they focused on securing large enterprise networks of connected devices.

Instead of firewalls and pre-packaged security software, Tanium takes a network-first approach, mapping an organization’s network endpoints — any internet-enabled piece of hardware on a company network — and then monitoring for breaches at device level.

Funding: Tanium shelved any IPO plans after a $200 million fundraising in October 2018. It went on to raise more funding in the subsequent years, totaling more than $1 billion to date, including investments from Salesforce Ventures and VC firm Andreessen Horowitz, with Ben Horowitz, the latter’s co-founder, sitting on the Tanium board.

The platform analyzes millions of data points across an organization’s email network to detect patterns of behavior and mis-addressed emails. If the machine-learning algorithm spots an unusual email address or detects potentially sensitive information in the content, it will prompt the sender to double-check before sending.

Organizations including Schroders, Man Group, Dentons, and more than 70 British law firms use the platform to protect their email networks.

Funding: Tessian raised $42 million in a Series B funding round led by Sequoia in February 2019, with involvement from previous investors Balderton Capital and Accel. The money is being earmarked for global expansion, particularly into the US. The company has now raised $60 million.

Founded in 2015, TripActions wants to be the Expedia or Kayak of corporate travel, offering a consumer-grade platform for employees to search and book travel, while allowing managers to set granular thresholds for travel class or hotel type. It also offers employees Amazon gift cards when they save the company money on travel by booking a cheaper hotel.

Funding: On Jan. 21, the Silicon Valley-based startup raised $155 million in Series E funding, leading to a valuation of $5 billion. 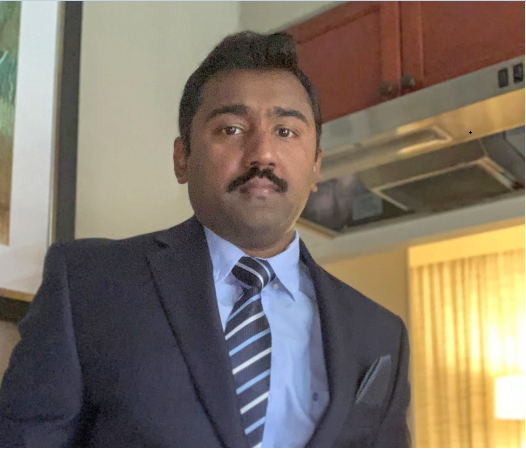 Cartoon: Shakin' It Up at the Office