Home Business Zynga’s acquisitions push it to record bookings of $628 million for Q3... 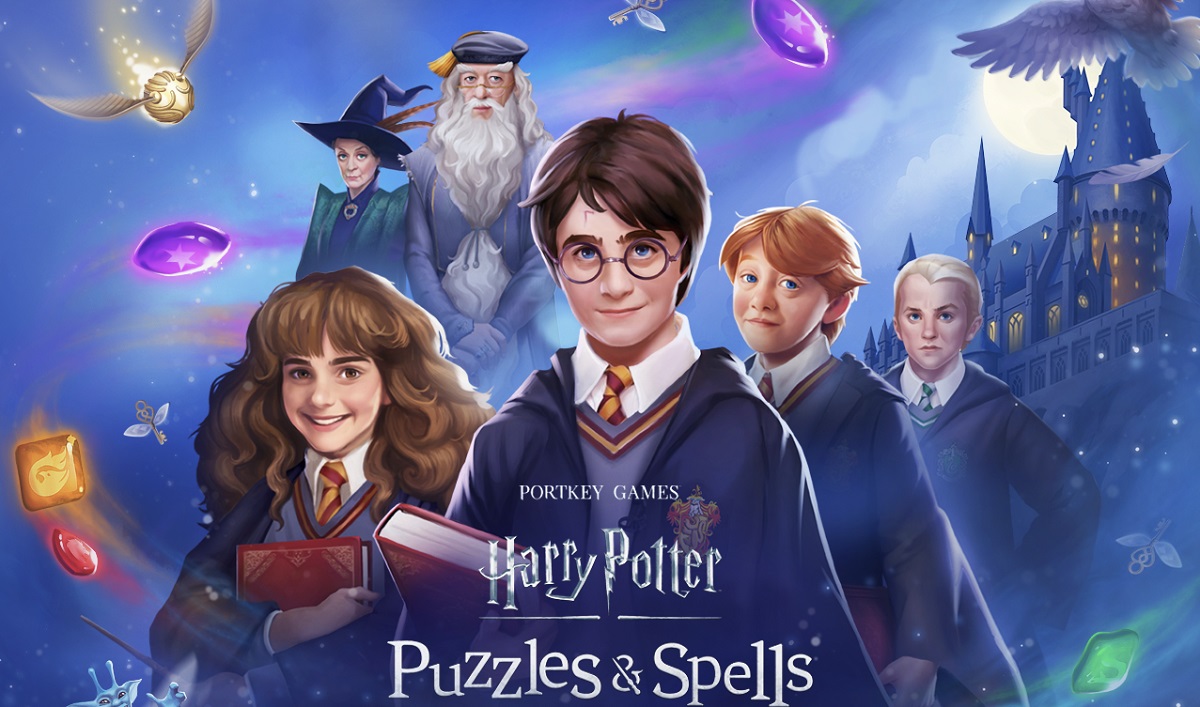 Zynga reported revenue and bookings today that beat expectations for its third quarter that ended September 30, as pandemic gaming held up and revenue from acquisitions rolled in.

The San Francisco-based social gaming company reported bookings of $628 million, up 59% from the same quarter a year ago. Revenues (which do not include deferred revenues where users spend the virtual currency they purchase until later) were $503 million, up 46%.

The company grew like other game and media publishers because people are playing more in the pandemic, but Zynga was also able to integrate revenues from its $1.8 billilion acquisition of Turkey’s Peak Games as well as ongoing revenue from its Small Giant Games and Gram Games deals.

During the quarter, Zynga also completed buying 80% of hypercasual mobile game maker Rollic for $168 million. But Rollic’s results are not yet integrated into the numbers.

Some of the pandemic’s gains dampened during the quarter, but the level of game-playing remains quite above last year’s levels, said CEO Frank Gibeau in an interview with GamesBeat.

“It was a very strong quarter, with our highest-ever quarterly revenue and bookings in our company’s history, really strong operating cash flow, and that has put us in a position where we’re going to be able to raise the full-year 2020 guidance,” said Gibeau. “We had a great result from the live services businesses and with Harry Potter: Puzzles & Spells launching [September 23]. It’s got very strong momentum.”

Adjusted EBITDA (earnings before interest, taxes, depreciation, and amortization) is more closely watched as a measure of the company’s profitability. Adjusted EBITDA was $38 million, better than guidance thanks to lower-than-expected changes in deferred revenue and stronger overall performance and offset by bonus payments Zynga paid to acquired companies.

Analysts had expected Zynga to report bookings of $626.4 million in the quarter. Zynga beat that, and it also beat the analysts’ profit targets, after adjustments (adjusted EBITDA excluding the impact of deferred revenue), of $133.4 million. The comparable profit target number that Zynga hit for adjusted profits was $162.4 million.

Above: Frank Gibeau is CEO of Zynga.

The pandemic has been a tragedy in lost lives and economic hardships, but gaming is one of the few industries that appears to be emerging stronger than before the coronavirus hit. People are still playing more, but perhaps not as much as during the peak in Q2.

“The engagement metrics and monetization metrics are also strong,” Gibeau said. “We’re seeing people playing mobile games, socializing, connecting with others, as they deal with this crazy world. It’s not as high as it was at the peak of COVID-19. Some of the dynamics have normalized, but we’ve seen elevated levels on engagement.”

In the third quarter, Zynga officially reported a GAAP net loss of $122 million, compared to a profit of $230 million a year earlier. (This number is based on accounting requirements but does not capture Zynga’s full business). The loss was higher than the same quarter a year ago because Zynga had higher taxes and higher profit-based payments to the companies it acquired.

Above: Zynga is buying Rollic.

Gibeau said that the 2018 acquisitions of Small Giant Games (maker of Empires & Puzzles) and Gram Games (maker of Merge Dragons and Merge Magic) continued to pay off, and the addition of Peak Games brought an estimated 26 million new monthly users to Zynga.

Meanwhile, Zynga closed the acquisition of Turkey’s Rollic, a hypercasual mobile game company whose titles have 250 million downloads. The deal is the fourth one that Zynga has done in Istanbul, and it added 40 people. Hypercasual games, which can be played in a minute and are monetized by ads, have become one of the biggest categories in mobile.

Gibeau said that the company is working on solutions for Apple’s decision to retire the Identifier for Advertisers (IDFA), which will make it harder to create targeted ads in the name of user privacy and could harm the hypercasual segment.

“We’re in conversations with Apple and the industry to see how that’s going to unfold,” Gibeau said. “We were pretty confident that it’s a shift that we’ll be able to manage. If you look at what’s happening, overall, what you’re hearing from platforms and players, is that privacy is an important attribute of your life on the internet. And as things like GDPR, and the rules in California have rolled out, we have incorporated them, and we follow all the rules and regulations that are set by all the platforms and government bodies.”

He said the IDFA changes, which are going into effect early in 2021, haven’t had a negative impact on Zynga. Gibeau believes there will still be ways to acquire users in effective ways, ways to get the word out about new games, and ways to run ad networks.

“For the companies that are going to have changes to their tools, it’s a lot more problematic [for them] than it is for us,” Gibeau said. “We have a tremendous number of users on a monthly basis, especially now with Rollic, and we have a lot of information about how they play our games.”

He said those players can opt into ads for other Zynga games, and that helps the company maintain its good results for user acquisition.

Zynga ended the quarter with 2,144 employees, compared to 1,981 employees in the previous quarter. The company continues to hire people, even though that isn’t easy in the pandemic. Gibeau expects to be above 2,200 people by the end of the fourth quarter.

How the market reacts

Above: Zynga’s biggest games are its “forever franchises.”

The stock market reaction to Zynga’s results is usually driven by whether it hits revenue or earnings targets. But it’s complicated, because Zynga is required to report some revenue later than when it actually receives it (like when a user buys in-game currency but doesn’t use it until much later). This is called deferred revenue. But if you add the changes in deferred revenue and current revenue, you get a better picture of the actual quarter’s results in a number dubbed bookings. Zynga’s management uses this number in how it guides expectations. And its investors view bookings as more important than revenues.

As a public company, Zynga is required to report quarterly results on a U.S. GAAP basis, while analysts and investors use non-GAAP financial metrics to assess a company’s underlying performance. Bookings and adjusted earnings before income tax, depreciation, and amortization (EBITDA), excluding the impact of deferred revenue, are among those metrics that are most highly scrutinized as they reflect the actual operating activity of the company better.

How well Zynga performs on EBITDA versus analyst expectations is another thing that determines whether the stock rises or falls after earnings.

Above: The Zynga+Peak game family.

Third quarter average mobile DAUs were 31 million, up 53% from a year ago. Monthly active users (MAUs) were 83 million, up 23% versus a year ago and up from 70 million in the previous quarter, thanks to the addition of Toy Blast and Toon Blast, which performed well in the quarter. Audience engagement, as measured by mobile average bookings per mobile DAU, was up 5% from a year ago.

Zynga’s “Forever Franchises,” social slots, and casual card portfolios saw new records as people played a lot more than usual. But the pandemic boost in the second quarter subsided some in the third quarter as people got back to work or school.

CSR2 (Zynga’s racing game) had a record Q3 thanks to events and brand partnerships. In Q4, Fast & Furious cars will return to CSR2 for an event series. Empires & Puzzles had a strong event-driven Q3. Social slots saw record revenue and bookings in Q3, driven by titles like Hit It Rich Slots. Words With Friends saw record revenue and bookings, and Zynga Poker was solid.

“We’ve got some really interesting prototyping going on around that game,” Gibeau said. “We really excited about the long term for the builder category, which was historically been a really important category for Zynga.” 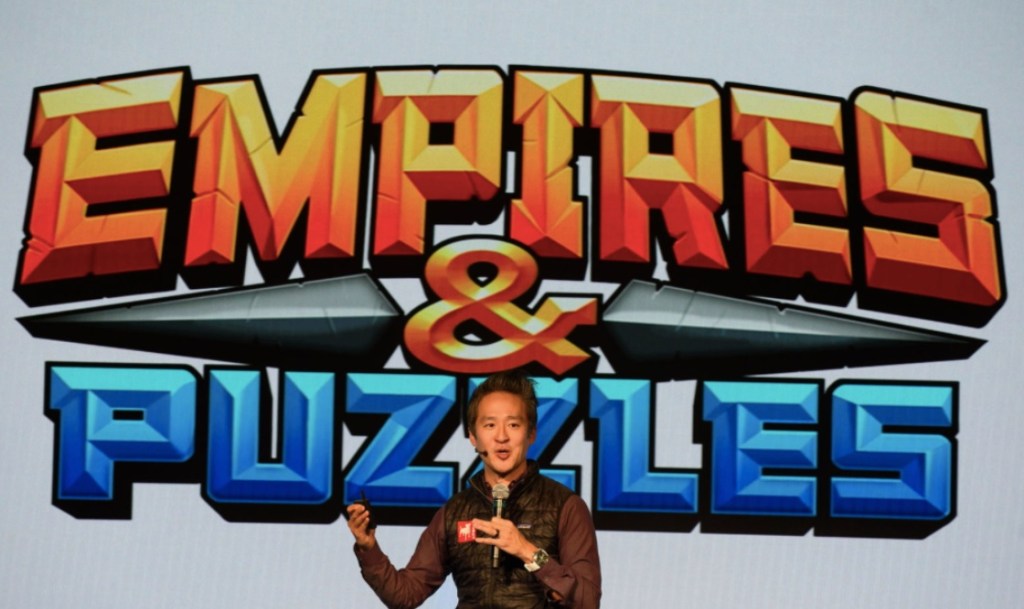 Above: Zynga’s president of publishing is Bernard Kim.

Overall, Zynga still has a good outlook for the year and it raised its estimates for the full year.

That means that Zynga’s expectations are slightly more optimistic on bookings and a tad shy on the profitability side.

“We’re very focused on being well positioned in the overall business,” Gibeau said. “I think interactive entertainment is on a tear. It’s amazing to me how much the industry continues to grow and innovate. With all the new hardware hitting and the holidays are going to be very digital, with retail closed down in so many places. I think the industry is going to be in good shape.”