The UK government unveiled its latest spending plans, which have had to be revised due to the breath-taking cost of shutting down the entire country.

The only answer the UK and many other countries have to the COVID-19 pandemic is to tell everyone to stay at home. The fact that this destroys jobs, impacts mental health and means other treatable illnesses are left to fester is beside the point. The only thing that matters is that some people who might have caught a cold don’t.

It was in that context that Chancellor of the Exchequer Rishi Sunak unveiled his spending review yesterday. With public borrowing at unprecedented levels and the economy not expected to recover for years, any spending not directly associated with keeping the country afloat has been deprioritised for the foreseeable future.

When the government decides to retreat from it promises it usually does so through a process of salami slicing. It still keeps the pledge, but makes it smaller. So, of the £5 billion that had been set aside for telecoms, only £1.2 billion of it will make an appearance in this parliament, and most of that is back-loaded.

One of Prime Minister Johnson’s signature pledges on telecoms had been to achieve full fibre coverage by 2025. The first time he said it, it was clearly rubbish and now he has the perfect excuse for his inevitable climb-down. Yesterday the government also released its National Infrastructure Strategy which, along with the inevitable greenwash, Addressed the above commitment.

“During the COVID-19 pandemic, operators have rightly focused on network resilience at a time of unprecedented need for good connectivity,” it said. “The government has also announced restrictions on the use of Huawei equipment. The government is working with industry to target a minimum of 85% gigabit capable coverage by 2025, but will seek to accelerate roll-out further to get as close to 100% as possible.”

So now it’s ‘85% gigabit capable’. Expect that number to come down as the sheer extent of the economic self-harm we’ve inflicted becomes clear. “This isn’t merely a subtle change in wording to the government’s pledge to provide gigabit-capable speeds to everyone by 2025, it’s a major blow to rural communities that are all too often at the back of the queue for decent broadband,” said Steve Leighton, CEO of rural broadband provider, Voneus.

“It’s a safe assumption that the 15 percent of the population who are no longer included in the Government’s pledge will be living in the most difficult to reach – or in other words, expensive to connect – locations… Instead of obsessing with gigabit-capable speeds for everyone, the government should look first at the areas that can’t even access speeds to support the basics, like banking online. Focusing on these homes would go a long way to closing the broadband gap and must be the government’s top telecoms priority instead of this procession of headline-grabbing pledges.”

Yeah, good luck with that Steve. It could be argued that the government has no business getting involved in the rollout of for-profit networks in the first place. But the political capital to be gained for hanging onto the coat tails of infrastructure companies is such low hanging fruit that politicians can never resist plucking it.

“Today’s announcement indicates to us that the government will be relying more heavily on private investment into the country’s full fibre infrastructure over the next few years,” said Graeme Oxby, CEO of London based full-fibre internet provider, Community Fibre. Irrespective of the government’s plans the private sector investment is already in place for London’s properties to be 100% full fibre enabled by 2025.

“However, the target is only achievable if London’s Landlords grant the necessary permissions needed to bring full fibre to their properties. Community Fibre already has the permissions it needs from seven of London’s top ten landlords and is happy to guide other landlords through the simple process of having their properties upgraded with 100% full fibre-optic broadband.”

Since the UK is not going to be in a position to invest in anything except survival for the next few years, it would be great to see it switch to other ways of helping the telecoms industry that don’t involve empty pledges of taxpayer subsidy. We won’t be holding our breath for that Damascene conversion, though.

China’s telcos ask to be relisted on NYSE – Telecoms.com

Resident Evil Village launches May 7 and is also coming to PS4, Xbox One 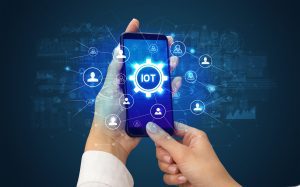 Streaming 101: 4 tips for getting started