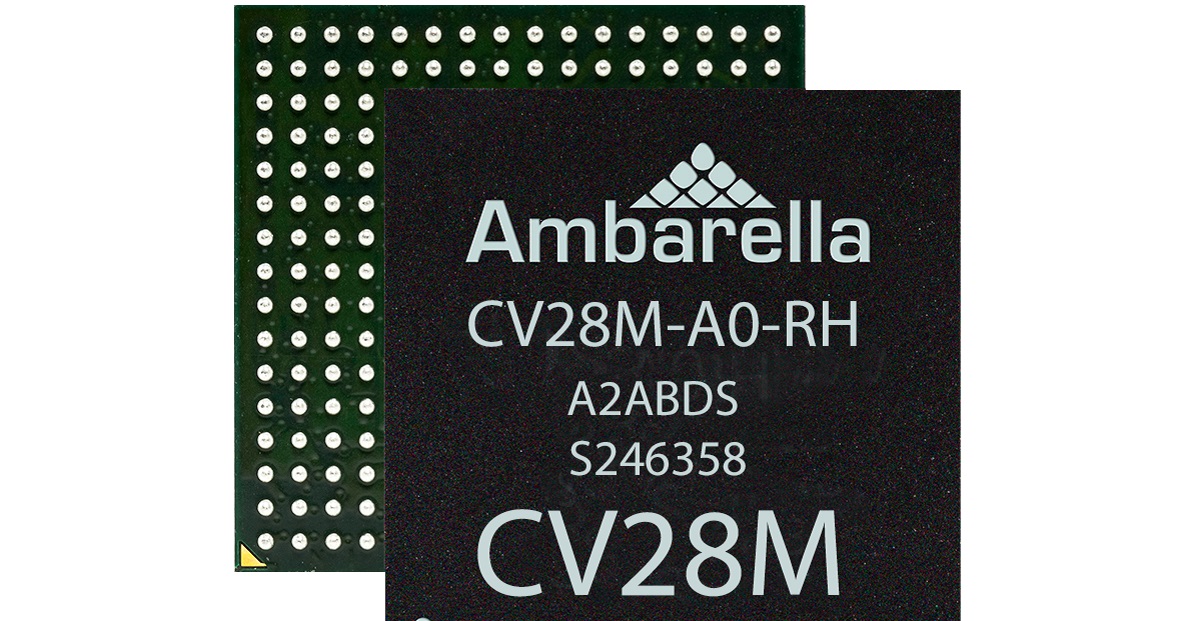 Chip designer Ambarella has announced a new computer vision chip for processing artificial intelligence at the edge of computer networks, like in smart cars and security cameras.

The new CV28M camera system on chip (SoC) is the latest in the company’s CVflow family. It combines advanced image processing, high-resolution video encoding, and computer vision processing in a single, low-power chip.

Ambarella packed a lot of AI processing power into the chip to anticipate the way computer networks will evolve as everything gets connected to the internet. Since networks could become inundated with data traffic, self-driving cars, for example, will have to do their processing at the edge of the network, or in the car itself, rather than interacting heavily with datacenter processors.

This means the sensors and image processors in edge devices will have to be very powerful, Ambarella VP Chris Day said in an interview with VentureBeat.

“We’re working on new markets, including IP security cameras, consumer home monitoring cameras, drones, automobiles, and autonomous vehicles,” Day said. “This [chip] is at the low end, and it enables us to do applications at different price points and features.”

Above: Ambarella’s sensor chips can detect things in images.

Day said possible applications for the CV28M include home security, retail monitoring, consumer robotics, and occupancy monitoring. As privacy laws tighten and people grow more concerned about their personal data, processing at the edge will become an even more attractive option.

Use cases that involve sensitive information include cameras that monitor the elderly and detect when a person has fallen down in their home. Nothing would be recorded until the sensors detect a fall, when the camera would turn on and ask the person if they are okay, Day said.

Some elderly-monitoring devices use radio to detect falls, but Day said it’s important to have video communication with the person to eliminate false positives.

“The privacy of the person you’re monitoring is not impacted,” Day said. “You can’t and you don’t want to be monitoring them 24 hours a day. But you do want to know when there is a problem.” 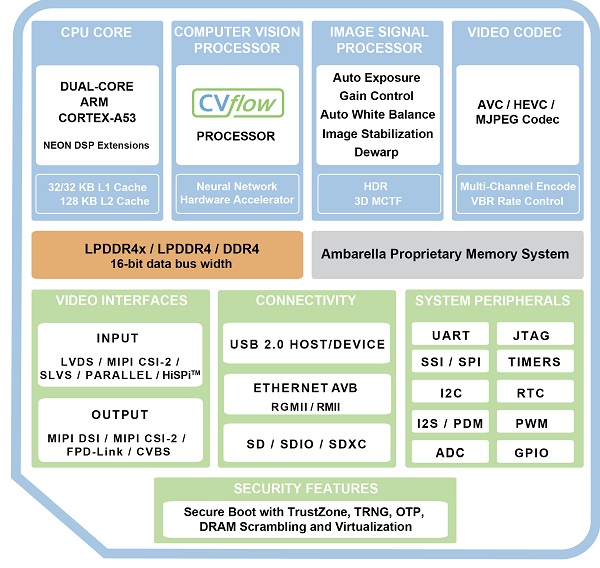 “AI Timelapse reduces the storage requirements and means you don’t have to record and watch a whole lot of video when nothing is happening,” Day said. “In retail monitoring, we can actually monitor shopper behavior, and see how many people are in the store and where people are congregating in a particular area. We can create heat maps based on that.”

In consumer robotics applications, the CV28M can be connected to visible structured light and time-of-flight (ToF) sensors to capture and process the data required for navigation. And with the pandemic, the cameras could be used to detect whether people are standing at least six feet apart, Day said.

The CV28M only consumes around 500 milliwatts of power, and it can do efficient video encoding in both AVC and HEVC formats. The chip is fabricated in 10-nanometer manufacturing and has a dual-core 1GHz ARM Cortex-A53 processor. It shares a common SDK and computer vision (CV) tools with Ambarella’s CV25, CV22, and CV2 CVflow SoC families.

The Santa Clara, California-based company, which went public in 2012, started out making low-power chips for video cameras. But it parlayed that capability into computer vision expertise and in 2018 launched its CVflow architecture to create low-power artificial intelligence chips. Now the company has 800 employees and is competing with the likes of Intel and Nvidia, though with a focus on low-power applications. Ambarella generated $220 million in revenue in 2019.

The CV28M chips are available in sample quantities now, but the company did not say when they would be in mass production. 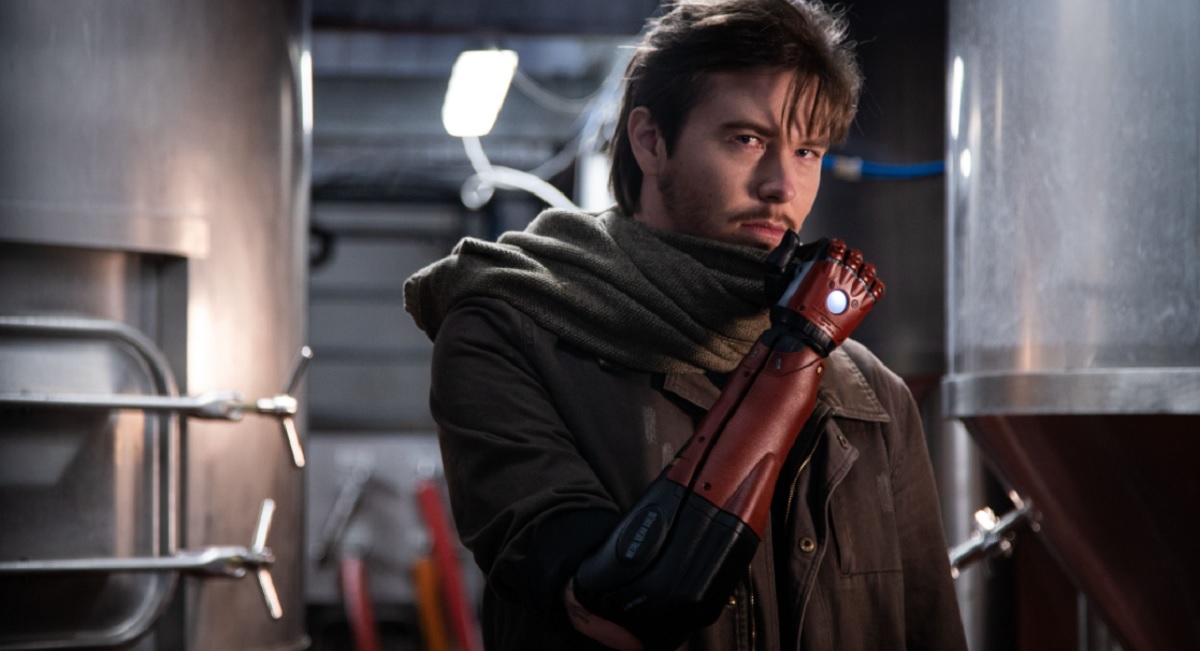 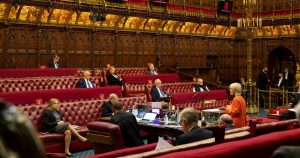 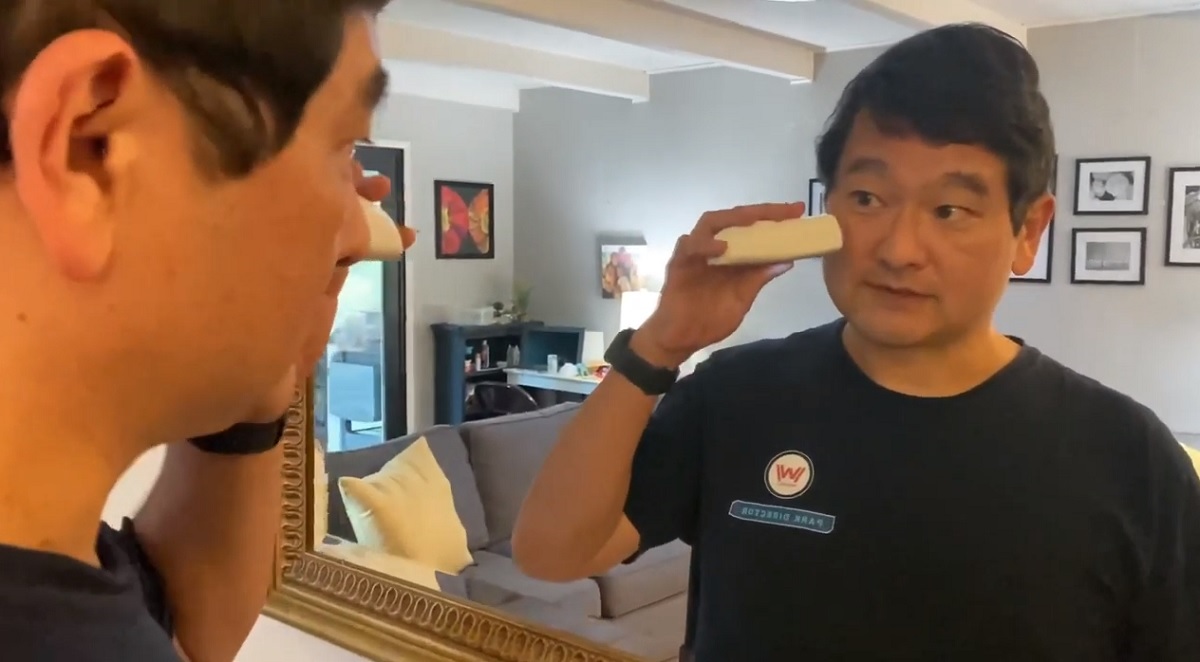 Researchers are using Facebook's location data to provide daily updates to US cities and...

Amid a pandemic and a racial reckoning, ‘D&D’ finds itself at an inflection point