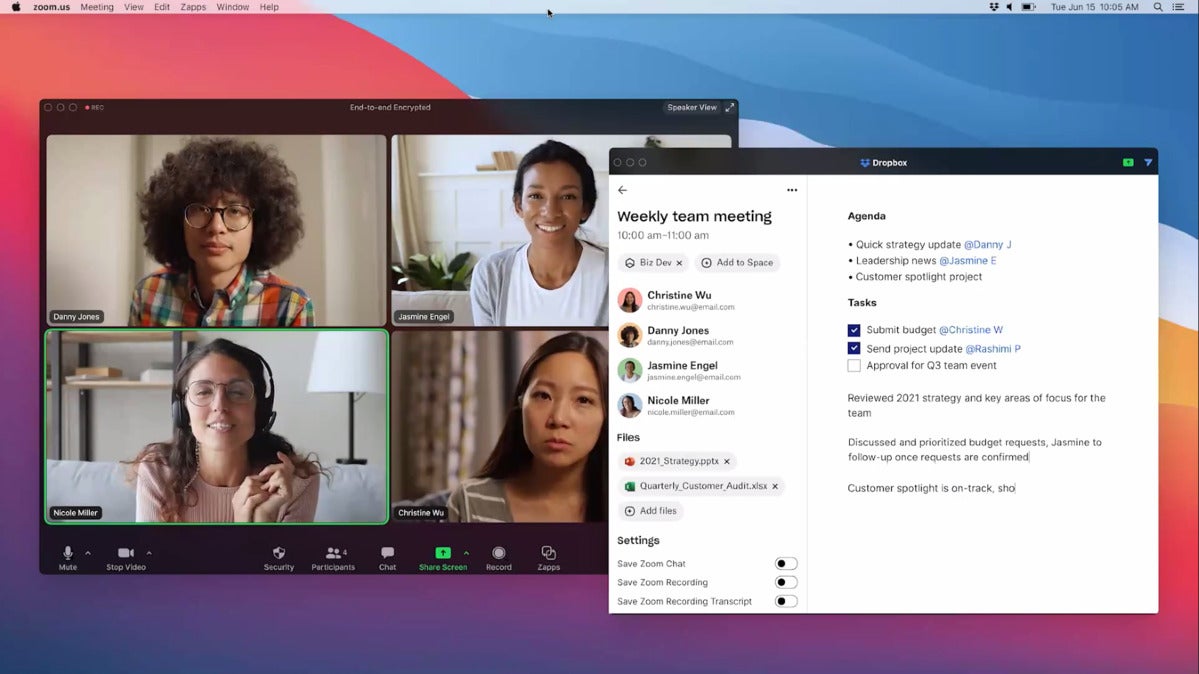 There’s no doubt that Zoom is one of the few tech winners of the pandemic. That company is now becoming what Apple’s FaceTime should have become: A platform for personal and enterprise collaboration.

So how and why did Apple drop the (video) ball?

I can still recall that when FaceTime was first introduced and we were told Apple planned to make a standard of the tech, which would have made it available across multiple platforms. Then-CEO Steve Jobs said:

This never happened, which means that no matter how many Animoji’s you throw at Apple’s video chat solution it’s still only of use to people who live on the Apple Island. And even now — years later — it lacks collaboration tools.

What a waste of a potential platform with hundreds of millions of users.

Zoom has seen massive adoption this year, and the company is displaying great agility as it pivots its business to meet people where they are. What are we using Zoom for? Meetings. And what do people do during meetings? They collaborate.

That’s why Zoom this week introduced its Zapps marketplace in which key partners can offer up integrations with the main Zoom stack.

There are 35 launch partners, including Box, Asana, Atlassian, Rev, Cameo, Dropbox, Trello, Salesforce, Slack, SurveyMoneky and Zen Desk. Each of these integrations is slightly different, but they should help make Zoom a more productive and collaborative space within which to get things done.

(Oh, and you can even choose amusing background images, thanks to the inclusion of Unsplash.)

What else do people do on Zoom? They hold events. The company is catering to this need, too, with the introduction of OnZoom, an events platform that lets hosts run events for up to 1,000 attendees.

The company also says it will make communication more secure by offering the option to use free end-to-end encryption beginning Oct. 19. The fact it didn’t already do so may be cause for pause to every entity that has used the tool without checking its security, and underlines that the weakest link in the brand is its security story.

That’s reason for cheer for all Zoom’s competitors, but the simplicity and user focus of the tool means it has tens of millions of users; the brand has become synonymous with meetings and collaboration during lockdown.

Contrast these efforts with Apple and FaceTime

If Apple had been able to build a cross-platform, cloud-based collaboration tool, it would easily have been able to open up that solution to its vast army of third-party developers who could, perhaps, have integrated apps into FaceTime, just as Zoom is doing with Zapps.

With Apple’s trusted position on security and privacy and its growing market share in enterprise IT, it would already have been in position to provide a powerful collaborative platform when the pandemic struck.

FaceTime may then have become a viable alternative to a market now dominated by Zoom, Microsoft Teams and WebEx.

This didn’t happen and of all of these brands, it’s Zoom that has become synonymous with communication during the pandemic. We don’t “Have a WebEx,” we “Have a Zoom.”

Despite its weak security story, Zoom’s brand identity and ease-of-use means it has a huge opportunity that it may unlock with these third-party integrations and events support.

It won’t be easy. There are many established players in this space. But with tens of millions of users, the company has the chance to wield the kind of pester power Apple’s iPhone once enjoyed when it sparked the BYOD trend. Indeed, with its feet in both collaboration and communication, Zoom arguably has enough reach to do something audacious: zPhone, anyone?

When it comes to video collaboration, Apple was at the platform early, but still managed to miss the train.

Bringing colocation closer to the edge: A guide to the new paradigm shift