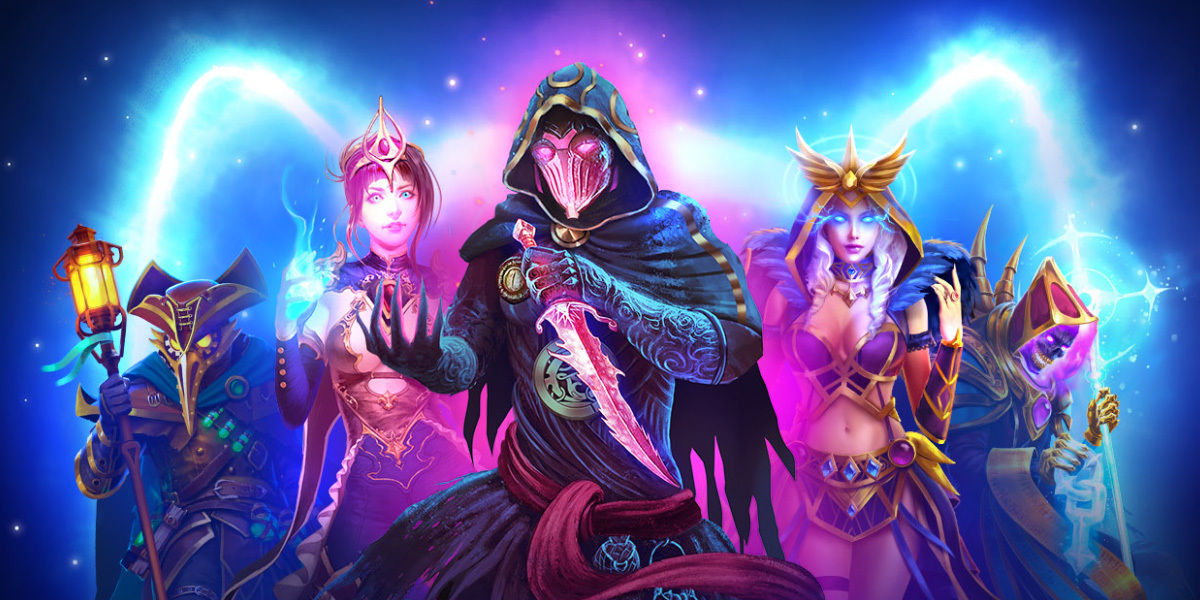 In the saturated social casino game market, it isn’t easy to battle the big brands. But that’s the challenge that Murka, a smaller player in Ukraine, has undertaken with some success. Through growth that accelerated this year, Murka has become a top 10 player with 5 million monthly active users.

While it still has a tiny share of the $6.2 billion social casino game market, Murka has grown 40% this year as users play more during the pandemic, partly because its slot machine games are more like role-playing games.

Over a decade, the Kyiv, Ukraine-based company has emerged from a small startup to more than 550 employees across five offices. It was acquired last year by mega investor Blackstone Group, a private equity firm. Blackstone also owns casino properties such as The Cosmopolitan in Las Vegas as well as Vungle, a performance marketing firm. Blackstone’s revenues last year were $7.3 billion.

“You can understand why it’s exploding right now,” Murka COO Barak David said in an interview with GamesBeat. “There was a pandemic effect. On the positive side, people were staying home and playing. They can play our games to relax a little.”

The company started in 2011, and it created social casino games such as Slots Journey, Slots Journey 2, TX Poker, S&H Casino, Vegas Slots, Royal Fortune Slots, Bubbla Cadabra, and Scatter Slots. The company doesn’t report its revenues, but its estimated social casino game revenue in the second quarter was $40.5 million, ranking it at No. 10 in the industry, according to analyst firm Eilers & Krejcik Gaming.

Above: Barak David is chief operating officer of Murka.

That’s far smaller than $503 million in estimated Q2 revenues for market leader Playtika, and Murka only has 2.1% of the market, the analyst firm said. During the past decade, other companies had a jump on Murka, and with more financial backing, they were able to grow faster and cement their positions in the years when Murka was a small fry.

But the rankings of the social casino market leaders do change. Murka is growing fast, with revenues up 44.6% from a year ago, thanks to a big increase in demand during the pandemic. In the year ended June 30, Murka had revenues of $127 million.

“It’s a mature market, and there are not a lot of new games,” David said. “The top ones tend to stay at the top. I still think there’s an opportunity if you create good games. We’ll diversify and move into new markets as a gaming company. We will use our marketing and analytics and tech to grow.”

The chance to grow is what drew David to take the job as Murka’s chief operating officer. He left a key role at market leader Playtika to join one of the industry’s smaller companies in Murka. And he works out of an office in Cyprus.

Above: Murka has been on a decade-long journey in social casino games.

“We know that we are big, but not big enough,” David said. “I believe we can jump at least five spaces in the upcoming years. It’s a high vision. I think we can become one of the strongest gaming companies in the world. This is the target that we put for ourselves and we want to be more and more familiar as a brand, especially now that we are part of the Blackstone family.”

The Blackstone acquisition was the “most meaningful milestone in the lifetime of the company,” David said. “We’re working on creating an international culture, and we’re growing new channels. We are trying to innovate and grow all the time.”

The company has an accelerator division that is creating new games, like a Solitaire title, a new slots game, and more games are coming this year. David views the accelerator as a kind of startup within Murka. And he said Murka tries to create fantasy worlds around its games to draw players into them.

“Murka has been enjoying strong growth this year and have turned things around in a positive way since being acquired by Blackstone. Obviously Q2 was a very strong period for almost everyone, but even so they were experiencing healthy growth in Q1 and outperformed the market in Q2,” Adam Krejcik, an analyst at Eilers & Krejcik, said in an email to GamesBeat. “We’ll have our Q3 report out in mid-October. The defining characteristics of Murka is a strong development team that creates some very good and innovative slot content. I believe their games visually are extremely high quality and they were among the first to really blend role-playing game elements into slots.”

One of the tricks will be increasingly automated bidding to place ads to get users. That involves machine learning and AI, which are skills that not every company has.

As for merger and acquisition opportunities, David said the company’s radar is up. David isn’t so interested in real-money gambling. He wants to focus on the social casino games market, and be more nimble than rivals in seizing opportunities.

Murka has seen success so far because its audience is 50% male and 50% female. And it hopes to move deeper into the casual game market to grab an even more diverse audience.

There are risks to the business. Social casino games are under increasing scrutiny, as some user advocates allege that the games are as addictive as real-money gambling, and people are spending more money than they can afford to lose on social casino games.

Above: Murka creates fantasies in its social casino games.

The whole mobile games market on iOS could also get hurt by a pending change in the market, as Apple has decided to hobble targeted advertising in the name of privacy. Apple is retiring the Identifier for Advertisers (IDFA), and a number of companies could see their ability to efficiently acquire new users get hurt, as the IDFA helps them target users with ad campaigns.

“Of course, it has affected our market and we are examining what will happen,” David said. “Like every company, we are trying to find our way in the dark.”

Murka worked with mobile marketing firm Liftoff to explore how to acquire users with non-personalized traffic, without using the IDFA for precise targeting. The result for the “limited ad tracking” method was good. Purchases increased 53% in a two-week period in a test for Scatter Slots. Revenue was 20% higher, return on ad spending was 3% higher, and costs dipped 6% compared to personalized traffic.

That means the IDFA may not be the end of the world for companies like Murka. David said that the company’s plan is to grow by launching multiple games in 2020. This year has been full of volatility, but David believes things will stabilize in 2021, with mobile gaming gaining ground on other forms of entertainment.

“It’s a difficult market, but we are trying to innovate and think about growth,” David said. “We think 2021 will be better and the market will continue to grow.”

QAnon and pro-Trump online forums are struggling and fracturing in aftermath of the U.S....