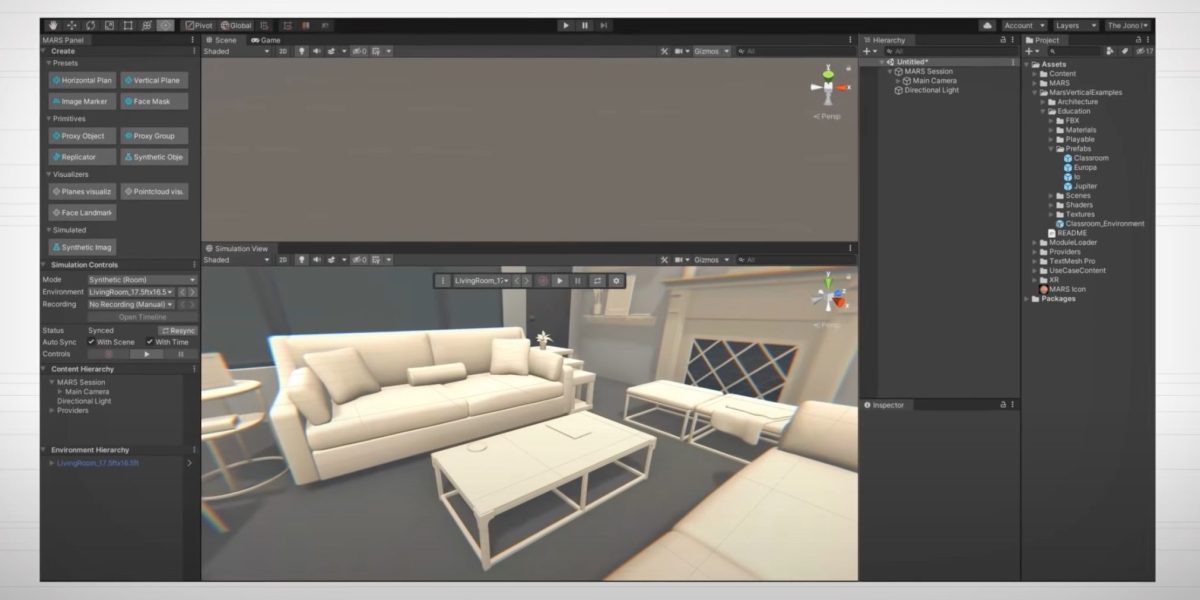 When the Khronos Group released OpenXR — a royalty-free standard designed to make cross-platform VR and AR app development easier, supporting multiple platforms — it was backed by many of the mixed reality industry’s biggest names, including Epic Games, Microsoft, Oculus, and Valve, to name just a few. Today, Unity confirmed that its eponymous 3D engine will start supporting some OpenXR platforms by the end of 2020, with a focus on “providing the best developer experience on Unity supported platforms.”

Though Unity publicly backed OpenXR in March 2019 and has actively contributed to the standard, it hadn’t committed to a timeline for actually bringing OpenXR support to the Unity engine, which is used by untold numbers of 3D apps and games, as well as automotive, film, and engineering firms. Mixed reality applications such as the Childish Gambino interactive music app Pharos AR have been built using Unity, but could only be displayed on devices formally supported by the company, a limitation that will disappear once OpenXR support is implemented. Leading PC VR headsets, HoloLens 2, and both Oculus platforms all support OpenXR, which is expected to be the backbone for most future AR and VR devices as well.

From a big-picture perspective, Unity’s promise of OpenXR support means that a significant number of developers will be able to bring previously created mixed reality content to whatever platforms prove popular and create new AR/VR apps with Unity that work across multiple devices. That said, implementation won’t necessarily be exactly the same from platform to platform, and Unity is warning that due to the “unbounded combinations” of possible hardware and software, it can’t test or guarantee optimal performance for every platform out there.

Unity is currently working to support partners’ OpenXR runtimes and expects to offer initial previews of the Unity engine’s OpenXR support on “some” partner platforms before year’s end. The next stage will be early in 2021, when Unity will offer preliminary OpenXR 1.0 specification-compliant support for non-partner OpenXR runtimes and devices, with plans to improve them based on reported issues, sharing test results and spec changes with the Khronos Group.

Use Google Drive to Add Questions and Comments to PDFs

What You Need on Your IoT Security Checklist

What are the Different Types of Pattern Recognition Algorithms?