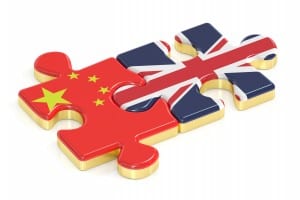 The Parliamentary Defence Committee has published a detailed report on UK 5G security, which takes a robust position over China.

The report is headlined ‘We must not surrender our national security for the sake of short-term technological development’, which leaves no doubt where the 11 committee members stand on the matter. Their investigation focused on the competing needs of UK security, UK operators and US diplomatic pressure.

The key paragraph is all the way down at number 131. “The Government has faced pressure to remove Huawei more quickly than by 2027. The evidence we have received would suggest that a quicker timescale could result in signal blackouts, delay the 5G rollout significantly and cost both operators and the economy greatly,” it says.

“For the time being we consider the plan for a removal by 2027 to be a sensible decision. Should pressure from allies for a speedier removal continue or should China’s threats and global position change so significantly to warrant it, the Government should, however, consider whether a removal by 2025 is feasible and economically viable. The Government should also be alert to the fact that other factors may warrant an earlier removal despite the risk of costs or delays.”

Leaving aside the slippery use of language that characterises US threats as ‘pressure’, the matter of Chinese threats is intriguing. “Pressure has been exerted by China on the UK Government to retain the presence of Huawei in its 5G infrastructure through both covert and overt threats,” says paragraph 109. “More recently, following the Government’s announcement for the long-term withdrawal of Huawei from its 5G network, China has threatened to withdraw from the UK’s economy, including in critical infrastructure such as nuclear.”

Since China is making it increasingly clear that it’s prepared to commandeer its own companies to pursue its political strategies, that threat should be taken very seriously. The following paragraph recommends that if China keeps this up, the UK government should consider removing Chinese companies from other parts of the national infrastructure too.

UK operators will presumably be reassured by paragraph 136. “The Government should consider providing compensation to operators, whether direct or indirect, whose networks are currently reliant on Huawei if the 2027 deadline is moved forward, in order to minimise costs to, and delays for, consumers. They should also consider legislation to give networks the right of access to sites.”

While the exact cost of being forced to swap out Huawei kit is up for debate, it seems reasonable to compensate operators for any capex that can be shown to have resulted from the Huawei ban. After all, we’ve been happy to chuck billions of pounds around in a futile bid to suppress a virus, what’s a few million more in the great scheme of things?

How to Create a Random Name and Group Picker

Twitter hack has profound national security implications as it's no longer unthinkable that someone...