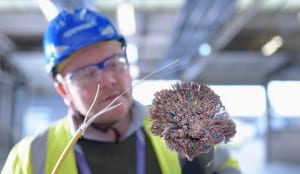 Radical policy changes are needed if the UK is to achieve nationwide FTTP coverage, according to a new report.

So concludes the Social Market Foundation (SMF), which warned this week in a report sponsored by TalkTalk that the current framework does not do enough to incentivise telcos to invest, and that it could also leave consumers paying higher prices.

The current government pledged during its 2019 election campaign to reach nationwide full fibre coverage by 2025. After the election that pledge was watered down to nationwide gigabit-capable broadband “as soon as possible”. When pressed about it this summer though, digital minister Matt Warman insisted his ambition is still to hit that original target. All the same, it must be nice to have a handy get-out if there is a bit of slippage.

Judging by SMF’s report, ‘a bit of slippage’ might be an understatement. “The 2025 target is extremely ambitious and the UK still has a mountain to climb to reach it,” said Scott Corfe, SMF research director, in a statement. “Getting there will require some radical changes, especially in how the public sector uses its huge buying power to support demand for broadband and offer the industry some certainty that funding new networks will pay off.”

Indeed, one of SMF’s recommendations is that the public sector – both at central and local level – commits to adopting fibre broadband services as a means of providing some certainty of demand, and demonstrating its benefits. This “reduces the rollout risk for infrastructure providers and therefore strengthens investment incentives,” SMF said.

Then there is the long-running issue of the cost of planning and civil works. According to the government, street works account for around 70 percent of fibre deployment costs. SMF said these can be brought down by appointing local digital champions to improve the efficiency of processes such as granting permission for street works, for instance. They could also coordinate with utility companies so that fibre can be laid when roads are already being dug up by electricity, gas and water providers.

SMF also recommends making sure new build estates have easy-access telecommunication ducts, and follow through with plans to require that gigabit connectivity comes as standard on new homes.

Meanwhile, SMF also reckons there is a risk that consumers could be left out of pocket by Ofcom’s plan to help the likes of Openreach cover the cost of FTTP investment.

“Consumer switching rates in the broadband market remain low, suggesting a high proportion of disengaged consumers. Such a market lends itself to poor consumer outcomes, where consumers are unlikely to switch provider even in the face of price rises,” SMF said.

In addition, SMF said altnets have raised concerns that BT is better placed than smaller rivals to absorb any wholesale price increases by Openreach without passing the cost onto end users.

“Ofcom should adopt a more dynamic approach to regulation, that proactively monitors the effectiveness of broadband competition in an area, and ensures that price controls are not eased prematurely,” SMF recommended. “Assessments of the strength of broadband competition in an area should also reflect the behaviour of consumers, including customer switching rates. If consumer engagement remains relatively low, as is the case at present, the easing of wholesale charge controls risks translating into higher prices and a loss of consumer welfare.”

Of course, multiple telcos are currently undertaking ambitious gigabit broadband deployments. Incumbent Openreach has a £12 billion plan to connect 20 million households to fibre. Virgin Media is in the midst of rolling out a gigabit-capable hybrid fibre coaxial (HFC) network to 15 million premises by the end of next year. Altnet CityFibre is building metropolitan wholesale FTTP networks that will one day reach 8 million premises. Full fibre start-up Zzoomm, which recently secured a

However, the rollout of gigabit broadband does not appear to be happening quickly enough to meet the government’s target. According to research carried out by Analysys Mason on behalf of BT recently, on the current deployment trajectory, full fibre coverage will reach 70 percent of homes and businesses by 2025.

Like SMF, BT wants to cut the cost of planning and civil works. Among other things, it is also after subsidies to help industry recruit enough engineers to actually carry out the work. With both BT and an independent think-tank now warning that the fibre target is danger of being missed, pressure is mounting for the government to act.

“The surge in Internet usage that began in lockdown has been maintained right up until now. Driven by video, online shopping and continued home working, we don’t expect it to fall away,” said TalkTalk CEO Tristia Harrison, in a statement. “We welcome the government’s ambition for gigabit connectivity for everyone by 2025, but this is in serious danger of being missed without swift action.”

How to Create an Online Game of Connect Four