Home Business The RetroBeat: Crash Bandicoot 4 lets you play without game overs, and... 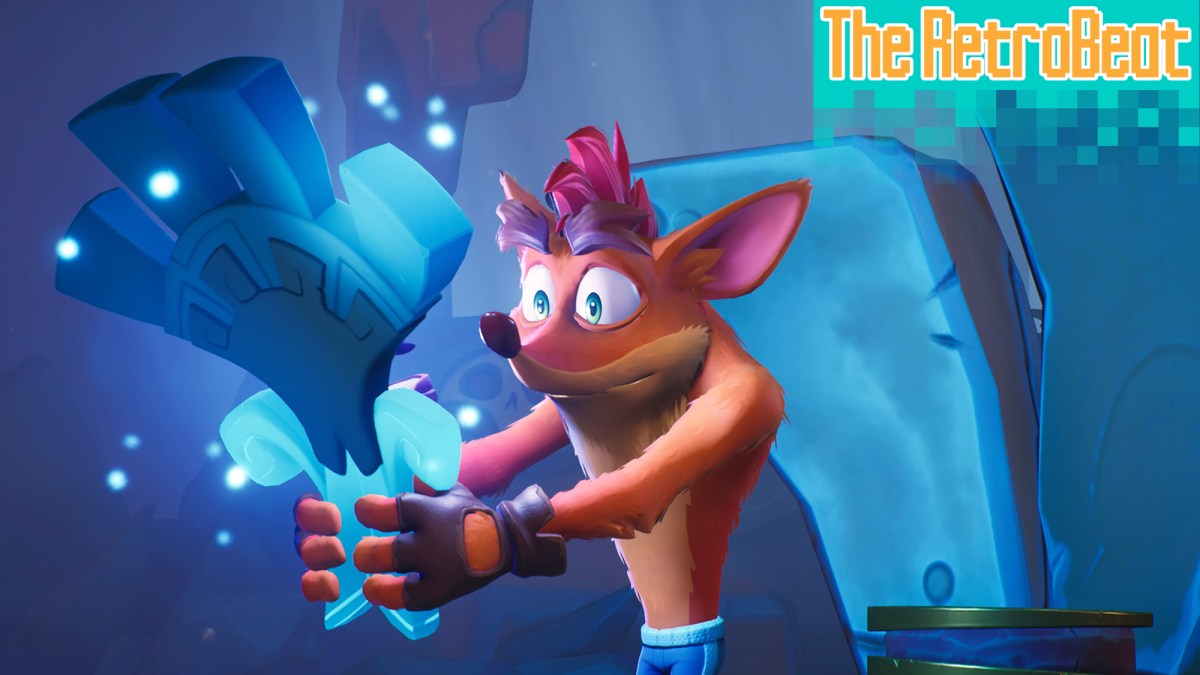 If you’ve read my review for Crash Bandicoot 4: It’s About Time, you know that I love this new 3D platformer from Toys for Bob. That’s thanks in large part to the game’s challenge, which tested my skills while rarely feeling unfair.

I may have felt differently if I had played on Retro mode. You see, before you start Crash Bandicoot 4, the game asks you how you would like to play. You can choose Retro mode, which plays like the Crash games of old. You start with a few lives. If you die and still have at least one life, you go back to the level’s last checkpoint. Die with no lives, and it’s game over. You have to start that stage from the beginning.

Modern mode, meanwhile, gets rid of lives and game overs completely. Instead, every death will just send you back to the last checkpoint.

Above: Crash 4 let’s you play without the threat of a game over.

Look, I love retro games. I mean, obviously. I usually roll my eyes when people say that a game has “aged badly.” I feel the same way that I do when someone tells me they can’t watch a black-and-white movie.

But even I have to admit that the concept of lives and game overs can feel a bit archaic. This was something I felt when playing through Super Mario Sunshine again during my time with Super Mario 3D All-Stars. I’d be having fun during some of the game’s tougher sections, suffering a few deaths while navigating my way through those difficult, platforming-focused sections. Then I’d run out of lives and, for no reason, get kicked back to the hub world and have to waste time running back to where I was.

Most games have moved away from extra lives. Even Nintendo has ditched the concept with Super Mario Odyssey, which instead just docks you coins for each death. It can be a hard concept to design your game around. Dying represents some kind of failure on the player’s part. It should come with some kind of punishment. But that punishment can turn a fun experience into a tedious one if it means that you have to keep playing through content you’ve already mastered just to get back to that one tricky part.

That’s why I immediately picked Crash Bandicoot 4’s Modern mode. And I’m glad I did. I ran into multiple sections that took me at least a dozen tries to get through. I don’t mind that. I like coming across occasional moments that are extra-difficult, especially toward the end of a game. But my fun could have quickly turned into rage if I had to start each level back from the beginning after every few deaths. 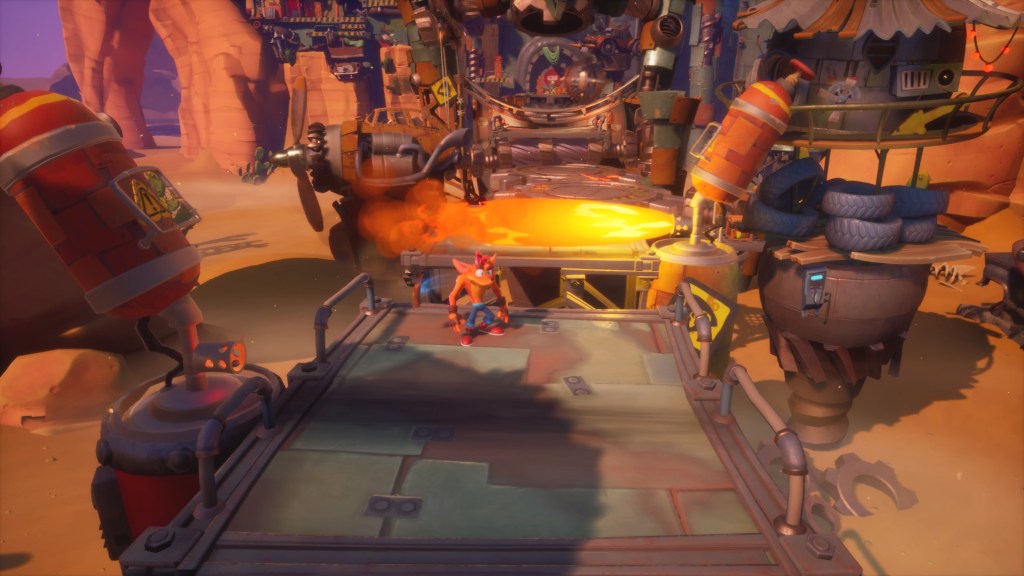 Above: This level has some big Fury Road vibes.

I admit that playing on Modern mode has one downside: I played sloppier. Since I knew that a mistake would only send me back so far, I wasn’t as cautious as I would have been if I was worrying about a game over.

And, hey, if that really bothers you, you can play on Retro mode. What I appreciate, though, is that Crash 4 doesn’t treat these options like an Easy or Normal option. They are just two different experiences tailored to different tastes. And the game makes it clear that you aren’t punished for playing on Modern mode. You still experience the same story and can unlock the same cosmetics, trophies, and achievements as someone playing on Retro mode.

That’s why I recommend you just play Crash 4 on Modern mode. It’s just more convenient. It’s still a challenging experience, but Modern mode lets you spend more time practicing against those hardest moments while forgoing the frustration of wasted time.