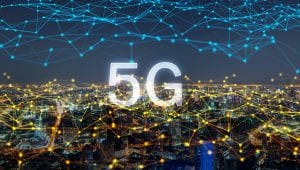 Never one to pass up an opportunity to make its rivals look bad, T-Mobile US is extending its fixed-wireless access (FWA) service to areas left in the lurch by AT&T’s DSL phase-out.

“We can’t stand idly by while AT&T leaves potentially millions with fewer home Internet options at a time when our connection to the Internet is so vital – for work, remote school, connection with family and friends. That’s why we’re undertaking this massive expansion,” said T-Mobile US CEO Mike Sievert, in a statement.

What started off as an invite-only pilot scheme is being scaled up by T-Mobile into a fully-fledged commercial service available to 20 million households spread across 450 cities and towns. Called ‘Home Internet’, which is remarkably unimaginative by T-Mobile standards, it costs $50 per month on a rolling monthly contract.

AT&T set up an easy PR win for its outspoken rival when it confirmed that at the beginning of October it stopped offering new DSL subscriptions. It is part of a plan to phase out legacy services in favour of fibre.

That would be fine except that AT&T’s FTTP technology is available to less than a third of households in its fixed network footprint. This is according to a report by the Communications Workers of America (CWA) union and the National Digital Inclusion Alliance. They also point out that only 5 percent of rural counties covered by AT&T’s fixed network have access to fibre. It means they are reliant on DSL for in-home broadband, which of course is now earmarked for closure.

“AT&T’s failure to upgrade and maintain its broadband infrastructure equitably has left millions of urban and rural households without access to true high-speed Internet,” said the CWA report. “Even where that access is available from another provider – typically a cable provider – consumers are deprived of the benefits of competition in price, choice, and service quality.”

T-Mobile’s LTE-based FWA service was launched in March 2019 as a small scale pilot service for existing customers in areas where it felt confident it could offer unlimited data and speeds of around 50 Mbps without its network falling over.

T-Mobile’s merger with Sprint brought with it more mobile spectrum, and in July it extended FWA to non-T-Mobile customers in Grand Rapids, Michigan. Now T-Mobile considers Home Internet is ready for the big leagues.

“The carriers and the cableopoly have consistently over-promised and under-delivered when it comes to broadband access,” Sievert said. “Thanks to our merger with Sprint, we can end this and give millions in underserved communities more choices and competition for high-speed home broadband.”

The autistic bliss of Zoom