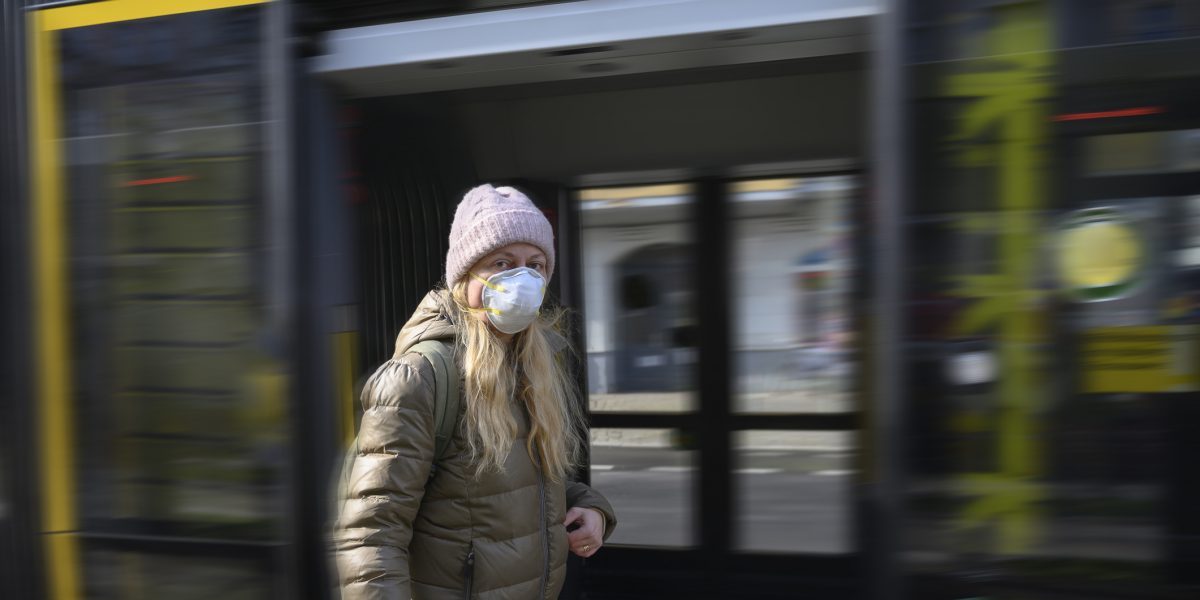 Planning for a post-COVID-19 future and creating a robust enterprise strategy require both strategic scenario planning and the ability to recognize what scenario planners call “news from the future” — data points that tell you whether the world is trending in the direction of one or another of your imagined scenarios. As with any scatter plot, data points are all over the map, but when you gather enough of them, you can start to see the trend line emerge.

Because there are often many factors pushing or pulling in different directions, it’s useful to think of trends as vectors — quantities that are described by both a magnitude and a direction, which may cancel, amplify, or redirect each other. New data points can also show whether vectors are accelerating or decelerating. As you see how trend vectors affect each other, or that new ones need to be added, you can continually update your scenarios.

Sometimes a trend itself is obvious. Twitter, Facebook, Google, and Microsoft each announced a commitment to new work-from-home policies even after the pandemic. But how widespread will this be? To see if other companies are following in their footsteps, look for job listings from companies in your industry that target new metro areas or ignore location entirely. Drops in the price or occupancy rate of commercial real estate, and how that spills over into residential real estate, might add or subtract from the vector.

Think through possible follow-on effects to whatever trend you’re watching. What are the second-order consequences of a broader embrace of the work-from-home experience? Your scenarios might include the possible emptying out of dense cities that are dependent on public transportation and movement from megacities to suburbs or to smaller cities. Depending on who your workers and your customers are, these changes could have an enormous impact on your business.

What are some vectors you might want to watch? And what are examples of news from the future along those trend lines?

The progress of the pandemic itself. Are cases and deaths increasing or declining? If you’re in the U.S., Covid Act Now is a great site for tracking the pandemic. This suggests that pandemic response won’t be a “one and done” strategy, but more like what Tomas Pueyo described in his essay “The Hammer and the Dance,” in which countries drop the hammer to reduce cases, reopen their economies, see recurrences, and drop the hammer again, with the response increasingly fine-grained and local as better data becomes available. As states and countries reopen, there is a lot of new data that will shape all of our estimates of the future, albeit with new uncertainty about a possible resurgence (even if the results are positive).

Is there progress toward treatment or a vaccine? Several vaccine candidates are in trials, and new treatments seem to improve the prognosis for the disease. A vector pushing in the other direction is the discovery of previously missed symptoms or transmission factors. Another is the politicization of public health, which began with masks but may also extend to vaccine denial. We may be living with uncertainty for a long time to come; any strategy involving a “return to normal” needs to be held very loosely.

How do people respond if and when the pandemic abates? Whatever comes back is likely to be irretrievably changed. As Ben Evans said, sometimes the writing is on the wall, but we don’t read it. It was the end of the road for BlackBerry the moment the iPhone was introduced; it just took four years for the story to play out. Sometimes a seemingly unrelated shock accelerates a long overdue collapse. For example, ecommerce has been growing its share for years, but this may be the moment when the balance tips and much in-person retail never comes back. As Evans put it, a bunch of industries look like candidates to endure a decade of inevitability in a week’s time.

Will people continue to walk and ride bikes, bake bread at home, and grow their own vegetables? (This may vary from country to country. People in Europe still treasure their garden allotments 70 years after the end of World War II, but U.S. victory gardens were a passing thing.) Will businesses have the confidence to hire again? Will consumers have the confidence to spend again? What percentage of businesses that shut down will reopen? Are people being rehired and unemployment rates going down? The so-called Y-shaped recovery, in which upper-income jobs have recovered while lower-income jobs are still stagnant, has been so unprecedented that it hasn’t yet made Wikipedia’s list of recession shapes.

Are there meaningful policy innovations that are catching on? Researchers in Israel have proposed a model for business reopening in which people work four-day shifts followed by ten days off in lockdown. Their calculations suggest that this would lower transmissibility of the virus almost as well as full lockdown policies, but allow people in many more occupations to get back to work, and many more businesses to reopen. Might experiments like this lead to permanent changes in work or schooling schedules? What about other long-discussed changes like universal basic income or a shorter work week? How will governments pay for the cost of the crisis, and what will the economic consequences be? There are those, like Ray Dalio, who think that printing money to pay for the crisis actually solves a long-standing debt crisis that was about to crash down on us in any case. Others disagree.

Are business models sustainable under new conditions? Many businesses, such as airlines, hotels, on-demand transportation, and restaurants, are geared very tightly to full occupancy. If airlines have to run planes with half as many passengers, will flights ever be cheap enough to attract the level of passengers we had before the pandemic? Could “on demand” transportation go away forever? Uber and Lyft were already unprofitable because they were subsidizing low prices for passengers. Or might these companies be replaced as the model evolves, much as AOL yielded online leadership to Yahoo!, which lost it in turn to Google? (My bet is that algorithmic, on-demand business models are still in their infancy.)

These topics are all over the news. You can’t escape them, but you can form your own assessment of the deeper story behind them and its relevance to your strategy. Remember to think of the stories as clustering along lines with magnitude and direction. Do they start to show patterns? More importantly, find vectors specific to your business. These may call for deep changes to your strategy.

Also remember that contrarian investments can bring outsized returns. It may be that there are markets that you believe in, where you think you can make a positive difference for your customers despite their struggles, and go long. For O’Reilly, this has been true of many technologies where we placed early bets against what seemed overwhelming odds of success. Chasing what’s “hot” puts you in the midst of ferocious competition. Thinking deeply about who needs you and your products and how you can truly help your customers is the basis for a far more robust strategy.

Apple, Earthlink and the digital transformation of everything

Dave Grohl Comes to the Defense of Teachers