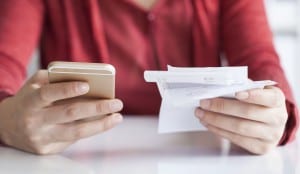 Ofcom’s move to tackle the questionable money-spinning opportunity inherent in the 070 virtual phone number system has had a positive impact on fraud, according to new data from BICS.

A year ago the UK regulator moved to cap the wholesale cost of calls to 070 numbers, primarily as a way of reducing bill shock for customers, but also with a view to tackling misuse and fraud. Its action has made a difference, reducing the number of fraudulent attacks using the UK 070 range by 75% between October 2019 and September 2020. That equates to 10 million fewer scam calls.

BICS did not share any data on the likely financial impact of the 070 price cap in a global market for telecoms fraud that costs operators €29 billion per year, according to a Europol report published 18 months ago. It’s likely that Ofcom’s move constitutes a drop in that sizeable ocean. But every drop makes a difference.

“Ofcom’s regulation is a brilliant step forwards, and will hopefully inspire other regulators to adopt similar rules,” said Katia Gonzalez, Head of Fraud Prevention at BICS, in a statement that also warned of the ongoing battle against fraud and gave BICS the opportunity to tout its own anti-fraud platform.

Ofcom itself hasn’t updated on the impact of the 070 price cap but it’s clear from the statement it published when it made its price cap ruling last October that its motivations were more about the cost to consumers. However, it also noted that the high cost of 070 call termination facilitated various types of scam.

If, like me, you’re only vaguely aware of 070 numbers, here’s how it all works:

Numbers with the 070 prefix are essentially virtual, personal phone numbers that allow the user to mask their own number and have calls forwarded to whatever number they choose in order to remain contactable; a business could choose an 070 number that forwards to the owner’s personal mobile, for example. They are often known as ‘follow me’ services. All perfectly legitimate and above board.

The problem with them, according to Ofcom, stemmed from service providers holding 070 numbers being able to charge high wholesale termination rates, which in turn led to consumers being charged high retail prices, prices that they likely wouldn’t expect, because they were unaware of 070 numbers and/or mistook the number for a UK mobile number, which would start with a 07.

That’s the bill shock angle. In addition, the high wholesale termination rates also provide opportunities for various types of scam usually involving tricking a customer into calling such a number. The regulator’s investigations showed that around 20% of 070 calls involved some sort of fraudulent activity.

Ofcom’s response? After a lengthy consultation it reduced the maximum wholesale termination rate on 070 numbers to the same level as for a call to a standard UK mobile number – around 0.5 pence per minute. Problem solved. Or at least mitigated.

And with such a sizeable market for telecoms fraud internationally, mitigation is the best that regulators, fraud-prevention specialists like BICS, and indeed the rest of us, can hope for.